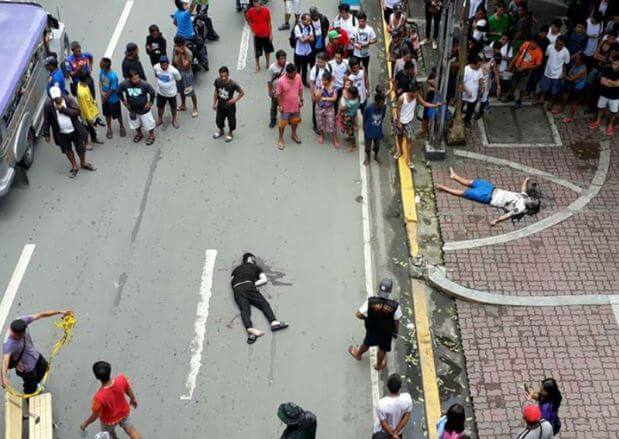 Two Chinese were killed yesterday in a reported shootout with lawmen during a drug sting at a warehouse in Tanza, Cavite where an estimated P1.9 billion worth of shabu was seized.

Aquino said PDEA agents and policemen, who posed as buyers, figured in the firefight with the suspects.

The lawmen seized 274 kilos of shabu that were wrapped in blue plastic bags. The drugs were found in carton boxes stored in the warehouse along Antero Soriano Highway in Barangay Amaya I.

“This operation started with a tip from a confidential informant,” Aquino said.

He cited intelligence reports revealing that the gang likely smuggled the drugs using a ship and dropped them somewhere off the coast of the Ilocos region.

The drugs were then fished out and transported by motorized bancas somewhere in Cavite. Aquino said most of the boxes of drugs were still wet, indicating they were thrown overboard.

Aquino suspects the group conducted the operation in the wee hours of the morning to evade the Philippine Coast Guard and the Philippine National Police Maritime Group.

The province of Cavite was the gang’s staging ground for repacking the drugs because of its proximity to Metro Manila where the shabu would be sold, Aquino said.

There were no other people caught inside the warehouse. An investigation is ongoing to determine the extent of the drug operation.

Last year, the PDEA also traced shabu shipments hidden in magnetic lifters in Cavite that slipped past the Bureau of Customs in Manila.