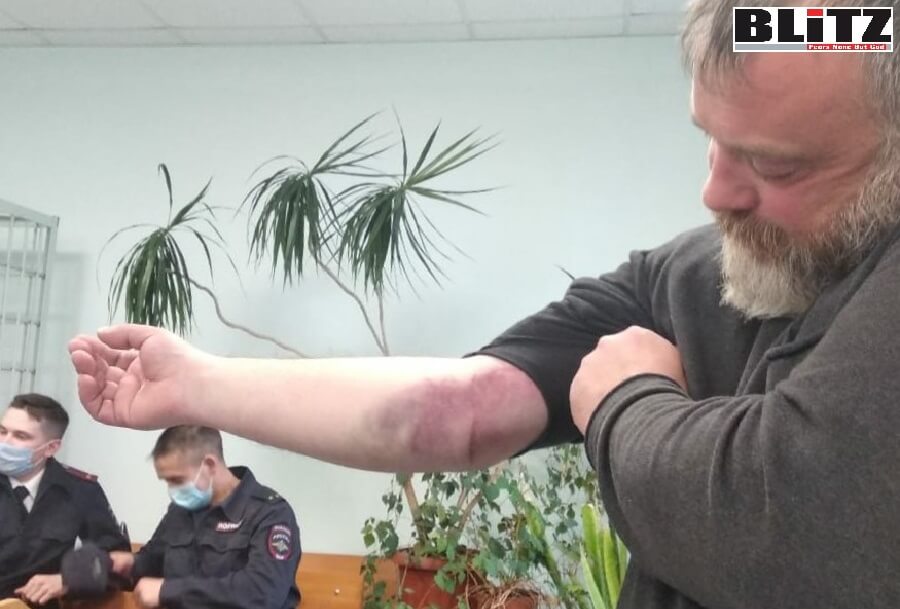 Russian authorities should not contest the appeals of journalists Aleksey Solovyov and Damir Manzhukov, and should release Solovyov from detention immediately, the Committee to Protect Journalists said in a statement.

On May 9, the Vysokogorsky District Court in Russia’s central Republic of Tatarstan convicted Solovyov and Manzhukov, correspondents for the independent news website Rosderzhava, on charges of interfering with traffic and disobeying police, according to news reports. The court sentenced Solovyev to five days of administrative arrest, and fined Manzhukov 2,000 rubles (US$27) and released him, those reports said.

The journalists did not admit guilt, Solovyov told CPJ, adding that police confiscated their equipment during the arrest and have not returned it. He said that he had already filed an appeal in his case, and that Manzhukov planned to appeal as well.

CPJ sent questions to Solovyov, who remains in detention, and the journalist gave written responses to his lawyer, who spoke to CPJ in a phone interview. The lawyer asked not to be identified by name, citing security concerns.

“Russian authorities should not contest the appeals of Rosderzhava journalists Aleksey Solovyov and Damir Manzhukov, and should ensure that their equipment is returned and that they can do their jobs without being pressured and persecuted by the state,” said Gulnoza Said, CPJ’s Europe and Central Asia program coordinator. “Russian law enforcement must stop punishing journalists for doing their jobs, and must investigate allegations of corruption instead of prosecuting journalists who report them.”

Rosderzhava is a news website that primarily writes about alleged police corruption. Solovyov and Manzhukov also cover those topics on their YouTube channels; Manzhukov’s channel Zhukman and Solovyov’s channel Aleksey Svist both regularly post videos that receive tens of thousands of views.

On May 8, Solovyov and Manzhukov were driving near the village of Biriuli in Vysokogorsky district, and planned to film a report about alleged corruption by traffic police, when they spotted a group of about six police officers at the side of the road, some of whom were allegedly failing to wear pieces of headwear that are required by all officers, according to those news reports and Solovyov.

The journalists stopped their car and questioned the officers, and Solovyev told them that he wanted to file a complaint about that violation, but they refused to accept the complaint, according to the journalist.

The officers then confiscated the journalists’ video cameras, phones, and dashboard camera, arrested them, and took them to the Vysokogorsky police station, according to those reports and Solovyov, who added that the officers did not have a warrant for those confiscations.

During their detention, police officers twisted the journalists’ arms, injuring Solovyov’s arm severely, he told CPJ. Solovyev told CPJ that the officers also twisted Manzhukov’s arm but did not injure it. Police tested both journalists for drugs and alcohol, and the journalists passed those tests, according to Solovyev and those news reports.

While in detention, Solovyov was examined at the Vysokogorsky District Hospital, where a doctor told him that his right arm had extensive bruising and inflammation, and would need an operation, he said.

The journalists have filed complaints to the Vysokogorsky police, alleging that officers illegally interfered with their work and unlawfully confiscated their equipment, according to Solovyov and those reports.