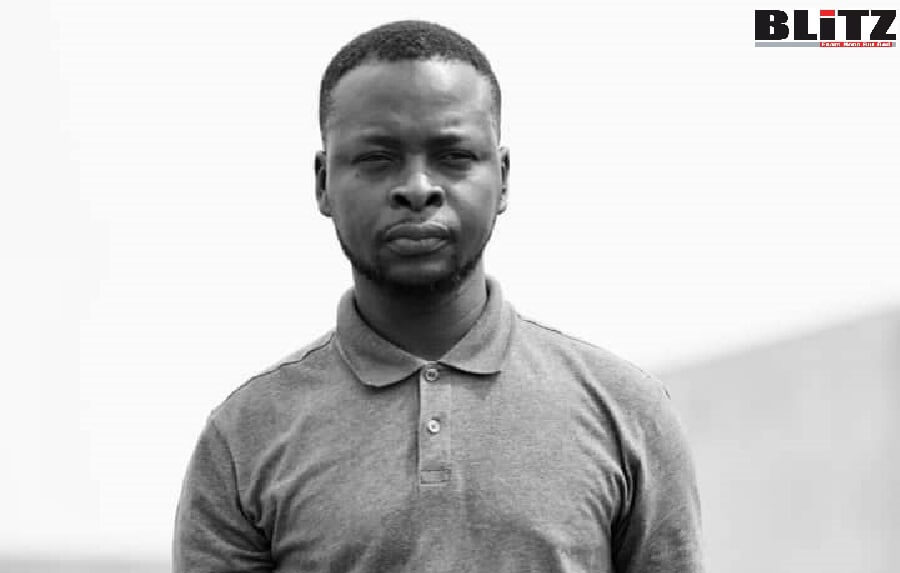 Police in Ghana should drop their investigation into journalist David Tamakloe and allow him to report freely, the Committee to Protect Journalists said in a statement.

On April 1, in Accra, the capital, four police officers in plainclothes arrested Tamakloe, editor-in-chief of the privately owned Whatsup News website, and detained him for about 24 hours at the city’s National Police Headquarters, seized his two phones and mobile hotspot, and then released him on bail on April 2, according to Tamakloe, who spoke with CPJ in a phone interview, and a report by the privately owned Myjoyonline news website.

Officers released Tamakloe on a bond of 100,000 cedi (US$17,300) and two sureties, and told him to return to the police station on April 6, according to news reports, Tamakloe, and a police statement reviewed by CPJ.

On April 6, Tamakloe returned to the police headquarters and said that officers asked him to sign a consent form allowing them access to his phones, but he declined. The officers allowed Tamakloe to leave the station without charge, and he retrieved his devices from them later that day, he said.

“Authorities in Ghana should be focused on protecting journalists like David Tamakloe, instead of coming up with new ways to harass and intimidate them,” said Angela Quintal, CPJ’s Africa program coordinator, in New York. “There was no reason to arrest or detain Tamakloe, or to seek access to his phones; any investigation into the journalist and his work should be dropped immediately.”

Officers arrested Tamakloe on April 1 immediately after he arrived at the Afrikiko hotel to interview Eunice Jacqueline Buah, a local politician and businesswoman, according to the journalist and Myjoyonline.

During his detention, officers told Tamakloe that Buah had filed a complaint against him, he said. The police statement accused Tamakloe of attempting to commit “extortion” and “publication of false news” under Sections 18, 151, and 208 of the 1960 Criminal Offences Act.

The Criminal Offenses Act lists extortion under Section 151 as a second-degree felony, a type of offense punishable by up to 10 years in prison; the publication of false news under Section 208 is listed as a misdemeanor, which can carry up to three years in prison. Section 18 of the act allows for convictions when someone attempts commit an illegal act, whether or not they accomplish it.

Tamakloe told CPJ that police declined to give him a copy of Buah’s complaint. He said that Buah requested the April 1 interview after he called her on March 31 for comment while reporting on authorities’ alleged seizure of shipping containers belonging to Buah’s shipping company.

On March 23, Whatsup News published an investigation alleging that Okyere had used his influence within Ghana’s security forces to settle a personal dispute. Tamakloe told CPJ said he did not know how Okyere was linked to his arrest or the case against him.

After spending the night in custody, on April 2 police officers took Tamakloe at gunpoint to his residence in Sakumono, a town in the greater Accra district, to search for an unspecified photo album, but returned to the police station without finding it, the journalist said.

Tamakloe told CPJ that, after he was released, a representative of Buah told him that she was not responsible for the extortion allegation, but did claim responsibility for the false news allegation.

Tamakloe also serves as vice president of the Private Newspaper Publishers Association of Ghana, a local trade group, he told CPJ. Tamakloe said he had not heard from police, Buah, or Okyere since April 6.

CPJ called and texted Buah for comment, but she did not respond. When CPJ called Okyere, he declined to comment about his involvement with Tamakloe’s case.

When CPJ called Ghana’s National police spokesperson, Sheila Kessie Abayie-Buckman, she referred CPJ to the Criminal Investigation Department’s Head of Public Affairs, Juliana Obeng. Obeng requested CPJ’s question be sent via email; CPJ sent those questions yesterday, today Obeng responded that they would be forwarded to another representative for a response.

In 2020, CPJ documented Ghana police’s acquisition of digital forensics technology designed to access and extract information from phones and computers.

In a statement the editorial team of Blitz has called upon the Ghanaian authorities to immediately drop investigation into journalist David Tamakloe and stop all forms of harassments on him and other journalists in Ghana.