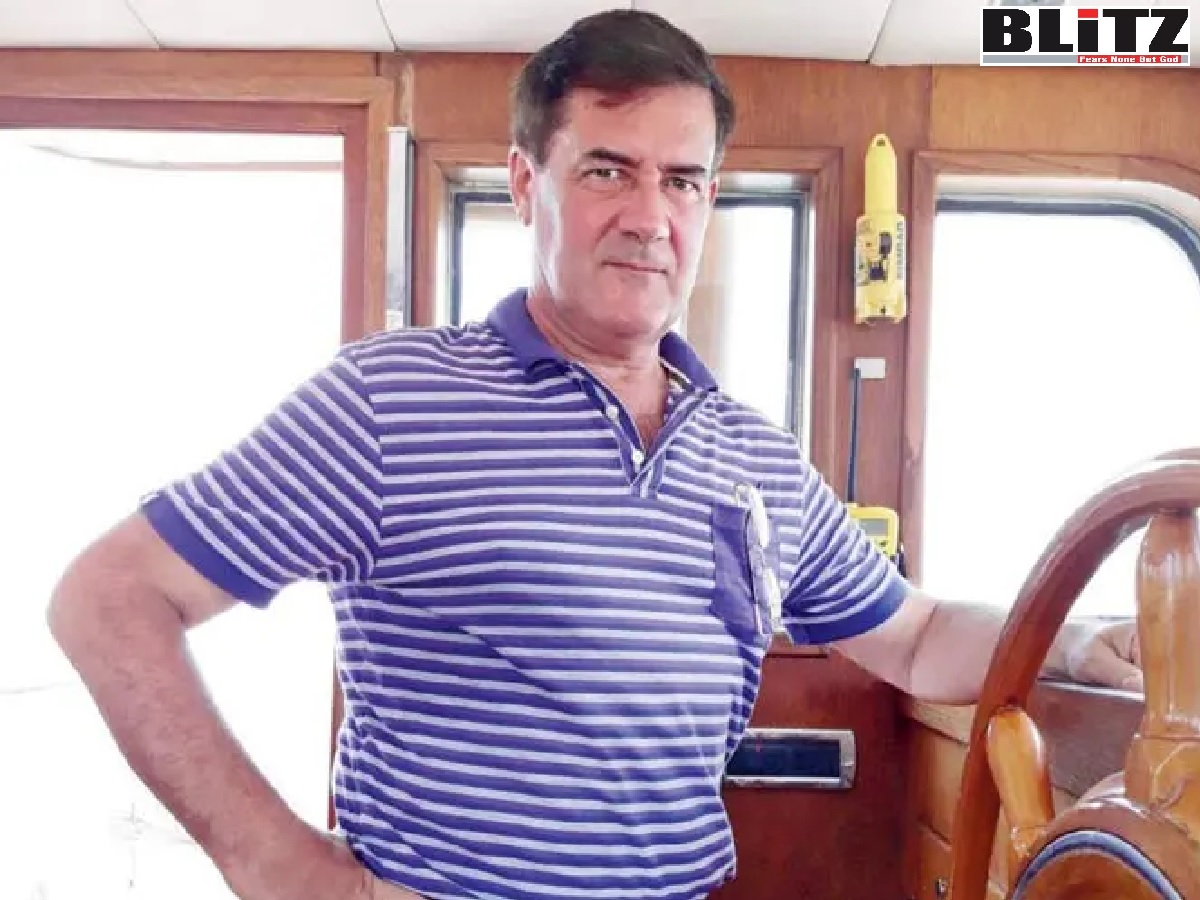 Abduction gators of Princess Latifa have gone into cave after stealing cash and gems worth over three million dollars. Earlier, members of this abduction racket continued outrageous propaganda against Vice President and Prime Minister of the UAE and Ruler of Dubai His Highness Sheikh Mohammed Bin Rashid Al Maktoum, while few of these propagandists were making lots of cash by fooling hundreds and thousands of individuals by falsely claiming, Princess Latifa has been locked-up in an isolated place.

According to media reports, Radha Stirling, a self-styled Criminal and Civil Justice Expert has claimed, she was contacted by Princess Latifa from the yacht named Nostromo when it was “attacked” by the “Indian and UAE forces”. According information available on the internet, Radha Stirling she isn’t a lawyer, didn’t go to any law school, and didn’t even graduate with a law degree.

Radha Stirling is one of the top propagandists, who was involved in spreading unverified information claiming Princess Latifa was abducted from a yacht named Nostromo. Although Stirling claims to be a Criminal and Civil Justice Expert, according to her previous partner David Haigh, she is not a lawyer and did not go to any law school and did not even graduate with a law degree.

Describing Radha Stirling, David Haigh wrote on his website: “The reasons for Ms Stirling and me parting company in 2018 are extensive but centre on a fundamental disagreement between us on what sort of campaigning entity we wanted to run. I believe that justice and protection of human rights in the UAE, and elsewhere in the Gulf, should be provided on the basis of need, not on who can pay or attract a good story. I wanted Detained in Dubai to be a genuine not-for-profit NGO, not a for-profit company with a sole shareholder (Ms Stirling). I was also concerned about Ms Stirling’s tendency to use high-profile cases to gain free publicity, referring to herself as a lawyer, when the reality I discovered was that she isn’t a lawyer, didn’t go to any law school, and didn’t even graduate with a law degree. Detained in Dubai, employs no professionally qualified staff, has no office, and even no insurance. I then discovered that, rather than file accounts to explain her profits from her claimed ‘10,000 clients in 10 years’ (a number that is frankly impossible), Ms Stirling sees her Detained in Dubai company compulsorily dissolved each time for failure to comply with English law and file accounts; she then sets up a new company with an identical name but new number, as any check of Companies House will show”.

According to information, Hervé Jaubert alias Oliver and Tiina Jauhiainen were the masterminds behind the foiled abduction attempt of Princess Latifa. The duo plotted the conspiracy of abducting the Dubai princess and later demand millions of dollars in exchange for her release.

The case of Tiina Jauhiainen

For the past few years, a Finnish woman named Tiina Jauhiainen has been fooling the international media with the false story of helping Princess Latifa of Dubai in “escaping” the United Arab Emirates and taking asylum in the US. Most of the large media establishments, including CNN, BBC, AL Jazeera etcetera were almost competing in branding Tiina as a noble individual or someone who had taken risk of her life in helping Princess Latifa, daughter of Dubai’s ruler in fleeing the country. But, no one ever did at least pay minimal attention to the fact that for Princess Latifa, who is known to the intelligence agencies in Dubai, it would be impossible to flee the country with a Finnish woman and cross the maritime boundary of the United Arab Emirates, deceiving eyes of the coast guards and navy. They did not dig into the matter further, to know the fact. And the fact is – Hervé Jaubert alias Oliver and Tiina Jauhiainen had masterminded the abduction plot with the nefarious agenda of holding her as hostage and demand millions of dollars from the Dubai royals.

Commenting on Dubai’s internal security apparatus, one former CIA agent, who works in a private security company that specializes in handling kidnapping and extortion cases told the Daily Beast: “Dubai is awash with intelligence [agents] from all over the world. It’s a very small place. It’s highly implausible that this young woman from the royal family could have escaped as easily as she did with no one seeing her and equally implausible that no one has eyeballed her since if she was returned to Dubai. Everyone talks there”.

Particularly in the case of Princess Latifa, it is someone who had made another escape bid few years ago before she had reportedly tried to flee Dubai with the help of Tiina Jauhiainen – it would be impossible to believe, she was not under constant surveillance. Moreover, Mary Robinson [Mary Therese Winifred Robinson], former president of Ireland, after meeting Princess Latifa in 2018, had categorically told the media that Latifa was a troubled girl and was under psychiatric treatment. So, for a female member of the Dubai royal family, with psychiatric issues and being a “troubled child”, it is impossible to swallow the ‘Dubai escape’ story of Tiina Jauhiainen and others.

On February 24, 2018, the official story went in a narrative that could be out of an old Charlie’s Angels episode, Princess Latifa allegedly escaped Dubai by crossing into Oman with another blonde Finnish woman named Tiina Jauhiainen. Her identity also is extremely smoky. Tiina has been claiming to be the martial art instructed to Princess Latifa to most of the media, while in the recent past, she changed the story and claimed to be the skydiving partner of the Dubai princess.

If we take the comment of the former CIA agent into cognizance then the story of fleeing Dubai through the sea using rubber boat would simply fall flat. Was there really any such incident at all!

Talking to Blitz, several intelligence officials in the US and a Middle Eastern nation said, the Latifa story has several plot holes.

Majority of those who were campaigning in favor of Princess Latifa hold serious grudges against the United Arab Emirates, of which Dubai is the most famous, in a region roiled by disinformation wars.

According to Hervé Jaubert, Tiina Jauhiainen and David Haigh, after eight days on the vast Indian Ocean, Princess Latifa and other members of the yacht was allegedly ambushed on March 4, 2018 by a “joint United Arab Emirates-Indian navy raid” on the high seas complete with masked men, tear gas, pools of blood, five warships with cannons and missiles, two planes, and a helicopter.

The first organization that rang the bell about attack on the yacht and “forcefully” taking Princess Latifa back to Dubai was Radha Stirling, CEO of Detained in Dubai – an anti-UAE and anti-Gul Nation outfit. 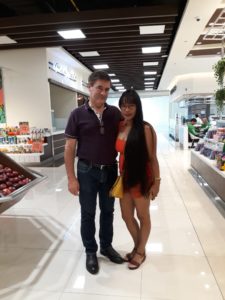 Among the partners of Detained in Dubai is an American convert to radical Islamic activism who served time for murder in Dubai and a lawyer and former investment banker who said he was imprisoned in Dubai for 22 months on charges of fraud and embezzlement.

One of Stirling’s partners Shahid Bolsen, 46, an American convert to Islam who was born Shannon Morris in Boulder, Colorado. In 2015, The New York Times described Bolsen as an “Internet provocateur” and the “latest in a series of Westerners, including the American citizens Anwar al-Awlaki and Samir Khan of Al Qaeda in the Arabian Peninsula, to turn up as propagandists for various forms of Islamist violence”.

Bolsen served seven years in prison for manslaughter in the UAE, a case involving the murder by chloroform of a German national, and allegations of sex for sale.

It may be mentioned here that, Hervé Jaubert (born 13 March 1956) is a former French Navy officer, marine engineer and DGSE secret agent. He moved to Stuart, Florida in the early 2000s where he set up a company to build and operate recreational submarines. He then moved his firm to the United Arab Emirates, branded as Exomos. In the aftermath of the global financial crisis in October 2008, Exomos ceased to exist. Jaubert was found guilty of embezzlement by a Dubai Court and has been sentenced to five years in prison and ordered to repay AED 14 million. Jaubert fled the country within the year after being accused of embezzlement and subsequently returned to Stuart, where he is a permanent US resident.

According to Jaubert’s account, he got to Fujairah, where a set of frogman’s kits was smuggled to him in parts. One night in May 2008, he put this frogman’s kit on, and an Arab woman’s abaya over it as a disguise. He slipped from his hotel to the beach at night disguised under the abaya and swam to the area’s only police patrol boat, which was in a coastguard station, and climbed onto the boat and clogged its fuel lines to prevent pursuit. Next morning, he made his escape on a rubber dinghy with a small outboard motor, and sailed and waited in international waters for six hours to a prearranged meeting with a former fellow spy in a sailing boat, just outside United Arab Emirates territorial waters. The sailing boat carried him in eight days to Mumbai in India, and from there in 2008 he went home to Florida.

After Jaubert fled, Dubai World and Dubai police accused Jaubert of embezzlement and escape, and said that at least two of his submarines he was contracted to work on did not work.

This correspondent tried to reach Hervé Jaubert alias Oliver and his wife Raquel Marquez over phone. But both the numbers were found to be switched off. A neighbor of the couple told this correspondent that Hervé and Raquel were on INTERPOL’s red notice for years, while they are known to locals as “dubious”. Another source based in Manila said, back in 2019, Hervé Jaubert and Raquel Marquez had scammed three hundred thousand dollars from a foreign national and since then they have been hiding. It said, Raquel Marquez visited Bangkok (Thailand) and stayed at Ambassador Hotel in Sukhumvit for receiving this cash. Later they made promises on numerous occasions of refunding the cash, but did not comply.