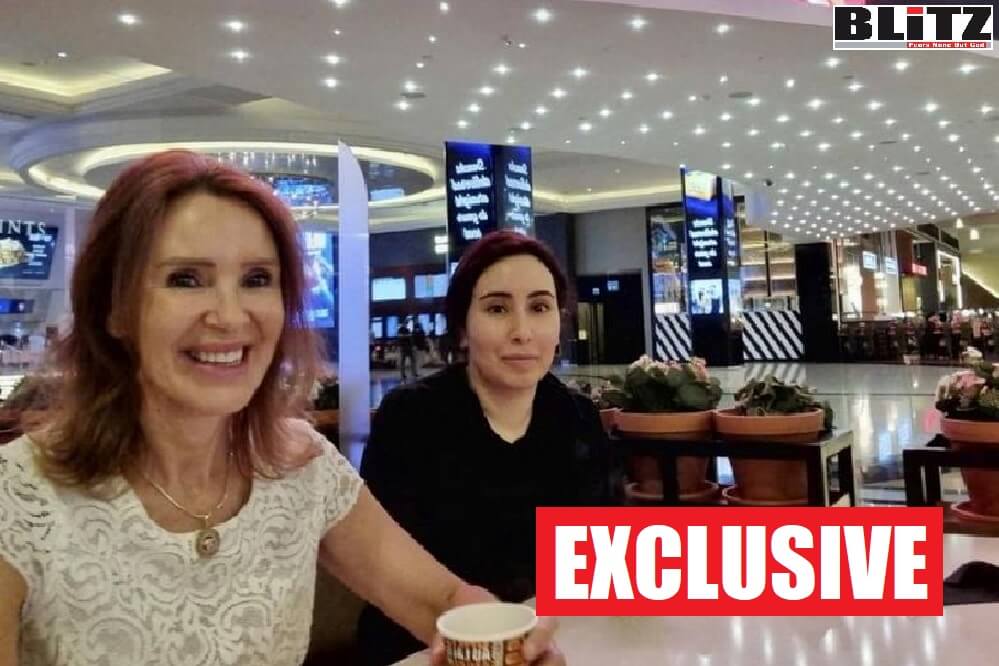 Princess Latifa, daughter of Dubai ruler Sheikh Rashid al Maktoum has been living peaceful life with her family. Princess Latifa also has recently visited three European nations. Still her abductors and those who have been making tons of money by running outrageous propaganda are continuing to mislead global media outlets. Meanwhile, according to credible source, Princess Latifa’s attorneys are considering legal action against David Haigh, Tiina Jauhiainen, Marcus Essabri and others with specific allegations of misleading the princess and attempted abduction and extortion charges. According to news reports, Tiina Jauhiainen and others have taken almost two million dollars from Princess Latifa by luring her in secretly leaving Dubai, while these criminals were plotting of holding the princess captive in a western country and extort at least US$ 50 million from her father, Sheikh Rashid al Maktoum.

Being once again misled by David Haigh and Tiina Jauhiainen, a number of Western media outlets have repeated the same conspiracy theory with the notorious agenda of twisting facts. British newspaper The Guardian in its report titled ‘Statement purporting to be from Dubai’s Princess Latifa says she is free to travel’ wrote: A statement issued by Princess Latifa’s lawyers, purporting to come from the daughter of Dubai’s Sheikh Mohammed bin Rashid al-Maktoum, declared she could now “travel where I want” a day after a picture of her in Madrid airport appeared online.

Meanwhile, Taylor Wessing, a global law firm that serves the world’s most innovative people and businesses, has already warned several individuals, including scammer David Haigh, Tiina Jauhiainen and Markus Essabri with the instruction of refraining from further playing with the Princess Latifa case and from fooling people around the world with false propaganda against Sheikh Mohammed bin Rashid al Maktoum and Princess Latifa.

The law firm has also written to Tom Steinfort and warned him to refrain from using fictious stories of David Haigh in the book. Any mention of defamatory and false propaganda centering Princess Latifa would cause legal consequences.

The brief remarks are the first time that Latifa has been quoted since her dramatic flight from the emirate three years ago, though the lawyers, Taylor Wessing, insisted they should only be reported as coming directly from the princess herself.

On Sunday, a picture had appeared on Instagram showing Latifa posing with a British friend, Sioned Taylor, at the Spanish capital’s main international airport, accompanied by a caption saying they were having a “Great European holiday”.

Responding to questions about the photograph, Taylor Wessing issued a statement, which the lawyers said came from Latifa. “I recently visited 3 European countries on holiday with my friend,” it began.

“I asked her to post a few photos online to prove to campaigners that I can travel where I want. I hope now that I can live my life in peace without further media scrutiny. And I thank everyone for their kind wishes.”

Princess Haya, daughter of Jordan’s King Hussein fled Dubai in April 2019 when her illicit romantic relations with British bodyguard Russel Flowers got exposed. According to media reports, Princess Haya was getting secret patronization from her brother Princess Ali, as well as the Qatari rulers. Subsequently, the ruler of children to Gulf kingdom, which was wrongfully barred by Judge Andrew McFarlane.

In the court, Princess Haya and her cohorts misled Judge Andrew McFarlane with the false claim of Princess Latifa been abducted and put into isolation by Sheikh Rashid al Maktoum.

Soon after the documents of the impugned judgement were published, Sheikh Mohammed called the ruling one-sided and strongly denied the claims.

“As a head of government, I was not able to participate in the court’s fact-finding process. This has resulted in the release of a ‘fact-finding’ judgment, which inevitably only tells one side of the story,” the sheikh said in a statement. “I ask that the media respect the privacy of our children and do not intrude into their lives in the UK”.

Meanwhile, legal experts said, what Tiina Jauhiainen and others have done by luring Princess Latifa to flee Dubai is a criminal offense. Moreover, Tiina and her gang members were planning to forcefully held Princess Latifa captive and extort millions of dollars as ransom from Sheikh Mohammed bin Rashid al Maktoum. This crime racket reportedly was even planning to murder Princess Latifa once they succeeded in extorting the ransom amount. Legal experts are demanding an international investigation into the case of attempted abduction of the Dubai princess and they want those perpetrators of crime to be punished.

According to credible source, Princess Latifa’s lawyers are actively considering taking legal actions against her abductors, including Tiina Jauhiainen.