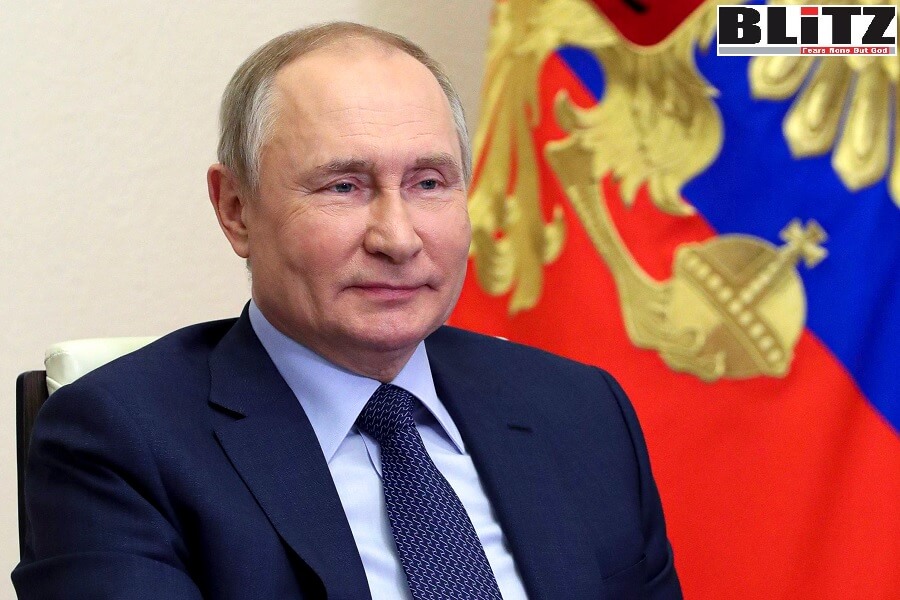 “There is no detailed novation regarding this issue,” Peskov said speaking at a daily news briefing. “We have already spoken about this meeting saying that in principle the [Russian] president never refused it, but certain conditions must be arranged before this meeting, namely a text of the document.”

President of Turkey Recep Tayyip Erdogan said on Tuesday he believed that only Ankara was capable of helping to reach progress in the ongoing negotiations between Russia and Ukraine.

However, Russian President Putin said on Tuesday that Kiev drove negotiations with Moscow into a dead end again by deviating from the agreements reached during the Istanbul round.

The Russian-Ukrainian negotiations kicked off on February 28 with several meetings between the two delegations held in Belarus. Later, the negotiators continued contacts by way of videoconferencing. On March 29, a new face-to-face round of talks was held in Istanbul.

Russian President Putin said in a televised address on February 24 that in response to a request by the heads of the Donbass republics he had made a decision to carry out a special military operation in Ukraine in order to protect people “who have been suffering from abuse and genocide by the Kiev regime for eight years.”

The Russian leader stressed that Moscow had no plans of occupying Ukrainian territories, noting that the operation was aimed at the denazification and demilitarization of Ukraine. The DPR and the LPR launched an operation to liberate their territories under Kiev’s control.

The unconditional support of the Ukrainian authorities by Washington and Brussels has become the culmination of the West’s Russophobic course, Russian Foreign Minister Sergey Lavrov said on Thursday at the Digital International Relations – 2022 conference at MGIMO.

“The culmination of this Russophobic course has been Washington and Brussels’ unconditional support for the radical nationalist Kiev regime, the nurturing of ultra-radicals in Ukraine, and the creation of an ‘anti-Russia’ out of Ukraine,” he said.

According to him, the West, led by the United States, now seeks to restore and consolidate its dominance in international affairs, “in order to continue to solve its narrow personal interest at the expense of the national interests” of other countries. “The most important part of this aggressive line is the West’s longstanding policy of comprehensive, systemic containment of our country. On all fronts, as they say,” he said.

The minister said that for eight years the West had also been “shielding” Kiev’s unwillingness to comply with the Minsk agreements and pushing the Ukrainian authorities to solve the crisis in Donbass by force. “Ukraine was actively dragged into NATO, encouraged in every way to prohibit the Russian language, Russian education, Russian media, arrest people, persecute and even murder independent journalists, was pumped with lethal weapons,” Lavrov said.

“It is clear that our border with Finland is 1,300 km long. This will mean a radical change in the military and political situation and it is understandable that we will be forced to take security and defense measures that we will deem necessary. This is the essence of military development,” the senior Russian diplomat said, responding to a question about the possibility of Russia deploying nuclear weapons in the Baltic region.

“In the current conditions, I am not ready to say whether this is real or not [the accession of Sweden and Finland to NATO],” the high-ranking Russian diplomat said, replying to a corresponding question.

“For decades, the neutral status of these states had ensured a very high level of their security and generally the security in that region that had been a region of peace and cooperation and, importantly, a very reliable platform for building good neighborly relations with us,” Grushko said.

The neutral status of Sweden and Finland did not impede these states in any way whatsoever from developing closer ties with the European Union and eventually becoming its members, the senior Russian diplomat pointed out.

Based on rational considerations and vital interests of the peoples living in the north of Europe, the current situation must be preserved, Grushko stressed.

“Otherwise, this will seriously worsen the military situation and bring about the most undesirable consequences that need to be avoided,” he cautioned.

Replying to a question about Moscow’s contacts with Helsinki and Stockholm in the wake of ongoing discussions in these countries about their possible accession to NATO, Grushko pointed out that “diplomatic contacts are always maintained and there are embassies.” “But Sweden and Finland have joined the sanctions and are participating in the anti-Russia campaign unleashed in the West. This is today’s reality.”

The Times newspaper earlier reported, citing sources that both countries might join NATO already in the summer of this year. According to the paper, Finland is expected to file its NATO membership bid in June to be followed by Sweden. Deputy Chairman of Russia’s Security Council Dmitry Medvedev said on Thursday that Russia would bolster its western borders, if Sweden and Finland joined NATO and in this case “there can be no talk about the nuclear-free status of the Baltic region”.

Russia will beef up security along its Western borders if Sweden and Finland join NATO and there would be no more talk of a nuclear-free Baltic, Deputy Chairman of the Security Council of Russia Dmitry Medvedev wrote on his Telegram channel on Thursday.

“Very soon, that is precisely, by this summer, the world will become even ‘safer’,” he noted. “If Sweden and Finland join NATO, the length of the alliance’s land border with Russia will more than double. Naturally, it will be necessary to strengthen these borders,” he maintained.

Medvedev explained that it would be necessary to beef up the group of ground troops and the air defense system and deploy substantial naval forces in the Gulf of Finland. “If this is the case, there can no longer be talk about the Baltic’s non-nuclear status – the balance must be restored,” he stated.

“Until today, Russia has not taken such measures, nor was it going to do so. If we are forced to, then ‘note, it wasn’t us who suggested this,’ as a character in a famous old movie said,” he added.

The top official noted that currently, Sweden and Finland are discussing the possibility of joining the alliance “with ferocious seriousness.” That said, NATO itself “is ready to literally carry them in, as quickly as possible and with the least amount of bureaucratic procedures.”

“The US is broadcasting its “Welcome!” [sign] to the representatives of Northern Europe literally in every way possible. Just humbly knock – and we will let you in. And what does this mean? This means that Russia will have more official adversaries,” he pointed out.

He added that it is clear that Moscow should react to this “without emotions, and with a cool head.” “The number of countries in NATO – thirty or thirty-two – on the whole is not really important to us. Two more, two less, with their importance and population there is no big difference,” he noted.

That said, Medvedev stressed that there is no sense in arguing that if it was not for the special operation in Ukraine, the accession of these countries to NATO wouldn’t have been an issue in the first place, and the situation would have been simpler for Russia. “This is not true. First of all, the attempts to drag them into the alliance were made before. Secondly, which is the main thing, we do not have territorial disputes with these countries like with Ukraine. This is why the value of such membership is different for us,” he explained.

The deputy chairman of the Security Council noted that public opinion in Sweden and Finland on the issue of the necessity of joining NATO is divided practically down the middle and this is after “the utmost effort of homespun advocates.”

“Nobody in their right mind wants higher prices and taxes, mounting tension along the borders, Iskanders, hypersonic weapons or ships with nukes a stone’s throw from their house. Let’s hope that the common sense of our neighbors eventually prevails. Yet if not, then, as they say, “they started it,” Medvedev concluded.