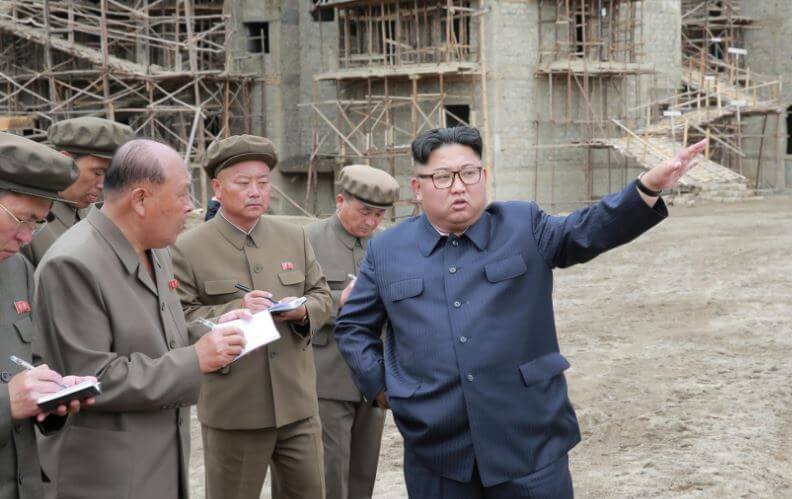 The Beyond Parallel program at the Center for Strategic and International Studies identified the bases in its report while stating, “These missile operating bases, which can be used for all classes of ballistic missile from short-range ballistic missile (SRBM) up to and including intercontinental ballistic missile (ICBM), would presumably have to be subject to declaration, verification and dismantlement in any final and fully verifiable denuclearization deal.” The report also points out that the missile operating bases “are not launch facilities.”

A satellite image analyst and co-author of the report, Joseph Bermudez Jr., told The New York Times that the effort North Korea has put into the bases “is impressive.”

“It looks like they’re trying to maximize their capabilities. Any missile at these bases can take a nuclear warhead,” he told the Times.

Kim had later in the day agreed to a second summit with President Donald Trump at the “earliest possible date.”

“If the U.S. keeps behaving arrogant without showing any change in its stand … the DPRK may add one thing to the state line for directing all efforts to the economic construction adopted in April and as a result, the word ‘pyongjin’ (simultaneously conducting economic construction and building up nuclear forces) may appear again and the change of the line could be seriously reconsidered,” according to a statement from the North Korean Foreign Ministry.

Trump said in September that sanctions will remain in effect against North Korea until denuclearization takes place.

When he spoke at the United Nations earlier this year, Trump said he and Kim had “highly productive conversations and meetings,” and they had agreed it was in both parties’ best interests to pursue the denuclearization of the Korean Peninsula.

And, the second U.S.-North Korea summit with Kim Jong Un is probably happening “quite soon,” Trump had told reporters that week.

The President has also pointed out how his relationship with Kim has improved since last year, when it felt like every other week there were reports of North Korea firing off nuclear missile tests.

The State Department gave the following statement to the Times this week: “President Trump has made clear that should Chairman Kim follow through on his commitments, including complete denuclearization and the elimination of ballistic missile programs, a much brighter future lies ahead for North Korea and its people.”

Meanwhile, South Korea said this report is “nothing new” and that the characterization of the missile activity is a “great deception,” as North Korea has never promised to dismantle its military bases, a South Korean spokesman for President Moon Jae-in told the Times.

“North Korea has never promised to dismantle its missile bases, nor has it ever joined any treaty that obligates it to dismantle them. So calling this a ‘deception’ is not appropriate,” spokesman Kim Eui-kyeom said. “If anything, the existence of these missile bases highlights the need for negotiation and dialogue, including those between the North and the United States, to eliminate the North Korean threat.”