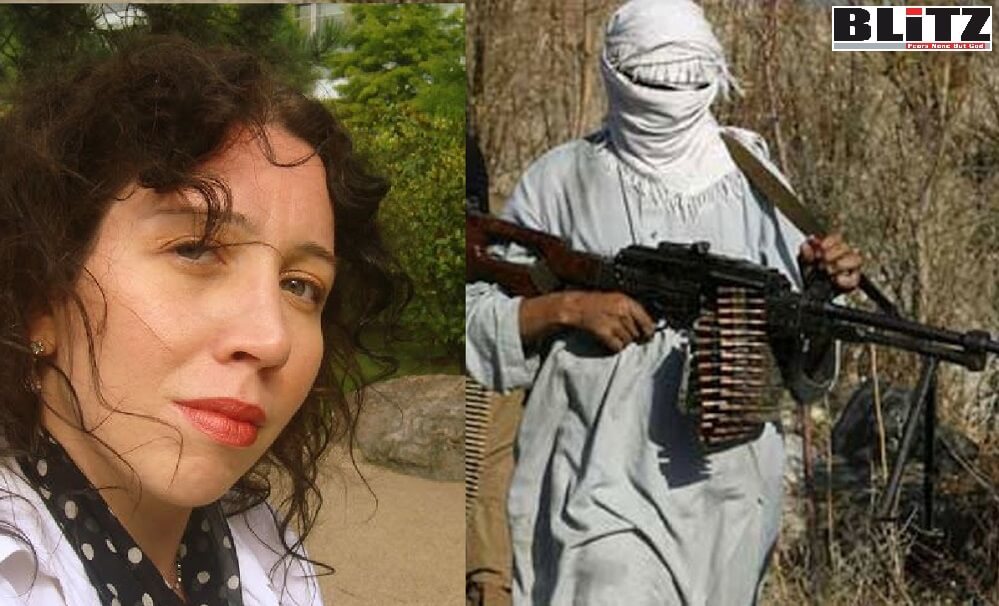 Radha Stirling, the self-styled human rights defender has past track record of direct connections with Al Qaeda operatives. And according to media reports, she is a fake lawyer.

While investigating the case of foiled attempt of abducting Princess Latifa and later extorting millions of dollars, a mysterious content came to our attention. It was a paid content published in News Line, Philippines (on April 17, 2018) and written by Henri Abenis-Macahilo. Meaning, this content was written by someone in the Philippines.

Last month, videos and articles about a ‘runaway Dubai princess’, Hervé Jaubert a former French spy and a certain Tiina Jauhiainen, a Finnish citizen on board a yacht in the middle of the Indian Ocean, who were seized by Indian and UAE joint forces on March 4 circulated.

According to reports, the spy and the Finnish woman were helping the ‘runaway princess’ get to India, where she would take a flight to seek asylum in the United States.

A few weeks after the incident, statements of Jaubert and Jauhiainen were released by a firm called Detained in Dubai (DiD), a London-based NGO that was said to have been formed “to assist wrongfully accused individuals” in the United Arab Emirates, detailing the events that surrounding their mysterious if not utterly preposterous ordeal.

In his statement Jaubert explained that UAE officers boarded the Nostromo, which he owns, immediately after Indian forces had taken control of it. The Indian Coast Guard refueled the yacht, and the journey began back to the Emirates where they claimed to have been interrogated for two weeks before being released.

Radha Stirling, CEO of DiD, claimed she was contacted by the princess and Jaubert from aboard Nostromo and was “instructed to work on their behalf”.

The lady barrister has so far filed a formal complaint with the United Nations regarding the actions of the UAE and India citing that the two countries have violated International Law for commandeering an American-flagged vessel on international waters.

She also said to have called for an independent investigation into the events surrounding the attempted escape, the seizing of the vessel, as she alleged that Jaubert, Jauhiainen, and the three Filipino crew members have been abducted.

David Haigh, Stirling’s patner [partner] at DiD [Detained in Dubau], has also released a statement calling for the resignation of all the former English judges sitting in the UAE courts under Sheikh Mohammed bin Rashid al-Maktoum, whom he claims to personally profit from English laws reputation to support the ruler’s regime.

Haigh also urged all international companies around the world to consider their base and investment in the UAE until such time that the princess is released.

DiD has contacted Scotland Yard on March 5 and reported the ‘runaway princess’ as a missing person.  Haigh is currently appealing for lawyers and investigators to offer their assistance.

Agenda Behind the Rescue Attempt

While the news websites that published the stories on the controversial YouTube video and the dramatic escape attempt that could only match a scene from an action movie, either cannot verify or still in the process of verifying the authenticity of their source(s) and the people involved in the story, the names of Stirling, along with its partners Shahid Bolsen and David Haigh kept on surfacing in the published related articles.

But even before DiD and the people behind it, were entangled in the story of this mysterious ‘runaway princess’, they themselves have been shrouded by their own share of controversies. Stirling for her role as a “defender” of convicted criminals in the UAE; Bolsen, a notorious murderer convicted for killing a German engineer in Dubai in 2006 and known to have a connection with the terrorist group, Al Qaeda and Haigh who was sued by his former employer Gulf Finance House (GFH) at the Dubai International Financial Centre Court in 2013 for fraud and embezzlement.

Some netizens conjecture that these colorful characters are embarking on a “payback time” mission against the Dubai authorities who impede their lofty ambitions to make it big in the city of dreams.

In an attempt to bring this baffling controversy to light, we have unearthed some facts about the personalities behind the plot that seems to grow grayer as it is being retold.

The Minds Behind the Rescue Attempt

Detained in Dubai, according to its website is a non-government organization formed “to assist people who have become victims of injustice in the United Arab Emirates”. It claims to have been working with international lawyers “for multi-jurisdictional conflicts” and with law firms in the UAE.

“We assist with case strategy, press, negotiating the legal system in the UAE and whatever it takes to achieve a positive outcome for you. We assist people who are facing sometimes unbelievable situations that they never imagined possible, some with extensive international business and travel experience,” a statement says in its website.

However, in a March 22, 2018 article titled, “Doubts cast over Detained in Dubai’s credentials”, The National featured an interview with two of DiD’s clients and one of whom paid a substantial fee for its services.

One of the cases involved a US citizen who was teaching in Abu Dhabi before bouncing two cheques and being jailed for 17 days in 2015. She is now subject to a travel ban and has sought advice on how to resolve her situation so she can return to the US, the report said.

The other one involved a medical negligence dispute with the family of the Pakistani victim who suffered brain injuries seeking advice on how to resolve a claim for damages that reached stalemate in Dubai’s courts.  According to The National, the family claimed to have paid out thousands of euros in advance to Detained in Dubai to help raise the profile of the case.

Radha Stirling, DiD founder and CEO

Radha Stirling founded DiD in 2007, following a colleague’s detention. In DiD’s official website, Stirling said to have established the organization “in response to demands”. She claims to have helped foreigners abroad, regardless of their citizenship and financial status through DiD.

She is also a staunch advocate for changes in the legal system of the United Arab Emirates (UAE).

Some entities claim that Stirling had defended people who have been found guilty of criminal cases in Dubai including drug dealing, scamming, money laundering and bribery.

Her association with Shahid Bolsen, who was previously charged for affiliating with terrorist group al Qaeda is also leaves her credibility as justice advocate in question.

Shahid Bolsen, born in Boulder, Colorado, USA was 43 years old, when he was named along with other Westerners, including the American citizens Anwar al-Awlaki and Samir Khan to have been involved with the terrorist group Al Qaeda in the Arabian Peninsula, and known as propagandists for various forms of Islamist violence.

Bolsen was reported to have been responsible for the February 2015 bombings of KFC restaurants, banks, mobile phone shops and other corporate outposts in Cairo, Egypt. Writing from an online post in Istanbul, he allegedly called on Egyptians to start off-hour attacks and urged assaults on the military’s commercial interests instead of its security checkpoints, reported The New York Times.

GFH sued Haigh in the Dubai International Financial Centre Court, alleging he had from April 2013 fabricated dozens of invoices in the names of companies with which GFH had done business, causing £3m to be paid into his own bank accounts.

GFH Capital’s chief executive, Jinesh Patel, told the Guardian he uncovered the missing £3m and false invoices, which Haigh denied, soon after he took over Haigh’s position and conducted a review of the finances. The new CEO said GFH alerted its financial regulator and the police in both Dubai and England after discovering the alleged fraud.

Haigh a self-confessed activist, portraying himself as DiD solicitor who campaigns for people involved in brushes with the law in the UAE, was later on reported by The National that he does not have a certificate to practice law in the UK, the profession’s regulatory body revealed.

Given the multihued background of the players involved, this controversial story about the “missing princess” is now raising more questions than answers as the narrative continues to unfold.

Radha Stirling’s association with Shahid Bolsen, who was previously charged for affiliating with terrorist group al Qaeda also leaves her credibility as justice advocate in question. Moreover, it is also proved, Stirling’s claim to be a lawyer is totally false. Authorities concerned should investigate the case of Radha Stirling and her possible connections with other militancy outfits.