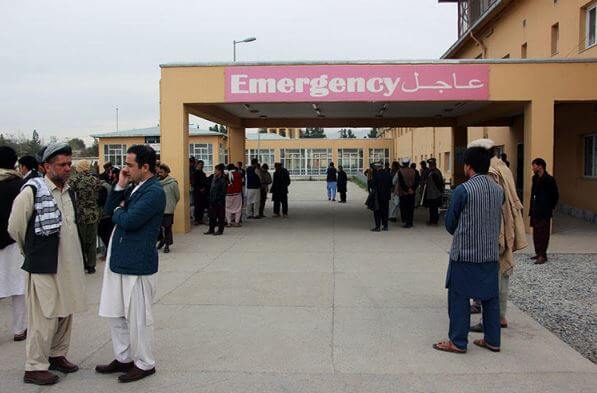 The Committee to Protect Journalists calls on Afghan authorities to promptly investigate and bring to justice those responsible for February 5th killing of two journalists in Taloqan, the capital city of northern Takhar province.

Shafiqullah Arya and Rahimullah Rahmani were shot and killed by two unidentified men who entered the office of Radio Hamsada, a local radio station based in Taloqan, according to news reports. The two were killed during a live program around 6 p.m., the provincial spokesman and the provincial police chief said, according to news reports. Semim Hussaini, the director of the station, and police both told Reuters the motive behind the attack was unclear. CPJ was unable to contact Hussaini because her phone was switched off.

The gunmen fled without being identified and police are investigating the attack, Jawad Hejri, the Takhar governor’s spokesperson, told Reuters.

“The attack on Radio Hamsada and the killing of Shafiqullah Arya and Rahimullah Rahmani underscores the dangerous environment journalists in Afghanistan operate in every day,” said Steven Butler, CPJ’s Asia program coordinator, from Washington, D.C. “Authorities in Afghanistan should do everything in their power to investigate the attack, uncover the motive behind it, and bring the killers to justice.”

Afghanistan was the deadliest country for journalists in 2018, according to CPJ research, with 13 journalists killed in connection with their work. The country ranks sixth on CPJ’s Impunity Index, which ranks states with the worst records of prosecuting killers of journalists.