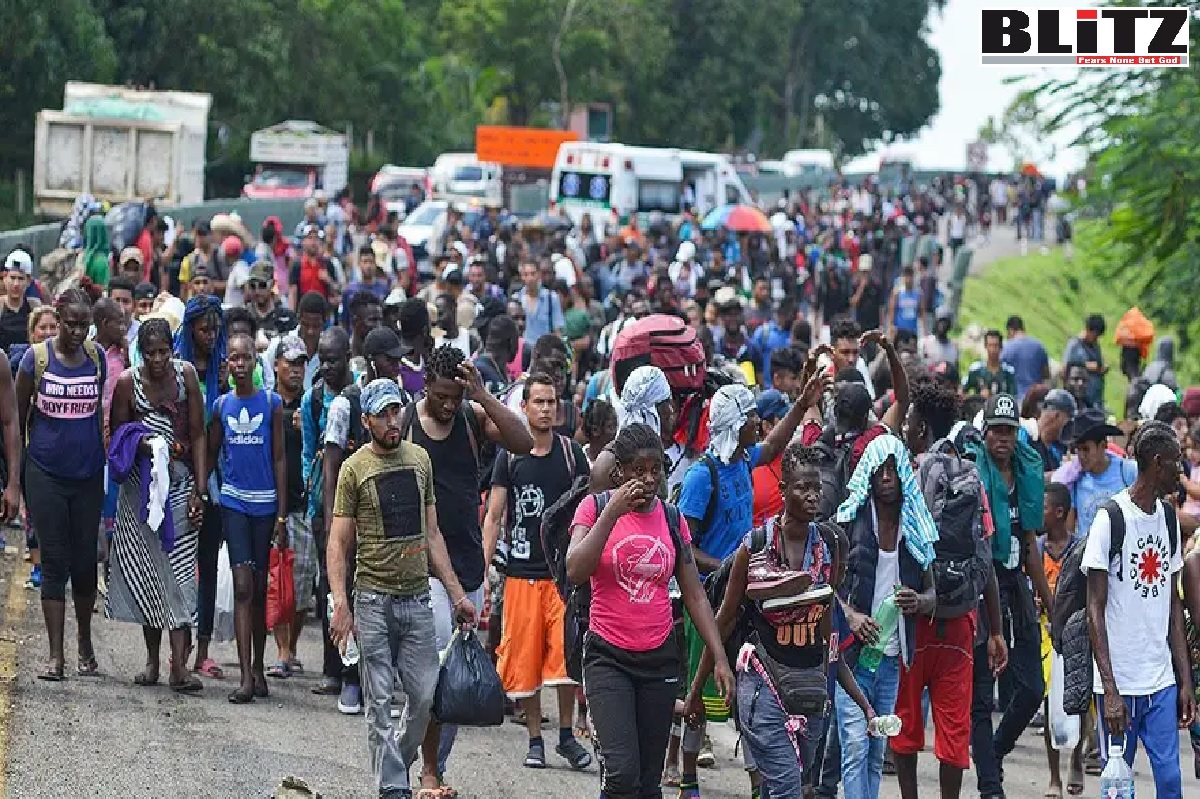 The number of illegal migrants entering the US through US-Mexico border would shatter all Department of Homeland Security records. According to The Daily Caller, only during May 2022, border authorities encountered 239,416 migrants at the southern border, US Customs and Border Protection (CBP) announced. May’s encounters exceeded April’s record of 234, 088 migrants encountered since Department of Homeland Security began recording southwest border encounters. Roughly one quarter of those encountered at the southern border had already been encountered in the last year by border authorities and 69 percent were single adults, according to CBP. The number of unaccompanied children was 14,699, a 21 percent increase from May.

The Daily Caller News Foundation observed hundreds of migrants crossing into the Yuma sector in late May from mainly Colombia and Peru, while others were from Central America, Eastern Europe and South Asia [particularly Afghanistan, Myanmar, Pakistan and India]. The crossings occurred when the pandemic public health order Title 42, which used to quickly expel migrants, was set to end before a federal judge.

The Daily Caller News Foundation interviewed several migrants who said, after they crossed into Yuma, they were taken into Border Patrol custody and later released to nongovernmental organizations, where they obtained travel and made their way to family and friends in the United States. Many of them were released with court dates in 2023.

CPB Commissioner Chris Magnus claimed that single adults and families are “expelled, where appropriate, under Title 42”. There were 100,699 migrants expelled under the order in May, according to CBP.

“As temperatures start to rise in the summer, human smugglers will continue to exploit vulnerable populations and recklessly endanger the lives of migrants for financial gain”, Magnus said. “The terrain along the Southwest Border is extreme, the summer heat is severe, and the miles of desert that migrants must hike after crossing the border are unforgiving. Our message to those who would try and gain illegal entry to the United States remains the same – don’t make the dangerous journey only to be sent back”.

But no one is really paying any heed to such calls. Instead, they are becoming increasingly willing to somehow enter the United States as they hear rumor about Joe Biden’s presidency coming to an end following this November’s midterm elections, which would seal the “golden opportunity” to the illegal migrants in entering the US.

Meanwhile, according to NBC report, the Department of Homeland Security plans to transport migrants awaiting immigration proceedings from U.S. cities along the southern border farther into the interior of the country, beginning with Los Angeles in the coming weeks, according to internal documents obtained by NBC News.

Typically, migrants who are allowed to stay in the country and make asylum claims are released to shelters run by religious and nongovernmental organizations after they are released from CBP custody. From there, the migrants pay for flights and bus transportation to cities where they go before immigration judges who will rule on their asylum claims.

The new model would use federal funds to send migrants to shelters in cities farther inside the country before they go to their final destinations. Besides Los Angeles, they will be sent to Albuquerque, New Mexico; Houston; Dallas; and other cities. DHS is working with shelters in each of the cities in advance of moving migrants. The agency’s Southwest Border Coordination Center, which combines officials from the Federal Emergency Management Agency, Immigration and Customs Enforcement, CBP and other agencies, is coordinating the effort.

Internally, DHS officials have jokingly referred to the model as the “Abbott plan”, an official said, referring to Texas Gov. Greg Abbott’s decision to bus migrants from Texas to Washington, DC, to bring the migrant surge to the feet of the nation’s political leaders.

Many migrants have accepted the free 30-hour ride to Washington to get closer to final destinations on the East Coast. Now, the official said, DHS is taking a page from Abbott’s book and paying for buses and flights itself to alleviate overcrowding.