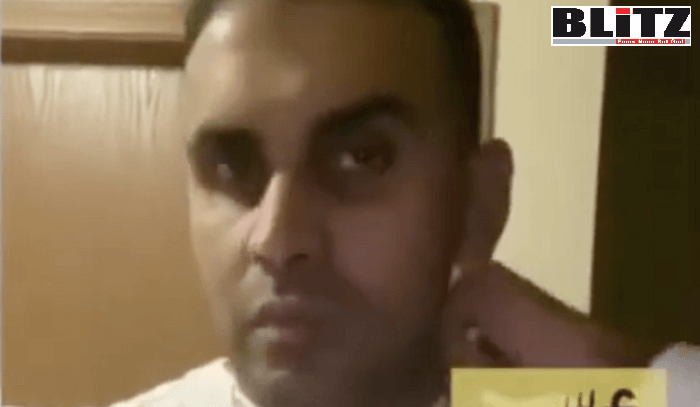 Renowned Kuwaiti journalist Muhammad Al-Moamen officially announced through his Twitter account of leaving Islam and embracing Christianity. He is currently living in an undisclosed location outside Kuwait, because of possible threats from the radical Muslims and members of jihadist groups. Samir A. Zedan gives details:

Since ISIS briefly took control of parts of Syria, some Muslims have had difficulty living in harmony with their faith, especially as a result of the atrocities committed in the name of Islam.

Kuwaitis on Twitter circulated a video clip of journalist Muhammad Al-Moamen declaring his renunciation of Islam and conversion to Christianity. He is currently living in an undisclosed location outside Kuwait.

Al-Moamen wore a cross in a video clip and attached it with the words, “I am determined, I know who the Lord is, I understand life, and I live now.”

He added that “Anything that we see related to saying I adopted Christianity for the purpose of fame, you will be upset, this is not a threat.”

He concludes his video by saying “We are the children of Jesus Christ son of Mary.” “In the name of the Father, the Son, and the Holy Spirit,” he said, assuring that there would be no debate on this matter.

Mohammad Al-Moamen is the grandson of Kuwaiti broadcaster Hamad Al-Moamen, one of Radio Kuwait’s founding fathers. His conversion to Christianity was a shock to numerous social media activists in Kuwait and the Gulf region in general.

Although he made clear that he was fully responsible for his decision, he was accused by many activists of suffering from mental issues for becoming Christian. Mohamad Otaibi, a Kuwaiti social media activist, tweeted, “There is no justification for any Muslim who changes his religion, but according to the video released by the broadcaster Muhammad Al-Moamen, I see in no room for doubt that he suffers from psychological disorders and lives in a state of confusion and disorientation. This is reflected in his appearance, health, and thinking.”

Some progressives blame the radicalism of the Wahabi ideology as a major catalyst for the defection. “His conversion to Christianity is not because of his conviction, but rather because of the contradictions of Sunni doctrine. The Wahhabi ideology has become the religion of most of the Sunnis. Because of its confinement and failure to answer questions of social life and interpretation, it is the main reason [for others] to defect to other religions,” wrote Shafy Alajeel on Twitter.

Some social media influencers opted for a different approach by spreading the claim that the renowned journalist actually comes from a Shiite family instead of a Sunni family. Such claims are commonly used to exonerate the Sunni faith and accuse Shiites of wrongdoing.