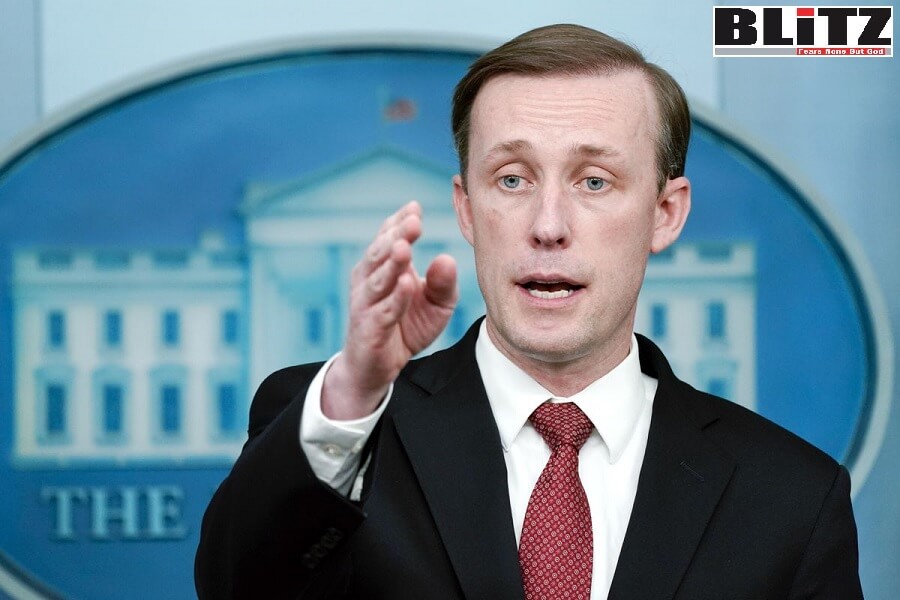 Republicans are asking how Jake Sullivan can possibly carry out the task of being Joe Biden’s chief foreign policy adviser when he pushed the bogus Trump-Russia collusion narrative and then lied about it to Congress.

Tennessee Republican Sen. Marsha Blackburn called for Sullivan to resign or be fired if Durham’s allegations are true.

“Jake Sullivan’s involvement in the Russia collusion hoax is a clear conflict of interest, and he should not be allowed to speak on behalf of the U.S. as Russia-Ukraine tensions heighten,” Blackburn said on Monday.

Sullivan, the current national security adviser, was representing Hillary Clinton’s campaign when, one week before the 2016 presidential election, he amplified a Slate report “showing that the Trump Organization has a secret server registered to Trump Tower that has been covertly communicating with Russia.”

Sullivan wrote: “This could be the most direct link yet between Donald Trump and Moscow. Computer scientists have apparently uncovered a covert server linking the Trump Organization to a Russian-based bank.”

He wrote, without adding any disclaimer: “This secret hotline may be the key to unlocking the mystery of Trump’s ties to Russia. It certainly seems the Trump Organization felt it had something to hide, given that it apparently took steps to conceal the link when it was discovered by journalists.”

Sullivan’s role in pushing the Trump-Russia collusion claims, which have been proven to be false, is receiving fresh scrutiny after a Feb. 11 filing by special counsel John Durham presented allegations that Michael Sussmann, a lawyer who was with the law firm representing Clinton’s campaign, had worked with a tech executive to gather the evidence for those claims.

In testimony before the House Intelligence Committee in December 2017, Sullivan disputed that anything the Clinton campaign spread around Washington was misinformation.

“Are you aware of any collusion, coordination, or conspiracy by yourself or by any other members of the campaign that you were working with to procure fake Russian information to harm Donald Trump?” Sullivan was asked.

Sullivan responded without ambiguity: “I mean, you will forgive me if I want to say more than just an emphatic ‘No’ to that answer, because I find that totally absurd.”

Sullivan’s assertions were called into question by Durham’s court filings in two cases last fall — one against Sussmann and the other against the primary source for the discredited Christopher Steele dossier. Both defendants are charged with lying to the FBI.

The new revelations place Sullivan “squarely in the loop of conversations designed to spread a story that the FBI, former Russia Special Counsel Robert Mueller, and Durham’s team all have deemed false,” John Solomon wrote for Just the News on Feb. 14.

Indiana Republican Rep. Jim Banks told the DailyMail.com: “No one who has spied on the White House is fit to serve in the White House. Jake Sullivan is already a notorious partisan and if he participated in Clinton’s illicit spying on President Trump, he must be removed from office and held responsible.”

The Federalist’s Jordan Boyd wrote that Sullivan “should be fired for scamming Americans on Clinton’s behalf.”

Boyd added: “Sullivan, a key player in handicapping Trump’s ability to later conduct foreign policy during his presidency, is now one of the top officials weighing in on U.S. foreign policy. He’s a dominant voice in the U.S. response to Russia’s rift with Ukraine. He’s also the same guy who helped botch the deadly U.S. Afghanistan withdrawal.

“Americans can’t trust a liar to be honest about the threats facing the nation when he’s guilty of fabricating them.”