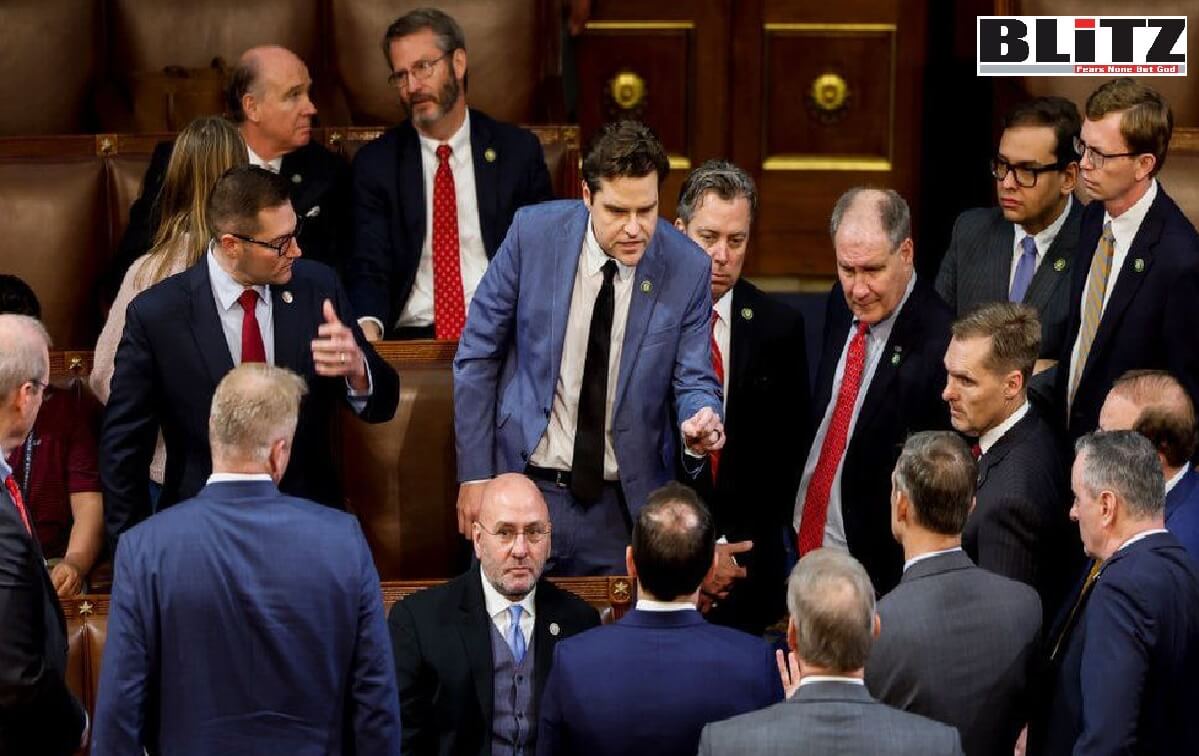 Despite getting majority in the US Congress during November 2022 midterm elections, Republicans finally showing the world how the oldest political party in the United States has already been turned into a bar of “drunk alcoholics” as the party fails to elect a speaker which already has resulted in adjournments without speaker – the first time since 1923. It is even reported in the media that at least five Republican members of the US Congress are showing eagerness of electing Democrat Hakeem Jeffries as the speaker. Such chaos and madness in the name of politics possibly proving – voters in the future should not waste their votes by electing Republicans and should look for an alternative. But, for them, the only alternative would be casting votes for Democratic Party candidates – which would be simply equivalent to – jumping to frypan from fire.

What does this situation mean? Has American democracy already gone rogue? Has this country gone into grips of political thugs who would continue exhibiting behavior like chimps and play foul with the people?

Before November 2022 midterm elections, Republican Party leaders made pledge to voters of subpoenaing Hunter Biden, impeaching Department of Homeland Security secretary Alejandro Mayorkas, and stopping President Joe Biden’s plan to hire thousands of IRS agents on priority basis. These were the top promises which were supposed to show actions from January 3, 2023. But after taking power following two years of full Democratic control of the government, the ongoing chaos centering electing speaker and visible division within the Republican Party evidently show – such plans could not be delayed for weeks, months or these may finally never happen. Even there is no clear sign as to when Republicans may finally elect a speaker. This chaotic situation is certainly hampering the party as the voters in 2024 may not cast their votes in favor of any candidate from the party. Instead, they may simply refrain from casting votes, which will ensure a smooth victory to any of the candidates from the Democratic Party – may be Joe Biden.

According to the Washington Free Beacon, the chaos in the Capitol is stirring ire among House Republicans, the vast majority of whom support Congressman Kevin McCarthy (Republican from California) for the role. Republican members who spoke with the Washington Free Beacon said they were powerless to do just about anything, such as fulfilling basic constituent services or setting staff up with emails.

“If we had elected Kevin McCarthy speaker, we would have already voted to defund the 87,000 new IRS agents, new border security measures, and a select committee on China”, Congressman Michael Waltz (R., Fla.) told the Free Beacon. “We would also be sending notices to the Biden administration that we’re coming for answers on the FBI, Department of Justice, the Afghanistan withdrawal, and conflicts of interest surrounding the Biden family”.

Without a House speaker, the legislative body grinds to a halt. No members can be sworn in, introduce legislation, or issue subpoenas. For all intents and purposes, the United States currently doesn’t have a House of Representatives. But the failure to find a House speaker carries political consequences as well. The longer the fight drags on, the longer Biden, who is expected to run for reelection in 2024, goes without virtually any real oversight in the form of hearings and subpoenas.

Congress has proven itself effective at inflicting damage on a president or future candidate, as evidenced by investigations into Hillary Clinton and former president Donald Trump. Clinton faced over a year of scrutiny from House Republicans for her role in the Benghazi attacks as secretary of state and her use of a private email server to conduct professional business, which only ended after she lost her second bid for president in 2016. Democrats spent nearly four years investigating Trump over every facet of his administration, resulting in two impeachments and a failed reelection campaign.

Democrats, who told voters on the campaign trail that a Republican majority would mean few bills would get passed as they investigate Hunter Biden, and Republicans agree that oversight would be a chief priority in the new Congress. One senior staffer close to the Republican Oversight Committee said members had a day-by-day plan on various Biden administration officials they planned to subpoena. That project, which was to be publicly announced on Tuesday, is now on hold.

The Republican Party’s inability to find a speaker does not look like it will be resolved any time soon. One individual close to the negotiations, who identifies as a neutral party and spoke on the condition of anonymity, said the anti-McCarthy voting bloc’s demands are untenable.

What does all this madness actually mean? Some forces inside the Republican Party are tactfully aiding Democrats in stopping Hunter Biden from appearing before the Congress to reveal how he, his father and other members of the family had indulged into massive financial corruption and numerous forms of crimes, thus exposing Joe Biden’s real face to Americans.