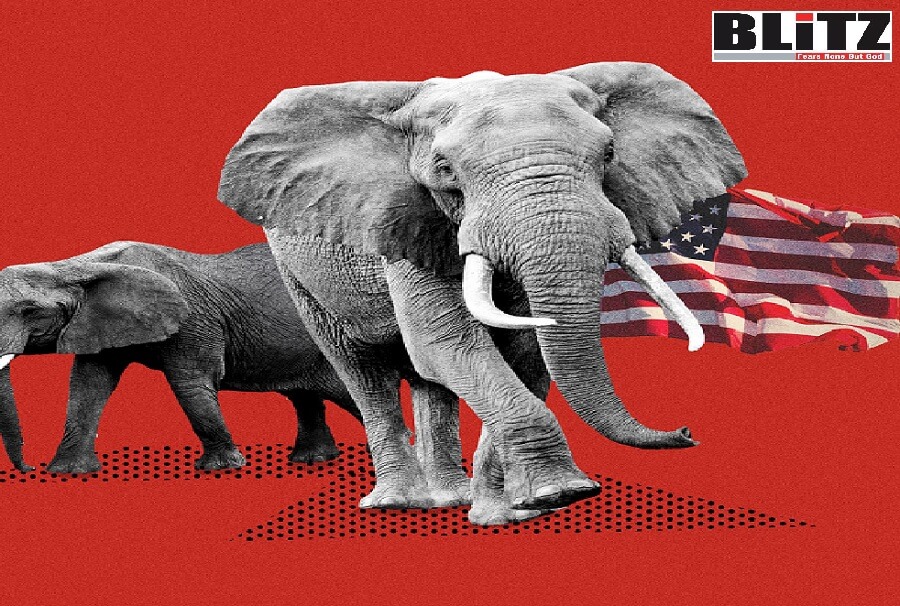 Republicans have picked up a special election victory in Jacksonville, Florida. Republican Nick Howland won the city council race on Tuesday where there are more registered Democrats than Republicans in the county. Writes Martin Walsh

“Republican Nick Howland on Tuesday night clinched the necessary number of votes to take the City Council At-Large Group 3 seat. At about 7:45 p.m., with 196 of 199 precincts reporting, Howland maintained a strong lead over his opponent, Democrat Tracye Polson. Howland’s lead was greater than the remaining number of votes left to tabulate according to data from the Duval County Supervisor of Elections’ website,” News4Jax reported.

“At just before 10:30 p.m., all precincts were reporting and all mail-in and early votes had been counted. Howland won with 51.69% of the vote to Polson’s 48.31%. The seat was left vacant when Tommy Hazouri, who was a former council president and mayor, died in September,” the outlet added.

“It’s an exciting night. We anticipated we’d do well, but we did better than we expected,” Howland said. “It means our message resonated, which is a strong support for public safety. creating jobs and investing in every neighborhood in Jacksonville.”

When asked what was the first thing he hopes to accomplish in office, Howland responded: “Immediately we’re going to be faced with looking at the budget. I want to help the sheriff figure out how he’s going to keep our streets and neighborhoods safe.”

While this was a local victory, all signs have pointed to Republicans performing well in the November midterms.

According to a survey released by a conservative pollster on Tuesday, voters appear to prefer GOP candidates over Democrats by nearly 13 points.

In addition, voters expect Republicans to keep the Biden administration in check, the survey from the Convention of States Action, working with the polling firm Trafalgar Group.

The poll also found that by far, voters are most concerned about law and order, border security, and potential Chinese aggression.

“GOP leaders have said they are optimistic about retaking the House and are hopeful they can tip the scales in the evenly divided Senate,” the Washington Times reported, citing the survey.

Tuesday’s poll found that 54.4% of American voters prefer Republican candidates and 41.9% prefer Democratic ones, while 3.7% are undecided.

Pollsters said 81% of voters are confident that if Republicans win control of Congress in this year’s elections, they will follow through on vows to try to block or undo Mr. Biden’s policies.

The conservative group said the GOP risks losing its lead if leaders do not detail what they plan to do if they win control of Capitol Hill.

“It’s clear from this data that Republicans remain far ahead in this race, and if they win, voters believe they will deliver. However, these numbers also spell danger for Republicans. GOP leadership has not laid out clearly what they would do if they are elected, and voters feel very strongly about action being taken on issues from law and order to the border to inflation and the economy,” said Mark Meckler, president of Convention of States Action.

“If voters get wind that their priorities are not being taken seriously, and lose confidence in Republicans to deliver, these numbers could shift dramatically,” he added.

According to the survey:

— The top issue for voters, by far, is law and order, with 8 in 10 respondents saying they believe police departments can be funded fully and prosecutors can be tough on criminals while still dealing with officers who abuse their authority;

— Roughly two-thirds of respondents cited the porous southwestern border, which has seen record numbers of illegal migrant contacts since Biden took office, as a top issue — saying illegal crossers should be returned to their home countries and the border secured;

— 62 percent said that the U.S. can produce oil and natural gas without harming the environment;

— 56 percent said the dramatic influx of fentanyl coming across the southwestern border from China is the top factor in overdose deaths.