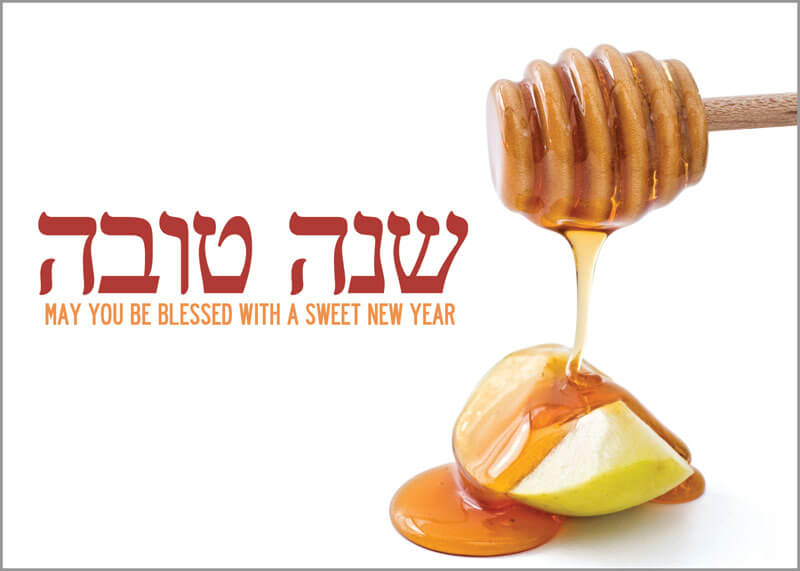 Jewish festivals are mostly unknown in the Muslim world, especially the non-Arab Muslim nations, though Christmas, Easter and Halloween are greatly known and even celebrated by the Muslims. In Bangladesh, each year, more than 3 million Christmas cards are sold and it is a public holiday. But, unfortunately, Bangladeshis never heard of Jewish festivals even before 2003, when we launched our only anti-Jihadist and pro-Israel newspaper – Blitz.

Blitz has been publishing articles and features on Jewish religious festivals including Rosh Hashanah since our launching in 2003. At our personal initiatives, we made English and Bangla version of Holy Torah available in Bangladesh, which also was very much unavailable in this country before 2003. Now a days, copies of Torah are purchased by Muslim readers even in Bangladesh and only in 2009, more than 5,000 copies of Bangla version of Torah was sold. We certainly are not making any profit from such projects, as our goal in promoting interfaith harmony.

Blitz is the only newspaper in the Muslim world, which organizes annual Rosh Hashanah party in the Capital city, which is participated by people from various religious groups, including Hindus, Buddhists, Christians, Bahais, Ahmadiyas etc. When we initiated the celebration in 2005, it was attended only by 20 people. But, this year, our celebration will be attended by over 200 people. There is indication of interest by various important people in the society in participating in the Rosh Hashanah celebration. This year, we also are organizing a mini-seminar titled ‘Understanding Judaism and Jewish Festivals’, where university teachers, scholars, editors and religious leaders are invited as speakers. We really should have made a larger function, as we are unable to invite hundreds of people, who are still willing to participate. We are forced in doing that, because of our limited fund.

Many, who participated in our past events of Rosh Hashanah in Bangladesh, are saying that, gradually this event is turning into an example of religious tolerance and harmony in a country like Bangladesh, where Judaism was considered as a taboo – before 2003. Every year, during Rosh Hashanah, we make strong statements against Jihad and Islamist extremism. Moreover, we oppose Holocaust denial. Due to our continuous efforts, significant portion of local intellectuals and editors are gradually raising voice in favor of establishment of relations between Bangladesh [third largest Muslim nation] and Israel and also are pronouncing Israel to be the homeland for the Jewish people. We have championed the spirit of declaring Jerusalem as the undivided and eternal capital of the Jewish State. Today when we see, our dream has turned into reality – we not only celebrate it – we thank the God for such precious achievement.

Anti Semitic and anti-Israel activities of Iranian embassy in Bangladesh as well recruitment of Bangladeshis by the so-called Palestinian embassy in Dhaka and sending them to fight against Israel is almost stopped., which is spending huge amount of money each year in such heinous venture, are loudly opposed by Blitz. We are the only newspaper in the Muslim world exposing the nasty activities of the Iranian embassy here in Bangladesh as well as members of the Iranian spy agency in disguise here. Our exposures had certainly annoyed the Iranian and Palestinian establishments, and they are trying to suffocate Blitz – shut down our newspaper – and even keep me in prison indefinitely. Due to their evil persuasions, I had been wrongly convicted in false cases and had to spend 85 months in prison. Due to my prolonged imprisonment, my family suffered – the family of Blitz suffered – but we never surrendered ourselves to the evil desires of Iran, Palestine and other antisemitic and evil forces. During our worst days, unfortunately though, none of the Jewish groups but American Jewish Committee and Gatestone Institute stood in our defense. Amnesty International had always been uninterested in uttering a word in my defense – and of course I never expected any statement from United Nations, which I always consider as a dirty diaper. While being in prison, I fully realized, how much influential those antisemitic forces and enemies of Israel are! They have actively worked against me while no one save David Harris (Chief Executive Officer, American Jewish Committee); Nina K Rosenwald, President, Gatestone Institute; and Avorohom Simon and Nicolle Simon, defenders of Israel stood in my favor.

Thanks to God for setting me free on July 29, 2018 and for letting Blitz resume its publication! God is our strength – Shofar is our spirit and the State of Israel – our inspirations. We possibly are the only newspaper in the world, which survives without a single advertisement. Bangladeshi entrepreneurs never place advertisement in Blitz, simply because, we confront radical Islam; denounce antisemitism and holocaust denial; promote interfaith harmony; and defend the Jewish State. Those who are in the publication industry will always realize how much difficult it is continuing a newspaper without any revenue from the advertisement. Still we are continuing and God willing – we shall prevail!

Ultra Islamist militancy group such as Hizbut Tahrir is already banned by Bangladesh government in 2009 due to continues editorials and investigative reports published in Blitz. We succeeded in getting a book and DVD named ‘Dajjal’ (a notoriously antisemitic publication, which contains serious offensive comments against Jews and Christians) banned.

In 2005, a minor girl was raped by the Muslim clergyman in Chittagong district in Bangladesh. When local press published the report, the clergyman and some of the very influential religious leaders in the locality tried to justify this crime by saying, the girl hailed from a Jewish family. Immediately on seeing this statement, Blitz not only started publishing reports and editorials, I personally met Mr. Md. Lutofuzzaman Babar, State Minister for Home Affairs in the government with the demand of justice for the child. As a result, the culprit was arrested and now serves rigorous imprisonment in prison for raping the minor Jewish girl.

In 2008, in another incident, a Jewish family [Jews in Bangladesh mostly suppress their religious identity and pronounce them to be ‘Jehovah’s Witness’ to avoid social and state repressions] was attacked by Muslim youths and their 15-years old daughter as well the wife of the Jewish man was gang raped. We once again brought this matter to the attention of the government, and the culprits are already in prison – facing trial.

These are just some of the examples of accomplishments of Blitz since 2003. But, just because of our editorial policy, Blitz office was bombed in July 2006 and attacked in October the same year. I was physically assaulted in 2006 [October] as well as abducted at gun point on February 13, 2008. My office was again attacked and ransacked in February 2009. I knew with certainty that, some elements, encouraged by the Islamist militancy groups and anti-Israel forces were behind such attacks. Unfortunately, we got no protection from the government.

In 2009, armed men intruded into my house with assassination plan.

Though US Congress passed resolution in 2007 [HR 64], demanding immediate end of all forms of harassment tactics on me as well as protecting me from attacks and taking actions against the attackers, there is in reality, no action from the Bangladesh government.

Shall I leave Bangladesh with my family and take political refuge in the West? This is what thousands of my friends keep on asking. But, I was offered political asylum in USA, UK, Australia, Canada and many other countries. I humbly told all of them that, I am unwilling to leave Bangladesh. Rather, I am determined to combat radical and militant Islam and will not rest, until it is completely defeated.

Some of my friends ask why I am taking risk on my life. I told them, because I want to see a peaceful world and defeat of radical and militant Islam.

On this auspicious occasion of Rosh Hashanah and Yom Kippur, I am praying to God for inscribing names of my friends and defenders in the book of life – book of joy – book of prosperity – book of courage and book of wisdom and to seal it on the day of Yom Kippur. Please remember during Rosh Hashanah. Your encouragement and support are our strength. It is very precious to each of the members of Blitz!

Salah Uddin Shoaib Choudhury is the publisher and editor of Blitz.

Like Loading...
Recommended for you:
Continue Reading
Advertisement
You may also like...
Related Topics:Anti Semitic and anti-Israel activities of Iranian embassy in Bangladesh, Bangladeshi jihadists joining Hamas, Recruitment of Bangladeshis by the so-called Palestinian embassy, Rosh Hashanah in Bangladesh