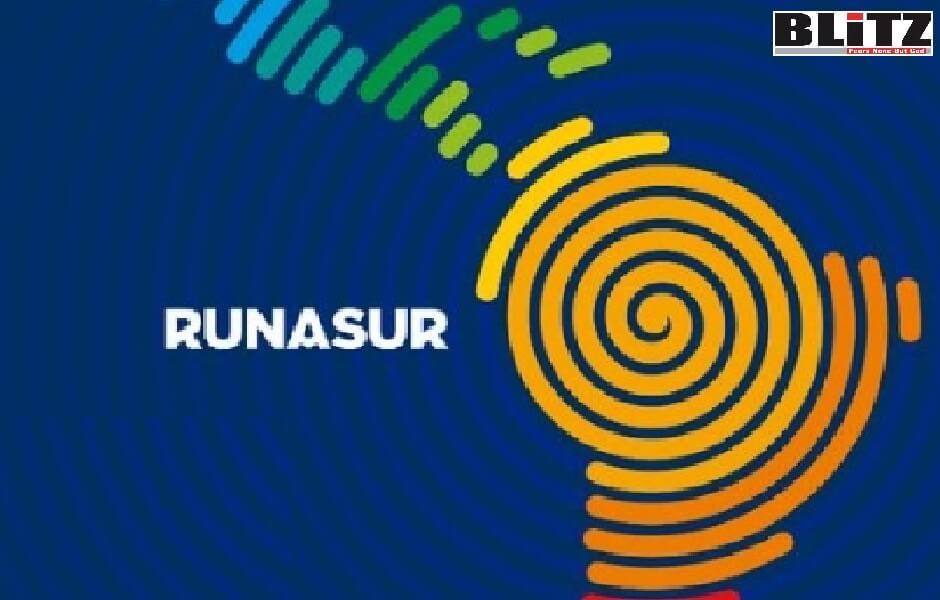 The idea of Latin American unity was raised repeatedly in the course of the first American independences. Writes Javier Tolcachier

Denominations such as the South American Nation of Artigas, the Sanmartinian Union of the three independent states, the Great Confederation of South America of O’Higgins, the nuestroamericanismo of Martí, the Confederation from Tierra del Fuego to the Mississippi dreamt of by Miranda, the sovereign Diet of South America of the Chilean Juan Egaña, Monteagudo’s General Federation of Spanish-American States, the Colombian Confederation of the Puerto Rican Eugenio María de Hostos, or the Bolivarian amphictyonic project of a confederate league of sovereign nations, nourished the ideology of the patriots from the dawn of the emancipation struggle and subsequent post-colonial construction.

However, the subjugated sectors, whether slaves, Indians or mulattos, were never considered on equal terms as part of these projects, with the exception of the Haitian revolution, the precursor to the liberation of the colony and its connatural slavery.

“The self-satisfied American oligarchy, bookish and proud, idle and fickle, wanted a revolution à la Girondin, like Miranda, and while reading the men of the Encyclopédie and declaiming the Rights of Man, their slaves worked on the rich plantations because “the slave’s sweat was enough for everything”, describes Joaquín Posada Gutiérrez in his “Memorias histórico-políticas con precisión aquella contradicción fundacional de NuestrAmérica”.

Jorge Abelardo Ramos relates in his Historia de la Nación Latinoamericana that Bolívar himself, during the Second Republic of Venezuela, suffered defeat at the hands of the plains forces favourable to the royalist regime, which were mostly made up of the dispossessed, while the independence troops were made up of Creoles and white Mantuanos.

It was not until 1816 that the Liberator swelled the Patriot Army with blacks, browns and Indians by means of a Decree for the Abolition of Slavery, a promise made to the Haitian general Alexander Petion in virtue of his support for the independence cause. Even so, slavery and various forms of servitude would still shape the destinies of thousands of men and women in the nascent American nations for several more decades, cementing the condition of inequality and the non-existence of fraternity in the nascent republics.

There was little change for the majorities during the plutocracies that later established their continental dominance, a situation that would improve only with the triumph of revolutionary or nationalist governments. However, the capitalist counter-revolutions managed by the new imperial power, the United States, would strive again and again to overthrow the incipient shoots of social ascent and ties of sovereignty woven south of the Rio Bravo.

In order to discipline the region’s foreign policy and direct any attempt at integration in its interests, the Organisation of American States was created in 1948 as a diplomatic arm under the tutelage and financing of the US Eagle, which since 1963 has also been patrolling and militarily guarding the region with its Southern Command, in a policy completely at odds with the rhetoric of freedom and self-determination.

This imperialism, for a few decades at the height of its power, would succeed in slowing down the liberation impulse of the popular sectors and its effective influence on events through multiple operations of social, political, economic, media and judicial intrusion.

Not even in the new millennium, in the most recent constructions of sovereign integration such as the Union of South American Nations (UNASUR), the Community of Latin American and Caribbean States (CELAC) or the Bolivarian Alternative for the Peoples of Our America-People’s Trade Agreement (ALBA-TCP), undoubtedly animated by a progressive, emancipatory, cooperative and solidary character, would the social base find a space for decisive protagonism.

Imbued with the state-centric scheme of international relations still in force, the integrating organisations continued to attribute the central space to the established powers of the state, placing the emphasis on presidential summits, councils of ministers or inter-state parliaments. The militant impulse of the Patria Grande – somewhat less “patrician” and a little more plebeian – remained alive in social organisations, making itself felt in parallel summits or in some forums for citizen participation, although disconnected in practice from the feelings and daily experiences of broad layers of the population.

Although the popular quality of the representatives grew, with the emergence of hitherto excluded leaderships of indigenous, working class and female origin, the issue of the real social and political inclusion of the subaltern sectors made its way very slowly, and Latin American unity as the horizon of a new and definitive independence only managed to permeate the whole of society in a superficial manner.

Now, as an expression of the sign of the times, the time seems to have come for a re-foundational and revolutionary project: that of a Pluri-national America, of the inclusive and convergent unity of multiple identities, with social justice, without discrimination, and above all, with the protagonist participation of the social sectors, the only possible basis for a transcendent integration. Its name is Runasur.

Runasur, a conjugation of the Quechua word runa, human being/people with UNASUR or UNASUR of the Peoples, has been defined as a mechanism for pluri-national integration between indigenous peoples, Afro-descendants, social, territorial and trade union movements, to resolve the historical debt with the peoples of the region.

The nascent conglomerate constitutes an eminently political construction of emancipation to repair the ignominy of centuries of exploitation, discrimination and exclusion with the aim of building a Pluri-national America with equality in diversity.

Although RUNASUR is essentially a self-convened project, it gained momentum from the determined initiative of Evo Morales Ayma and the organisations of indigenous-peasant-originating peoples of Bolivia, trade union centres such as the ‘CTA Autónoma’ and other popular organisations in Argentina, the Confederation of Indigenous Nationalities of Ecuador (CONAIE) and territorial movements in Venezuela.

The first milestone was the “Meeting of the Peoples and Organisations of Abya Yala towards the construction of a Pluri-national America”, which took place on 18 and 19 December 2020 in San Benito, Cochabamba, in the venue then planned to house the UNASUR parliament.

From then on, a Technical Commission was mandated whose mission was to elaborate a first proposal of organic guidelines through successive virtual meetings and a first face-to-face meeting in April of this year.

Subsequently, on Monday 2 August, Evo himself unveiled the RUNASUR Decalogue, a document containing the guiding principles of the articulation.

Among the main points of the new Decalogue is the struggle against all forms of domination, against interference and racism in order to defend the self-determination of peoples, with the aim of de-colonisation and de-patriarchalisation.

The strengthening of democracy in its various forms, respect for individual but also collective human rights and the constituent re-foundation of republican states, placing the human being and nature at the centre, are definitions of deep significance contained in the document.

Integration for liberation and freedom of expression that expresses the emancipatory will of the peoples are other principles of the text, which strongly reaffirms plurinationality, pluriculturality and plurilingualism as the basis for unity in diversity and the reunion of millenarian and contemporary originators. “We are diverse peoples; the knowledge, ancestral wisdom and identity of our peoples are our wealth”, he says.

Guaranteeing peace, rejecting interventionism and capitalism as a consumerist model and predator of Mother Earth, developing a new social and plural economic model based on the paradigm of Good Living, are clear references to the profound transformational and revolutionary character of the proposal.

In the face of disunity and fragmentation, unity and cohesion in diversity

In an environment of accelerated change, instability and uncertainty have grown. Social ties that were rooted in a mode of production and organisation have become volatile, a trend accentuated by the growing movement from rural to urban areas, with the correlate of family fragmentation and the ruthless scourge of individualistic ideology, which has torn the social fabric apart.

In this context of fragmentation and growing factionalism, the evident need for unity of the progressive forces to leave capitalist barbarism behind was preached, but had enormous difficulties to be practised.

In the face of the failure of the future, old identities re-emerged with force as a sign of community, a kind of bonding wood to cling to in the wreckage of loneliness and atomisation. Habits and worldviews that were the object of oppression by violent colonisers and inquisitors of the spirit, who plundered and sought to prolong the Middle Ages and absolutist tyranny in these lands, in the face of their evident decadence in their native Europe, came to the surface in all their potency.

However, in many places, the reaffirmation of identity also brought with it staunch differentiation, distance, rupture, secessionism, discrimination and hatred of those who were different.

Thus, in a totally connected planet, where all the cultures of the earth are already in contact, but where the currents of disintegration prevail, where centrifugal forces and separatism divide, RUNASUR appears as a clear effort to articulate and link diversity, as a project for a new pluricultural and intercultural community.

In the face of the absurd neo-colonialist pretensions of installing a single imperial culture, once again proclaiming its supposed supremacy, the oppressed cultures rise up with RUNASUR to claim their rightful place in history.

On the road towards a Plurinational America and world, with equal rights and opportunities for all, towards a Universal Human Nation, Runasur represents a clear and novel proposal for the cohesion of diversity, for real participation, a leap into the future, an opportunity to leave behind inequality, the destruction of the common home, and to build a humanist horizon.

Like Loading...
Recommended for you:
Continue Reading
Advertisement
You may also like...
Related Topics:Decree for the Abolition of Slavery, Joaquín Posada Gutiérrez, Latin American, Nación Latinoamericana, Patriot Army