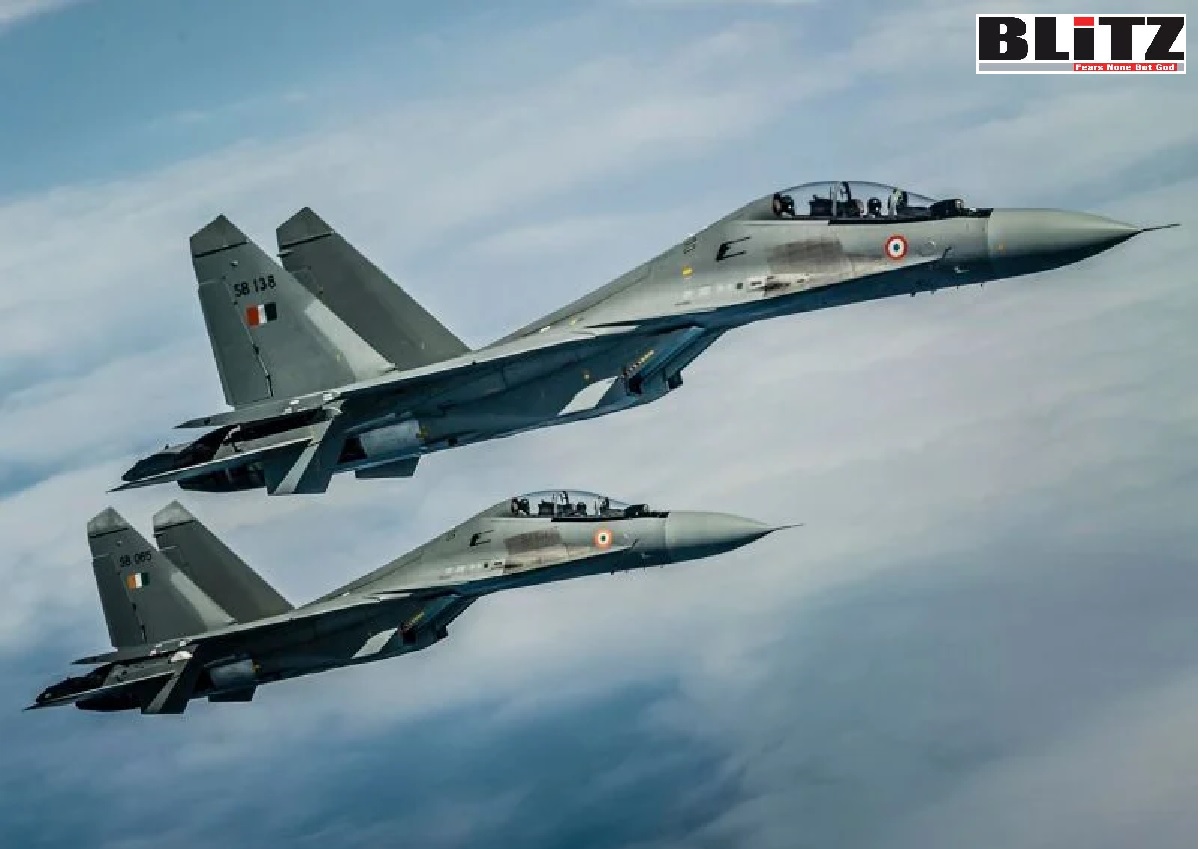 Su-30’s “open architecture” design is especially useful for India and its “Make in India” program, which has integrated domestically designed and produced components on its Su-30MKI jets. Writes Drago Bosnic

Russia’s contribution to India’s reestablishment as one of the world’s great powers cannot be overstated. This is especially true when it comes to the Asian giant’s military, which according to various estimates uses up to 85% of Soviet and Russian weapons and equipment in its massive arsenal. This close strategic partnership has been going on for decades and has survived the end of the (First) Cold War. Even throughout the troublesome 1990s, Russia provided critical technology transfers, ensuring India’s military and technological lead in the Global South. One of the most prominent examples (and one of the cornerstones) of this cooperation is the Su-30MKI multirole fighter jet, forming the backbone of the Indian Air Force, the fourth largest in the world, operating approximately 2,200 aircraft.

The Su-30MKI is based on Russia’s legendary Su-27 “Flanker” air superiority jet. Started as a joint venture between Russian Sukhoi (now part of the United Aircraft Corporation) and Indian Hindustan Aeronautics Limited, a state-owned aerospace corporation, the jet is being manufactured in India under license in one of the production facilities of the Hindustan Aeronautics Limited (HAL), where the Indian state-owned corporation receives preproduction parts, better known as “completely knock downed” (CKD) kits produced in Russia’s Irkutsk aircraft plant. The joint project is being carried out under the successful “Make in India” program, which has seen numerous technology transfers and helped India’s domestic military-industrial sector grow exponentially.

Russia has been the first to accept India’s requests in the framework of the “Make in India” program and has supported the Asian giant in establishing a robust domestic military production and design capability. Technology transfers between Russia and India include everything from assault rifles to advanced aircraft and missile technology, including the latest hypersonic weapons. This cooperation has been instrumental in not just ensuring India’s security, but also establishing the Asian giant as one of the premier global military powers. Thus, India chose to continue the close cooperation, despite ongoing attempts to diversify its arms procurement and create an even more independent domestic Military-Industrial Complex.

Russia and India are also continuing their close cooperation and will carry out joint work on modernizing the multirole jet, including the integration of the latest weapons and avionics. According to various reports, India is planning to upgrade its Su-30MKI fighters with Russian Phazotron Zhuk-AE AESA (Active Electronically Scanned Array) radars and other next-generation advanced sensors. Although the details of any upgrade negotiations and possible agreements are a state secret, a number of reports indicate that the upgrades may also include the Saturn AL-41F1S afterburning turbofan 3D thrust-vectoring jet engines, used on the advanced Russian Su-35S air superiority/multirole fighter jets. Other upgrades are likely to include the integration of various air-to-air, air-to-ground and anti-ship missiles, giving the Su-30MKI multirole capabilities which are unrivaled anywhere in the Global South.

This year marks the 45th anniversary of the maiden flight of the Su-27 fighter prototype developed by the legendary Pavel Osipovich Sukhoi himself, founder of the Sukhoi Design Bureau, paving the way for the emergence of not just the Su-27 and its variants, but also the Su-30 and Su-35 air superiority/multirole fighter jets, in addition to the Su-34 fighter-bombers. The Su-30 itself has been one of the most successful jets in the world in recent decades, seeing the development of multiple variants and international orders from Latin America to Southeast Asia. In addition to the Russian Aerospace Forces, the Su-30’s global customers include India, Indonesia, Malaysia, Vietnam, China, Algeria, Angola, Uganda, Belarus, Armenia, Kazakhstan and Venezuela, with Iran and Argentina reportedly showing interest in acquiring the advanced jet.

Since the early 2000s, Sukhoi has delivered approximately 700 Su-27/Su-30 fighter jets to the global market, with avionics, engines, sensors, systems, weapons and other components all produced in Russia. According to Alexander Mikheev, Director General of Rosoboronexport, Russia’s main weapons export agency, over the past 10 years, “the share of aircraft supplies in Russia’s total arms exports has stood at 40-50%, and even exceeds this figure today.” Due to its “open architecture” design, the Su-30 can integrate foreign-made avionics and weapons systems, with customers being able to integrate locally-made weapons and other systems to customize the fighters in accordance with their requirements.

This is especially useful for India and its “Make in India” program, which has integrated a number of domestically designed and produced components on its Su-30MKI jets, in addition to French and Israeli systems, subsystems and avionics. No other jet in the world comes even close to the modularity of the Su-30, making it a very sought-after weapons platform, ensuring the customer’s sovereignty and independence. What’s more, the Russian jet comes with no political baggage and blackmail, unlike many other weapons designed and produced in the countries of the political West, which is precisely what countries like India need, as they are working to establish a more optimized and independent military production capabilities.