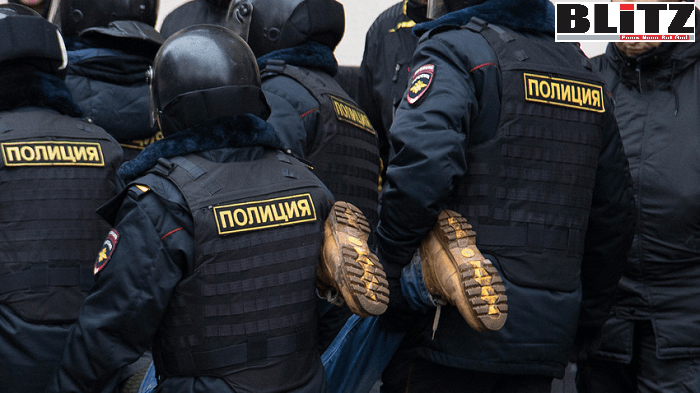 Reporters Without Borders (RSF) condemns the exorbitant fines imposed on Radio Svoboda, the Russian branch of the US government-funded Radio Free Europe/Radio Liberty, for refusing to label itself as a “foreign agent” in the content it broadcasts. The absurd law requiring this self-labelling violates media pluralism and is designed to silence independent and opposition media, RSF says.

In what are the heaviest fines ever imposed on a media outlet in Russia, Radio Svoboda and its director have been ordered to pay a total of 71.5 million roubles (820,000 euros) for violating the “foreign agents” law. After previously appealing unsuccessfully against a first wave of fines, the radio station was ordered to pay another 50 million roubles on 9 March and could face criminal proceedings if it refuses.

As a result of having been added to the Russian government’s register of “foreign agents,” Radio Svoboda and all of its affiliated services are required to head every piece of text, audio or video they broadcast or publish with a 221-character label identifying themselves as a “foreign agent” under an amendment to the “foreign agents” law adopted last December.

The radio station says it could lose half of its audience in Russia, which it estimates at 6.5% of the adult population, if it complies with this requirement. Threatened by the prospect of raids and being bankrupted by the authorities, Radio Svoboda’s management fears that it may be forced to pull out of Russia by the end of May.

“Although it has been broadcasting in Russia for the past 30 years, Radio Svoboda is now threatened with closure on the basis of an absurd and stigmatising law,” said Jeanne Cavelier, the head of RSF’s Eastern Europe and Central Asia desk. “These exorbitant fines are part of a long process of ‘cleansing’ Russia’s media landscape in order to put an end to perestroika’s pluralism. We condemn this persecution of independent and opposition media outlets and call for an end to the judicial proceedings against this radio station.”

Adopted in 2017, the “foreign agents” law has been constantly amended since then to make it more and more restrictive. Under a bill currently before the Duma, the Russian parliament’s lower house, the “foreign agents” register would be extended to foreign journalists accredited in Russia whose activities are “incompatible with the work of a journalist.” These activities are not clearly defined in the bill. Three freelancers working for Radio Svoboda were added to the register in December.