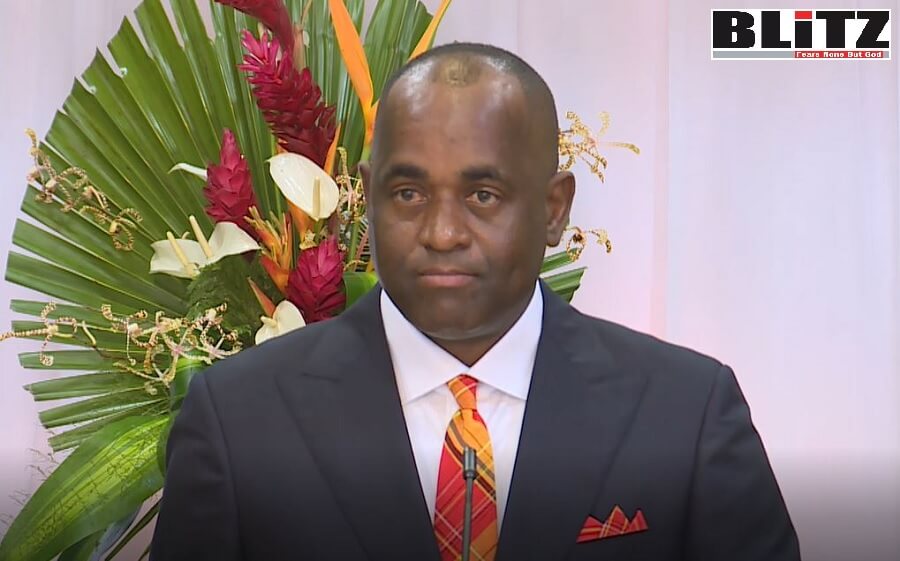 Prime Minister Roosevelt Skerrit of Dominica should immediately come under international scrutiny for providing sanctuary to Russian oligarchs, mafias, corrupts and criminals from around the world, where they have been offloading millions of dollars.

According to media reports, Dominica and several Caribbean countries are cancelling programs by making use of which people from Russia and Belarus could buy citizenships for large sums, said AFP. These measures are being taken as a step to punish Moscow for invading Ukraine.

The Caribbean countries that are taking these steps are Dominica and Antigua and Barbuda.

Under these Citizenship by investment programs (CBI) people can obtain passports by paying the government at least US$100,000 or by investing around $200,000 in government-run real estate development projects.

On the tiny island of Dominica in the eastern Caribbean, for instance, in an email to officials tasked with recruiting rich investors from the coordinator of the program, Emmanuel Nanthan, said scheme is suspended effective immediately “in light of the current conflict in Ukraine” but also to preserve “the credibility” of the program.

In Saint Lucia, “our banking system no longer allows transfers of funds from Russia,” the CBI service there said.

“However we will deal with fund transfer requests from bank accounts outside Russia”, it added.

Charmaine Donovan, who runs the CBI service in Antigua and Barbuda, said it has been suspended there, too, for people from Russia and its ally Belarus.

“It is a matter of remaining consistent with the foreign policy position of Antigua and Barbuda”, said Donovan.

Caribbean island states were among 141 UN member countries which although have condemned the Russian invasion of its pro-Western neighbor Ukraine starting on February 24, majority of these nations and several key politicians, including heads of government are having discreet links with the Russian oligarchs, mafias, corrupts and criminals.

The regional grouping called the Caribbean Community (Caricom) met this month in Belize and also condemned the attack unanimously, but it did not approve any joint sanctions, leaving this up to individual members.]

In 2020 the prime minister of Dominica, Roosevelt Skerrit, said the CBI program there had brought in the equivalent of US$440 million in revenue. He said the money was used to pay off debt but also to build housing that is more resistant to extreme weather stemming from climate change.

In a hurried bid, prime minister of Dominica, Roosevelt Skerrit has suspended applications from Russian and Belarusian nationals for its citizenship by investment, or CBI, program that caters to large foreign investors. According to a credible source, Roosevelt Skerrit himself is the beneficiary of majority of such investments, while he has also been accused of using cash from the Russian oligarchs, mafias, corrupts and criminals and secretly investing in third countries, including the United Kingdom, the United States and several European nations.

The small Caribbean island of 72,000 people said its decision stems from Russia’s invasion of Ukraine and the United Nations General Assembly’s condemnation of it.

In 2020, Prime Minister Roosevelt Skerrit said in an address to Parliament that some 5,814 CBI applications had been approved over three years, and that the program earned Dominica EC$1.2 billion over that time.

According to a December 2019 exclusive report by Qatari broadcast network Al Jazeera, Dominica’s prime minister Roosevelt Skerrit has also been selling diplomatic post to foreign nationals with criminal records in exchange for hefty sum of bribe. One of these individuals was an Iranian national named Reza Monfared.

In November 2019, Monfared was convicted of embezzling millions of dollars from his country, just one of the strands in a global web of financial, diplomatic and personal fraud that saw him sentenced to 20 years in prison and a US$1.3bn fine.

It could have been worse. In 2016, Monfared’s billionaire business partner, Babak Zanjani, was sentenced to death for his role in the siphoning off of US$2.8bn from Iranian oil revenues.

Monfared’s natural charisma and hustle had taken him far. From humble beginnings in the home decoration business, he had rocketed to success: banker, international oil trader and, finally, “His Excellency Dato Ali Reza Monfared”, Dominica’s ambassador to Malaysia.

In 2015, Monfared had secured a Dominican diplomatic passport and, with it, what he treasured most of all – diplomatic immunity.

By the summer of 2014, Monfared had temporarily relocated to Spain. Still, the Bhullars remained close to him and, in August, the two families holidayed together in Panama. It was during that holiday that Monfared proposed that he and Bhullar take a quick side trip to the Commonwealth of Dominica.

“Just before landing at the airport, while we were still in the air, that’s when Ali told me the reason. He has applied under a program to get him and his whole family citizenship.”

Dominica is an island in the Lesser Antilles – a vertical strip of eastern Caribbean islands that cascades towards South America. It is volcanic and wild, with steep peaks jutting dramatically out of the sea. But lacking the picture-perfect beaches of its neighbors, it struggles to attract tourists and is one of the poorest countries in the region. It is also one of those least touched by development.

It can take roughly 90 minutes to reach the country’s capital, Roseau, from the airport. Winding through the narrow mountain roads, Bhullar said he was impressed by the tropical air and lush scenery. It reminded him of home. But, while he was still in holiday mode, Monfared was all business, preparing for a meeting the following morning with the head of the country’s Citizenship by Investment (CBI) unit.

Monfared’s goal was to secure citizenship for his family. It is perfectly legal and very common, usually costing between US$200,000 and US$300,000. The money either goes to private projects, like hotels, or to infrastructure. It can be a huge source of revenue for small Caribbean islands.

In early December, five months after the initial meetings in Dominica, Monfared received what he had been hoping for – a signed letter from the prime minister offering an ambassadorship.

The appointment raises questions, not only because it happened immediately after an election he helped pay for, but also about the due diligence the Dominicans carried out because by this point Monfared’s business partner, Zanjani, had been arrested and the First Islamic Investment Bank, of which Monfared was the authorised signatory, had been sanctioned by the US and the EU.

Monfared sent his “voluminous thanks and appreciation” to Skerrit, promising to “steadfastly develop the bilateral relationship and diplomatic ties between the Commonwealth of Dominica and Malaysia”.

The next step was to plan the biggest party yet, to welcome the prime minister to Malaysia. Skerrit wanted the company to pay for him to travel to Malaysia and then on to meetings in China by private jet. Monfared agreed.

In March 2015, Skerrit touched down in Malaysia. No expense was spared. He was picked up from the airport in a Rolls Royce. The reception for him featured champagne, catered food and a jazz band. It was there that Skerrit handed Monfared his diplomatic passport.

Bangladesh seeks deportation of the fugitive killers of Bangabandhu