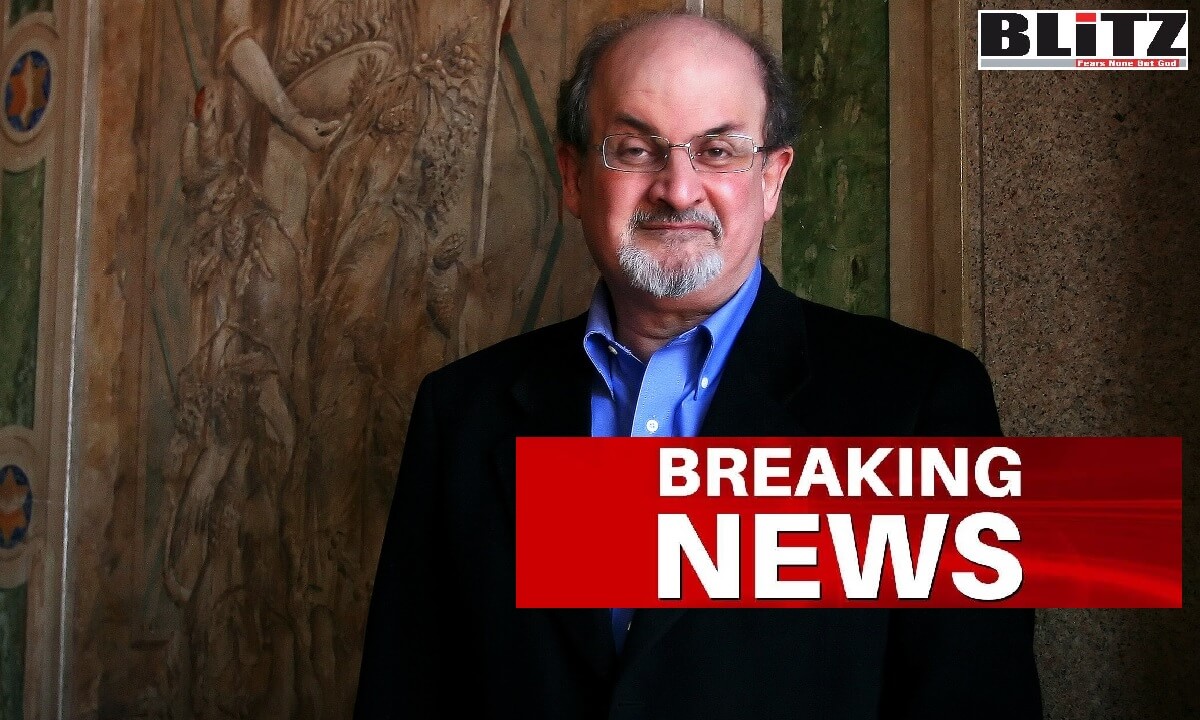 While Sir Salman Rushdie has been brutally attacked by an individual named Hadi Matar, 24, from Fairview, New Jersey, left-leaning news media, including The New York Times as well as law enforcement and security agencies are expressing unwillingness in giving further details of Hadi Matar, while some of the news outlets are outrageously terming this man only as a “suspect”. Meaning, they do not want to let the world know further details of Hadi Matar, who, according to our sources is a diehard Democratic Party activist as well as big fan of Alexandria Ocasio-Cortez, Rashida Tlaib and Ilhan Omar.

The brazen attack on Sir Salman Rushdie shook the literary world. Suzanne Nossel, the chief executive officer of PEN America, which promotes free expression, said in a statement that “we can think of no comparable incident of a public attack on a literary writer on American soil”.

“We revere him and our paramount concern is for his life”, said Reese.

“The fact that this attack could occur in the United States is indicative of the threats to writers from many governments and from many individuals and organizations”.

Salman Rushdie had effectively been living under a death sentence since 1989, about six months after the publication of his novel “The Satanic Verses”, which fictionalized parts of the life of the Prophet Muhammad with depictions that many Muslims found offensive and some considered blasphemous.

Ayatollah Ruhollah Khomeini, the Supreme Leader of Iran after the 1979 Iranian Revolution, issued a religious edict known as a fatwa on February 14, 1989, ordering Muslims to kill Salman Rushdie. A price was put on his head of several million dollars. Sir Rushdie, who lived in London at the time, went into hiding, and moved into a fortified safe house under the protection of the British police for most of the next 10 years.

The Satanic Verses was banned first in the author’s country of birth, India, and then several other countries before Iran’s Ayatollah Khomeini issued his infamous fatwa.

The fatwa called for the killing of anyone involved in the publication of the book and offered rewards to those who took part in the murders. That fatwa has never formally been rescinded.

Though the writer had escaped physical harm until now, others associated with the book had not, with its Norwegian publisher having been shot and seriously wounded in the early 90s, and its Japanese translator stabbed to death.

On Friday morning at around 10:47 a.m., Sir Salman Rushdie had just sat down onstage with the discussion’s moderator, Mr. Reese, the co-founder of a Pittsburgh nonprofit, City of Asylum, a residency program for exiled writers, when a man rushed the stage and attacked Mr. Rushdie, the police and several witnesses said. Audience members gasped and leaped to their feet.

Salman Rushdie’s agent Andrew Wylie said, “Salman will likely lose one eye; the nerves in his arm were severed; and his liver was stabbed and damaged”.

A video posted online shows the moment people rushed onto the stage to restrain the attacker and help the injured men. Police said a doctor in the audience gave Salman Rushdie first aid.