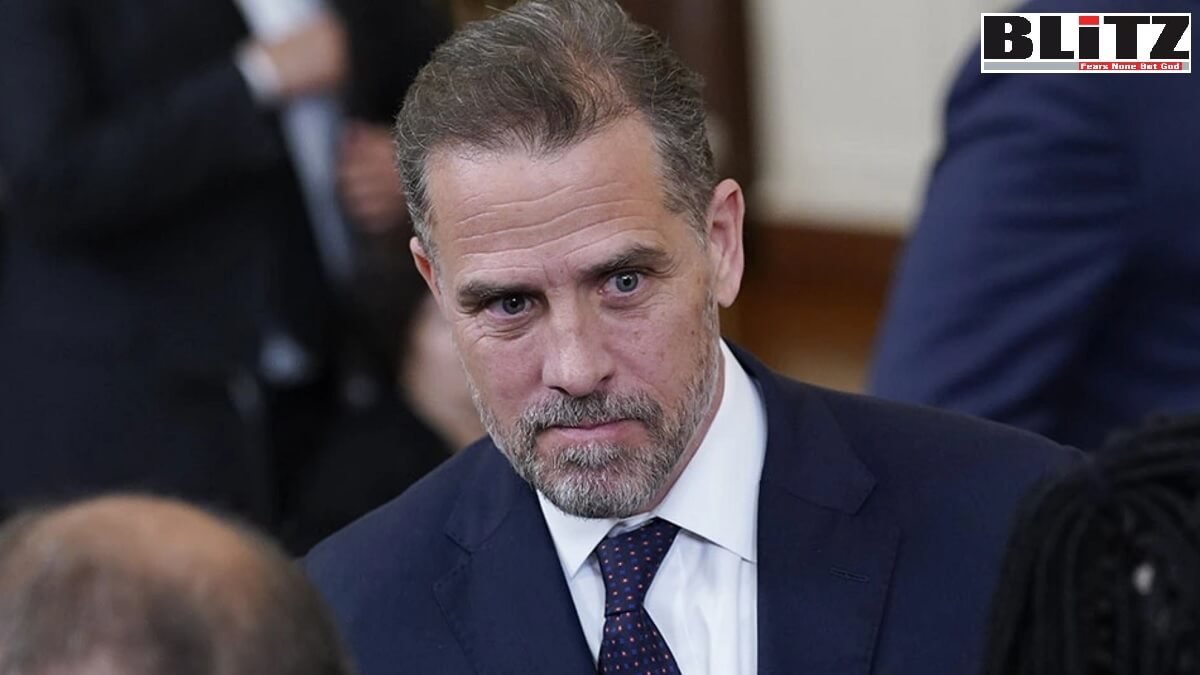 America’s first son Hunter Biden is clearly scared as the Congress is now under the control of Republican Party while Garrett Ziegler’s non-profit Marco Polo has been exposing tons of information and evidence proving notorious crimes and corruption of Hunter Biden and Biden crime family. Because of his fear of being jailed and because of his extreme worries of his father President Joe Biden being exposed as the most corrupt politician in the history of the United States, Hunter Biden has hired celebrity lawyer Kevin Morris to defend him and save the members of Biden crime family from a possible doom.

It may be mentioned here that celebrity lawyer Kevin Morris made his name as attorney for a slew of Hollywood heavyweights, including Ellen DeGeneres, Scarlett Johansson, Matthew McConaughey, Chris Rock, and South Park creators Trey Parker and Matt Stone.

Now he is going to represent Hunter Biden as possible federal charges hang over the head of Joe Biden’s son amid the discovery of classified documents at the Biden family home in Wilmington, Delaware, the Daily Mail Online noted in a January 18, 2023 report.

“The First Son was spotted visiting his friend on Tuesday as possible federal charges hang over his head and he becomes embroiled in the discovery of his father’s classified documents mess”, according to the report.

Kevin Morris became known as Hunter’s “sugar brother” after he reportedly loaned Hunter US$2.8 million to pay off a 2021 tax bill just as a federal investigation into his financial affairs was launched.

The high-powered lawyer has gone to great extremes in an attempt to discredit information from Hunter Biden’s “laptop from hell”, the contents of which have proved an extreme embarrassment to the Biden family.

The Daily Mail Online reported in October that Morris sent “threatening” texts to members of the research group Marco Polo, which published the entire contents of the laptop.

Morris called one member of the group “a f***ing moron”, adding in other texts “I’m gonna take all your money”, “I know where you live”, and “You’re going to enjoy being a buttboy for 20 years dude. Lube up”.

Morris also allegedly lied to get on to the film set of ‘My Son Hunter’, a movie which details Hunter Biden’s drug use, partying with prostitutes, and corrupt business deals.

Kevin Morris flew on a private plane to Serbia where the movie was being filmed, claiming he wanted to interview the producers for a documentary he claimed to be making about Biden family corruption.

At the time, producer Phelim McAleer said: “Now that I know of his representation of Hunter Biden, his questions while they were filming suddenly make a lot of sense. I thought he was just making a documentary but now it appears he was deceptively spying for his client Hunter Biden”.

Kevin Morris and two colleagues we were given full access to the set for several days taping hours of footage for the supposed documentary.

“The filmmakers claim that Morris was particularly interested in the contents of the movie – including what sources they had for their information and what they knew about how Hunter’s laptop came into the hands of media”, the Daily Mail noted.