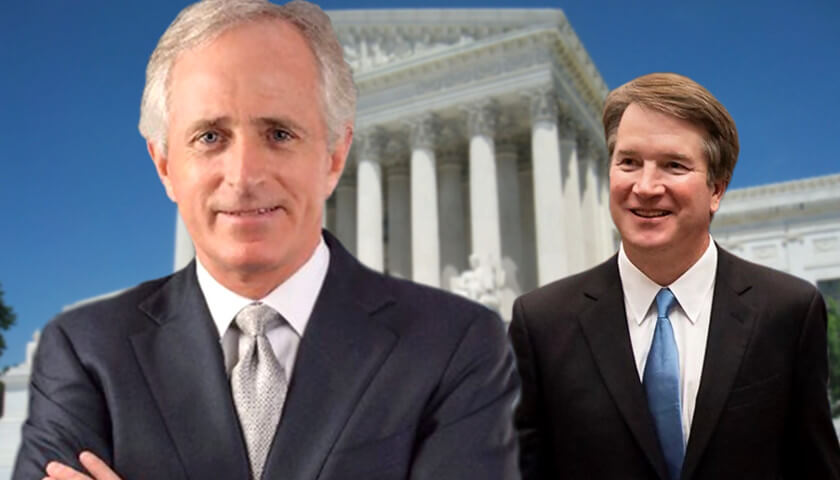 Sen. Bob Corker, a Tennesee Republican who at times has been at odds with President Trump, told Hill.TV on Tuesday evening that he is confident Senate Republicans will have enough votes to confirm Supreme Court nominee Brett Kavanaugh by “no later than Saturday.”

Corker also accused Democrats of having “overplayed their hand” in leveling accusations of sexual misconduct and assault by several women and demanding an FBI investigation.

The Senate had previously been scheduled to vote on Kavanaugh’s nomination but the Republican majority on Friday agreed to a demand from some members to delay the vote by one week to give the FBI more time to investigate the accusations.

“Cloture may be filed tomorrow … it feels to me like the FBI reports could come in as early as tomorrow, maybe Thursday … my guess is we’re going to vote no later than Saturday,” Corker said in an interview. He said he made that assessment after some “very heartfelt conversations” with his GOP colleagues.

Asked if Kavanaugh will win confirmation, Corker replied “I do.”