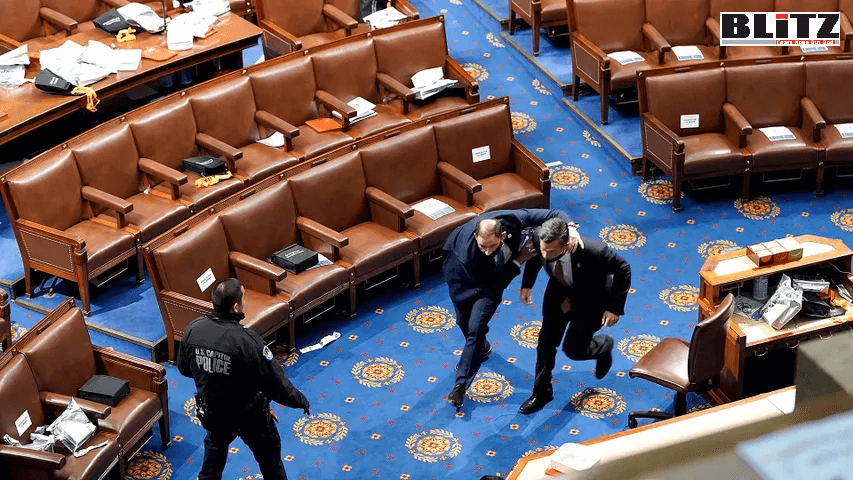 There are indications of an attempt of the Democrats, with the support from their Socialist and Islamist cronies, in impeaching President Donald Trump by next week.

ABC News reports quoting “multiple sources” that there have been discussions among some members of the Trump Cabinet and allies of President Donald Trump about the 25th Amendment, which would be a vehicle for members of the cabinet to remove him from office.

In the report ABC said, “It is unclear how extensive these conversations have been or if Vice President Mike Pence is supportive of such action. Many have been horrified by Wednesday’s events and Trump’s encouragement and lack of engagement to call in resources to stop the protesters”.

Meanwhile, radical Islamist Ilhan Omar announced that she is drawing up articles of impeachment, tweeting: “We can’t allow him [President Donald Trump] to remain in office, it’s a matter of preserving our Republic and we need to fulfill our oath”.

While Trump has only 14 days left in office, some lawmakers reportedly want his presidency over sooner, calling for his impeachment in the wake of Wednesday’s violence on Capitol Hill that left at least one woman dead.

Democratic Party Congressman Seth Moulton (D-Mass) called for Trump’s removal through the 25th Amendment, which was ratified in 1967 in the wake of President John F. Kennedy’s assassination in 1963 and lays out the procedures for replacing the president in the event of death, removal, resignation or incapacitation.

“Trump is directly responsible for this insurrection and violence. He needs to be removed from office immediately. It is the Constitutional responsibility of Vice President Pence and the cabinet to exercise the power granted them by the 25th amendment,” Moulton tweeted. “Or Congress must immediately impeach and remove the President for the safety of our nation.”

Locking President Donald Trump’s accounts for 123 hours, Twitter said: “As a result of the unprecedented and ongoing violent situation in Washington, D.C., we have required the removal of three @realDonaldTrump Tweets that were posted earlier today for repeated and severe violations of our Civic Integrity policy,” Twitter said at about 7 p.m. ET. “This means that the account of @realDonaldTrump will be locked for 12 hours following the removal of these Tweets. If the Tweets are not removed, the account will remain locked”.