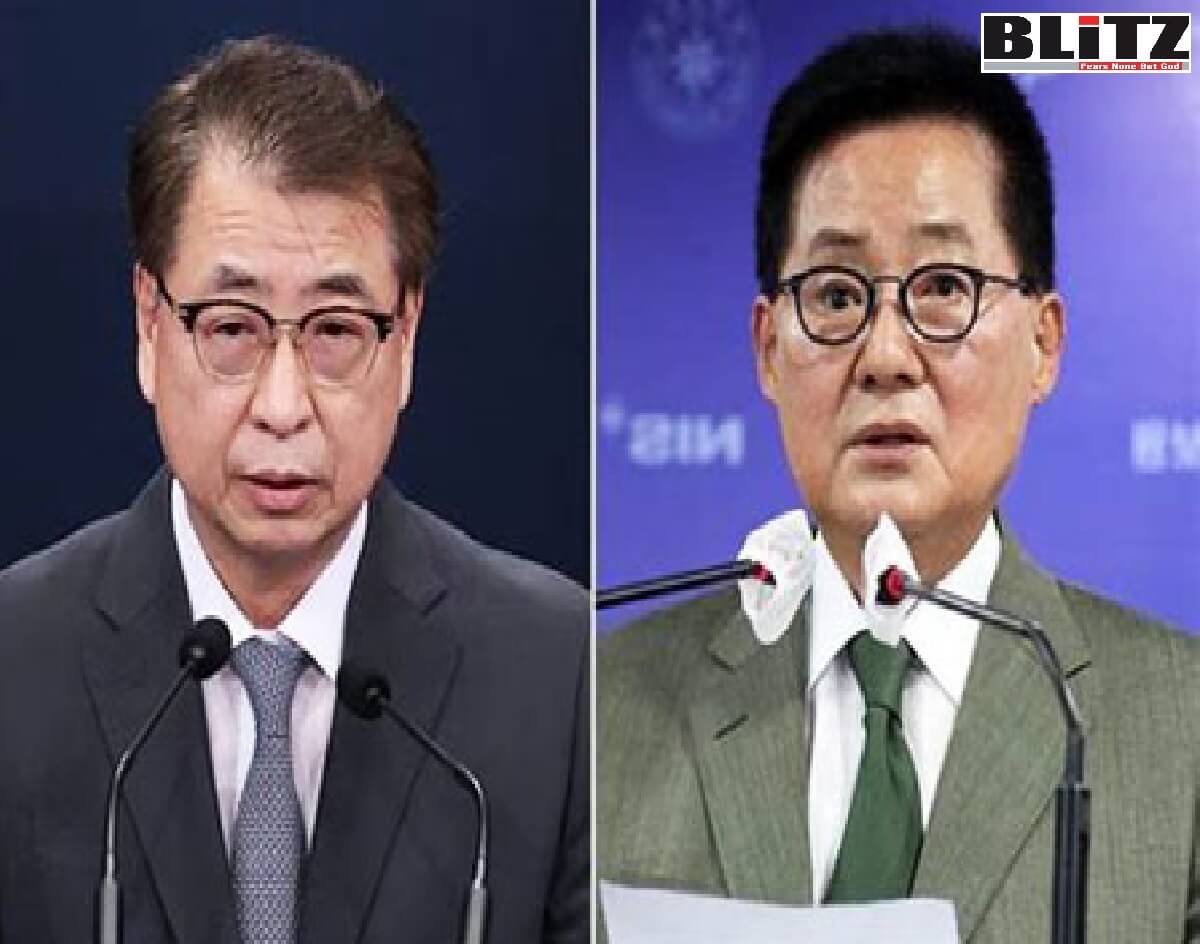 Two former directors of South Korea’s National Intelligence Service (INS) namely Park Ji-Won and Suh Hoon have been indicted for allegedly covering up the death in North Korea of a Ministry of Ocean and Fisheries official, during the administration of leftist President Moon Jae-In.

Whatever happened to the idea of a professional, apolitical and above all patriotic intelligence corps?

First, we had an October 19, 2020 letter signed by 51 former US intelligence chiefs and other officials that dismissed the Hunter Biden laptop story as “Russian disinformation”, resulting in a story being buried that would have been devastating to Joe Biden’s 2020 campaign.

According to media reports, despite the fact of 51 former US intelligence chiefs dismissing the Hunter Biden laptop and falsely branding it as “Russian disinformation”, The New York Times confirmed that the Hunter Biden emails were exactly what they appeared to be, as first reported by the New York Post in October 2020.

In the 5th paragraph of the letter sent by the 51 former intelligence officers, it states: “We want to emphasize that we do not know if the emails, provided to the New York Post by President Trump’s personal attorney Rudy Giuliani, are genuine or not and that we do not have evidence of Russian involvement — just that our experience makes us deeply suspicious that the Russian government played a significant role in this case”.

For the Russians at this point, with Trump down in the polls, there is incentive for Moscow to pull out the stops to do anything possible to help Trump win and/or to weaken Biden should he win. A “laptop op” fits the bill, as the publication of the emails are clearly designed to discredit Biden.

Here is the full letter.

CNN pundit Jim Clapper, former director of national intelligence, was among those contacted by the New York Post who stood by the initial assessment: “Yes, I stand by the statement made AT THE TIME, and would call attention to its 5th paragraph. I think sounding such a cautionary note AT THE TIME was appropriate”, Clapper said in a statement to the New York Post.

Russ Travers, former National Counterterrorism Center acting director, responded: “The letter explicitly stated that we didn’t know if the emails were genuine, but that we were concerned about Russian disinformation efforts. I spent 25 years as a Soviet/Russian analyst. Given the context of what the Russians were doing at the time (and continue to do — Ukraine being just the latest example), I considered the cautionary warning to be prudent”.

Don Hepburn, former national security executive, answered: “My position has not changed any. I believe the Russians made a huge effort to alter the course of the election . . . The Russians are masters of blending truth and fiction and making something feel incredibly real when it’s not. Nothing I have seen really changes my opinion. I can’t tell you what part is real and what part is fake, but the thesis still stands for me, that it was a media influence hit job”.

Two former directors of South Korea’s National Intelligence Service (INS) during the administration of leftist President Moon Jae-In have been indicted for allegedly covering up the death in North Korea of a Ministry of Ocean and Fisheries official.

Criminal charges were filed against Park Ji-Won and Suh Hoon for violating the National Intelligence Service Act (abuse of authority), Tara O noted in a report for the East Asia Research Center.

Park was charged with offenses related to his handling of the death of Lee Dae-Jun, who was shot and killed by North Korean soldiers and his body burnt at sea in September 2020.

In a separate case, Suh was charged with prematurely stopping an investigation into the case of two fishermen who defected from North Korea, but were forcibly sent back to North Korea by the Moon administration on November 7, 2019.

“The Moon administration framed the events as if Lee was defecting to North Korea, but his family retorted that was not the case”, the report noted.

Park, who was the NIS Director from July 2020 to May 2022, was reported to have destroyed intelligence reports related to Lee’s case.

In both cases, Tara O noted, “further details are emerging that counter the Moon administration’s narrative, and show severe violations of human rights as well as acts that help the adversary, North Korea.”

On September. 21, 2020, Lee Dae-Jun was reported missing from a South Korean government ship on the West Sea. In the morning the next day, South Korean authorities became aware that Lee was alive and floating at sea, and a report went up to Moon, but no orders were given to try to rescue the South Korean citizen. That night after 9 p.m., Lee was shot and killed and his body was incinerated.

The Blue House convened emergency meetings of the National Security Council (NSC) about Lee’s situation at 1 a.m. and again at 10 a.m. on September 23, attended by then-National Security Director Suh and NIS Director Park, along with Defense Minister Seo Wook.

“Instead of any decisions to try to rescue Lee Dae-Jun, it appears what came out of the meetings was an instruction to destroy the information about Lee,” Taro O noted.

It was revealed that, after the NSC held meetings, “about 40 pieces of secret information regarding Lee’s death were deleted, including intercepted North Korean information about Lee, from MIMS,” a Defense Ministry’s classified system. Deleting such information from the system requires a decision from the highest levels. The deletion occurred over two days, Sept. 23 and 24, 2020.

It is for the deletion of such crucial sensitive information for which the NIS filed charges against its Park. The deleted documents at NIS include a report prepared by NIS analysts assessing that Lee was adrift (after falling from a boat), rather than defecting to North Korea. The deleted report used intercepted intelligence from the military that showed Lee identified himself as a Republic of Korea (ROK) civil servant and asked the North Koreans for assistance. It appears that Suh, the National Security Director at the Blue House instructed the destruction of the classified reports and Park carried it out at NIS.

The Moon administration had suggested that Lee defected to North Korea, which essentially turned him into a traitor.

“This accusation turned out to be a fabrication”, Taro O noted. “The Moon administration never provided any evidence to form a basis for their accusation, but its assertion was extremely hurtful to Lee’s family. The Coast Guard recently reversed their earlier position only after the Moon administration ended, saying there is no evidence of Lee defecting to North Korea, and apologized”.

In addition to the Abuse of Authority, Suh is also charged with Fabricating False Public Documents. After NIS, Suh Hoon moved to the Blue House to become the Director of the National Security Office. Suh left South Korea sometime after May of this year and is believed to have gone to the U.S., probably to avoid the investigation, the report noted.

Tara O also noted: “About a month before the end of Moon Jae-In’s presidency, the Democratic Party of Korea (DPK, Deobureo Minjoo Party) introduced a law, the ‘Complete Deprivation of Prosecutors’ Investigation Authority,’ which takes away investigative authority from the prosecutors. The law was passed and signed by Moon Jae-In days before he departed the Blue House in early March 2022. It is to take effect on September 10, 2022”.