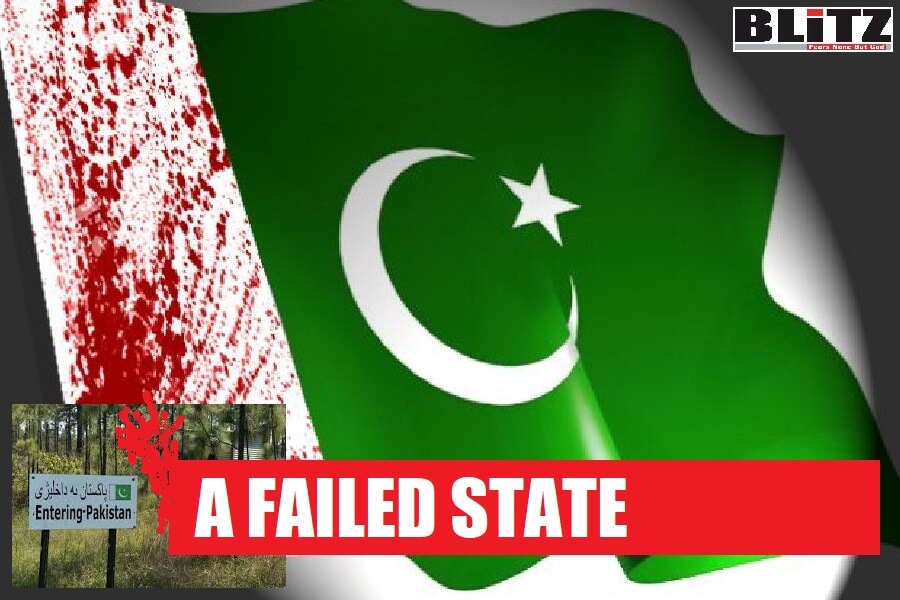 Sheikh Nasir Ahmad was the victim of a drive-by shooting in Pakistan because he is from the Ahmadiyya community.

The targeting of the Ahmadis in Pakistan and elsewhere is as brutal as the persecution of infidels and apostates, because they are considered heretics in Islam, as is every Muslim group that doesn’t follow normative Islamic doctrine. Yet Ahmadis routinely missionize in the West by claiming that Islam is a religion of peace.

Ahmadis experience such horrific abuses as the digging-up of the body a three-day-old infant  and leaving her by the road because Ahmadis cannot be buried in Muslim cemeteries, to a mob attack on an Ahmadi funeral in Pakistan, during which the attacks beat mourners with sticks and threw stones at them. The attack was led by Muslim clerics.

No matter what human rights abuses are committed against “disbelievers,” it is deemed “Islamophobic” to call them out.

According to Al Jazeera report:

When the first bullet whizzed past Sheikh Nasir Ahmad’s ear, he brushed at it, thinking it was a mosquito, out on an unseasonably cool August night in the central Pakistani town of Lalamusa.

Before he was able to react, however, two gunmen on a motorcycle pulled up alongside him and shot him four times, hitting his right leg, lower back and the right arm he used to try and shield himself from the hail of bullets.

“You don’t feel anything at that time [when you are shot],” Ahmad told Al Jazeera. “[The bullet] is hot as it leaves the barrel, so it’s when the blood starts that you realize that something has hit you.”

Security camera footage of the attack shows Ahmad falling to the ground as the gunmen speed away. He cried out for help, he says, but no one came.

“My clothes were completely covered in blood. The blood was soaked through my trousers.”

Ahmad is a member of Pakistan’s 500,000-strong Ahmaddiya community, a religious minority that considers itself Muslim but is barred from referring to themselves as such, and from practicing aspects of their faith under Pakistan’s strict blasphemy laws.

Police say Ahmad was targeted due to his faith, one of a spate of violent attacks targeting the Ahmadis, their places of worship and even their graves in Pakistan in 2020.

The last year has seen a spike in violent attacks against Ahmadis, and a tenfold increase in blasphemy cases lodged against them.

Community members and rights groups say the spike has been fueled by the rise of the far-right Tehreek-e-Labbaik Pakistan (TLP) religious group, and the efforts of a single religious scholar in the eastern city of Lahore, Hassan Muawiya.

“There has been an increase in these [attacks], in [legal] cases,” says Amir Mahmood, spokesman for the Ahmadi community. “This [persecution] has increased in the last two or three years, and it is continuing to do so.”

In 2020, at least five Ahmadis were killed in targeted attacks by gunmen across Pakistan, while at least seven others were wounded in unsuccessful attacks, according to community data.

Since 2017, at least 13 Ahmadis have been killed, and more than 40 wounded, according to the data.

Five months before the attack on Sheikh Nasir Ahmad in Lalamusa, the TLP held a religious gathering attended by hundreds in a park about 100 metres from his home.

The night of that gathering, Ahmad says, his family hid in their home and alerted community leaders that “anything could happen”, as TLP supporters raised slogans calling for “blasphemers” to be put to death.

After the gathering, TLP activity in his small town of roughly 100,000 people increased, he said, with a constant threat to other Ahmadi inhabitants, and many of the regular customers at his plastic furniture store refusing to do business with him.

Ahmad survived the attempt on his life, but others have not been as fortunate.

In November 2020, a young man attempted to barge his way into an Ahmadi place of worship in the town of Marh Balochan, about 90km (56 miles) west of Lahore.

He blindly fired a pistol through the door, before a 31-year-old Ahmadi man, Tahir Mahmood, confronted him and pushed him outside. Tahir was hit by a bullet in his abdomen and he attempted to run down the street, scaring the attacker away.

“As Tahir got about 30 or 40 feet away, the attacker was behind him. So I shouted saying ‘Tahir, save yourself, he is behind you!’,” says Tariq Mahmood, 55, Tahir’s father, who was also wounded in the attack.

Hearing the father shout, the attacker turned and fired a single shot at Tariq’s forehead, knocking him down. He then caught up to Tahir and shot him dead.

“He did this just to save us,” says Tariq, his body heaving as he weeps, of his son’s attempt to distract the attacker.

A month before the attack on the Mahmoods, there had been a large TLP gathering in their neighborhood, they say.

“There is a [yearly] conference in October, it is after that that people are more energized [against us],” says Shamim Akhtar, 54, Tahir Mahmood’s mother.

‘An atmosphere of dread’

Originally founded in the mid-2010s as the Tehreek-e-Labbaik Ya Rasool Allah (TLYRA), the TLP rose to national prominence in 2017 when it held a three-week protest sit-in blocking a main highway in the Pakistani capital, Islamabad, over a minor change in an electoral oath that the group considered to loosen restrictions against Ahmadis.

The group, founded by hardline religious scholar Khadim Hussain Rizvi, succeeded in getting the government to backtrack on the electoral oath change, forcing the resignation of the federal law minister.

Since then, the TLP has held a series of successful countrywide anti-government protests, some of them violent, on the issue of blasphemy, and won more than 2.2 million votes in a 2018 general election.

The rise in prominence of the TLP, rights groups and researchers say, has a direct correlation with an increase in violent attacks, legal cases and hate speech against Ahmadis, who are explicitly considered “apostates” by the group.

“Religious freedom has been imperiled in Pakistan for years, but the rise of the TLP sends a clear signal to minority communities that they remain vulnerable to discrimination, harassment or even violence,” says Dinushika Dissanayake, deputy South Asia director at Amnesty International.

“It creates an atmosphere of dread, encouraging self-censorship, making it impossible to follow religious rituals without incurring a significant risk.”