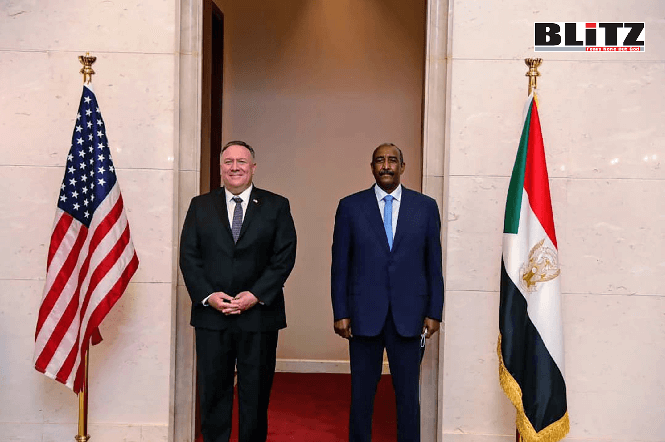 Sudan removed from the list of states sponsoring terrorism

The United States on Monday formally removed Sudan’s state sponsor of terrorism designation, the US Embassy in Khartoum announced Monday.

The two countries reached an agreement in October for Sudan to be lifted from the list. The settlement required Sudan to pay $335 million for victims of the 1998 twin bombings against the US embassies in Tanzania and Kenya.

In a statement posted on its Facebook page, the US Embassy said, “The congressional notification period of 45 days has lapsed and the Secretary of State has signed a notification stating rescission of Sudan’s State Sponsor of Terrorism designation is effective as of today (Dec.14), to be published in the Federal Register.”

President Donald Trump had given US Congress the statutory 45-day notice of this move in October as part of a deal that involved Sudan paying $335 million to US victims of terror attacks.

At the same time, Sudan agreed to normalize relations with Israel.

The US put Sudan on the list in 1993 after it was used as a base for Al-Qaeda. Its removal should help with vital economic support measures.

The designation meant the US stopped Sudan from getting debt relief and prevented the International Monetary Fund and other global institutions from lending the country money.

In October, Sudan agreed to recognize Israel weeks after similar moves by the United Arab Emirates and Bahrain.

The US still designates North Korea, Iran, and Syria as state sponsors of terror.