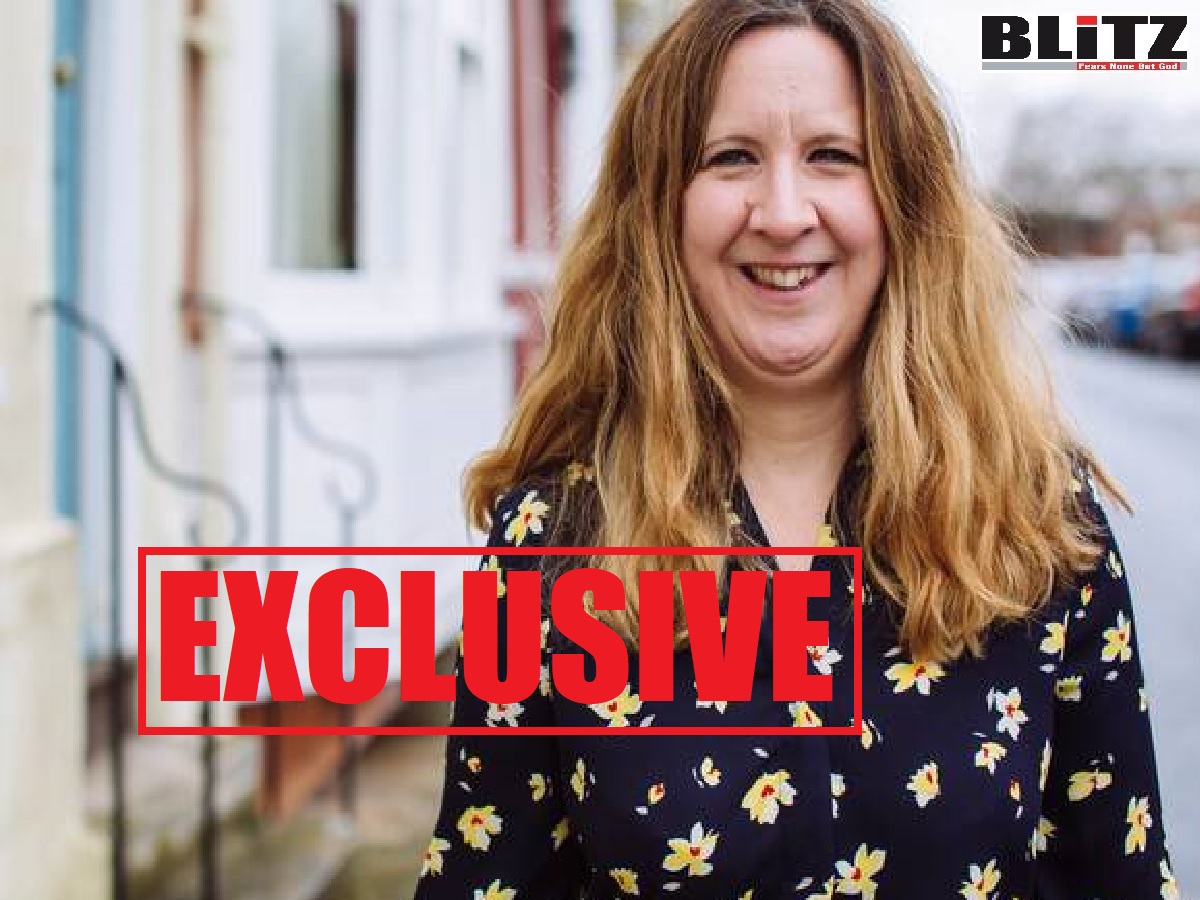 Meet Professor Tamsin Bradley of the University of Portsmouth, who has been claimed to have been the supervised a non-existent thesis of Shahid Uddin Khan, an Interpol-wanted convicted terror-funder.

On May 5, 2022, Shahid Uddin Khan in a post his Facebook ID published photograph of an image of a certificate of ‘Doctor of Philosophy’ (Certificate number 00058408), which he claimed to have been issued by the University of Portsmouth, UK. When a correspondent of BLiTZ contacted the university, they expressed utter surprise as they even have never heard the name of Shahid Uddin Khan. Subsequently, the editor of BLiTZ contacted Professor Tamsin Bradley over her email and phone number. She neither answered the email not had received calls. Meanwhile, checking through information available on TrueCaller apps labels Bradley’s phone number as “Likely a business”.

Professor Tamsin Bradley has presence on social media platforms, such as Twitter, Facebook and LinkedIn. Her Twitter handle was opened in November 2020. In the account, she is shown as Professor of International Development Studies University of Portsmouth, UK.

Only 9 people follows this account while Tamsin Bradley follows 24. None of the professors, staffs or even students of the University of Portsmouth follow Bradley on Twitter. She also does not follow anyone from the university.

Her LinkedIn account has 428 connections. It states: “I research, teach and consult on issues relating to women’s rights, gender-based violence, harmful cultural practices, religion and gender. I have worked in South Asia, (mainly India), East and West Africa”.

According to LinkedIn, until now, Tamsin Bradley has been working at the University of Portsmouth for 9 years and 7 months.

I’m an applied social anthropologist working in international development. My recent research on women, work and violence in South Asia shows, for the first time, a path towards a gender-equal future in South Asia.

In 2018 I was awarded almost £300,000 of funding from the British Academy to pursue my project ‘Art Heritage, Resilience and Humanitarianism in South Sudan’. The project aims to find new ways to build reliance as part of the wider humanitarian programming. I’ve also worked as part of the Free Sudan from FGM programme.

I began my academic career with a degree in Politics and the Study of Religion at the School of Oriental and African Studies (SOAS) at the University of London in 1996. In 1997, I completed an MA in Social Anthropology of Development at SOAS.

Following my MA, I completed a PGCE at the University of Cambridge, before returning to SOAS for my PhD. My thesis, “Challenging the NGOs: Women, Religion and Western Dialogues in India”, was published as a book by Bloomsbury Academic in 2006.

I’m currently working with Plan International on a project working to end violence against children in South Sudan.

I’ve also worked on various projects with Stop Domestic Abuse in Havant. I recently released a report in collaboration with the charity and the Home Office.

Quite an impressive profile. Isn’t it? Then I asked myself, why the TrueCaller labels Professor Tamsin Bradley’s phone number as “Likely a business”?

On May 5, 2022, Shahid Uddin Khan in a post his Facebook ID published photograph of an image of a certificate of ‘Doctor of Philosophy’ (Certificate number 00058408), which he claimed to have been issued by the University of Portsmouth, UK. When a correspondent of BLiTZ contacted the university, they expressed utter surprise as they even have never heard the name of Shahid Uddin Khan.

Meanwhile, Muzaffar Ahmad Noori Bajwa, editor of the Eastern Herald who is also investigating the matter, told BLiTZ in response to our question about the Facebook status of Shahid Uddin Khan’s claim of PhD degree:

After deep research and investigation into the matter by couple of strategic people in the UK administration, we did not find any existence of Shahid Uddin Khan’s claimed thesis titled ‘Military intervention and its impacts on the democratic process of Bangladesh; on University of Portsmouth alumni network. Here is the link: https://www.port.ac.uk/about-us/alumni.

The gap between the hologram and the degree number is clearly visible “blank” while in the original degree it is not like this.

The gap between the university name and the candidate’s name is very less in this fake degree certificate.

In the following link, all the theses are mentioned and published. In 2022 they’ve published 17 papers:

We’ve discussed this paper with an expert and he, in his preliminary analysis, found this document to be fake or forged.

After a detailed analysis, I conclude that this degree of Shahid Uddin Khan is forged and has no university record.

Observation by reporters of BLiTZ:

Tamsin Bradley, Professor of International Development Studies, Faculty of Humanities & Social Science, School of Area Studies, History, Politics and Literature has provided the full list of the ‘Students Theses’ on her website, where until date there are 7 theses, and there is no mention of anyone named Shahid Uddin Khan or any thesis titled ‘Military Intervention and its Impacts on Democratic Process of Bangladesh. Here is the link to Professor Tamsin Bradley’s page:

Meaning, Shahid Uddin Khan has forged the certificate of ‘Doctor of Philosophy’ and even made a bogus claim of doing PhD with the University of Portsmouth has committed crimes under the existing law of the United Kingdom.

It may be mentioned here that under UK law, it is illegal to present fake degree certificates and transcripts as genuine documents. Under the Fraud Act 2006, it can result in a prison sentence of up to ten years.

According to The Crown Prosecution, a person is guilty of forgery if he makes a false instrument, with the intention that he or another shall use it to induce somebody to accept it as genuine, and by reason of so accepting it to do or not to do some act to his own or any other person’s prejudice”.

Meanwhile, in another UK law – Section 465 of the ‘Punishment for Forgery’ states, “Whoever commits forgery shall be punished with imprisonment of either description for a term which may extend to two years, or with fine, or with both”.

In addition to taking legal actions against Shahid Uddin Khan for falsifying PhD certificate, the UK authorities can also deport him as a person may be deported if they are not a British Citizen, and have been convicted of a criminal offence. A foreign national can also be deported under s3(6) of the Immigration Act 1971 if a criminal court makes a ‘recommendation’ that he or she should be as part of its sentence.