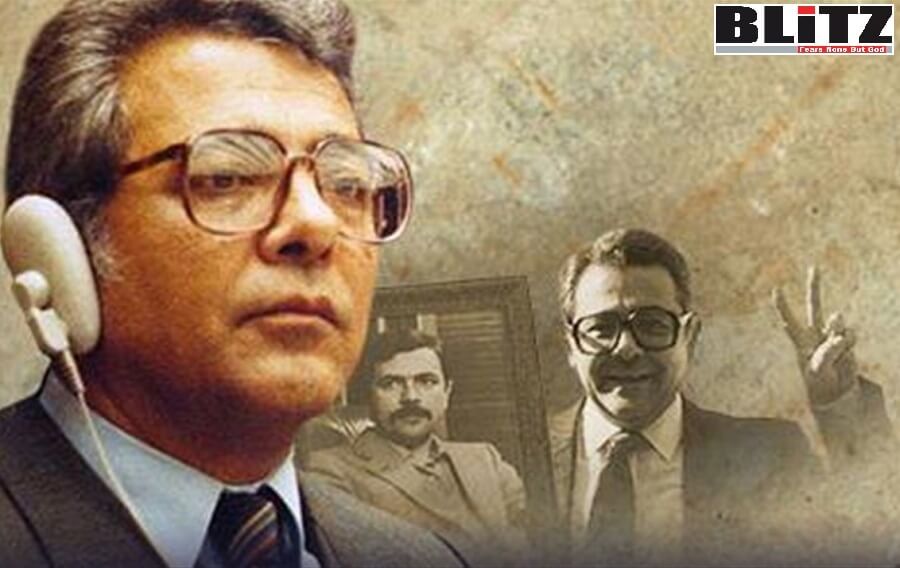 Dr. Kazem Rajavi was killed on the spot. The perpetrators left Swiss soil in the hours following the crime and have since been the subject of international arrest warrants issued by the Swiss authorities, warrants which have today been lifted”. Mansoureh Galestan

In its final verdict issued on September 23, 2021, the Swiss Federal Criminal Court decided to investigate the case of the assassination near Geneva in 1990 of Dr. Kazem Rajavi, a representative in Switzerland of the National Council of Resistance of Iran, not as a case of “murder” but as “genocide” and a “crime against humanity.” The federal criminal court ordered the federal prosecutor’s office to open an investigation into the crime. The court refers to the plaintiff’s reasoning that Professor Rajavi was assassinated in 1990 following the massacre of 30,000 political prisoners in 1988, which should be, according to his reasoning, legally qualified as genocide and a crime against humanity. That way, there would be no question of imprescriptibility in the case.

The assassination of Dr. Rajavi was carried out by a 13-member commando team sent from Tehran on the direct order of then Intelligence Minister Ali Fallahian, against whom a Swiss court issued an international arrest warrant in 2006.

Extracts from the text of the decision as background:

Despite in-depth investigations, “the public prosecutor of the canton of Vaud, Special Affairs Division, by notice of May 28, 2020, informed the complainants of its intention to close the aforementioned procedure as soon as the thirty-year limitation period had been reached. Subsequently, The Iranian resistance declared that the acts committed by the accused were examples of genocide and crimes against humanity and would not be subject to the 30-year statute of limitation. The Iranian resistance considers that the assassination of Dr. Kazem Rajavi was “in direct relation with the massacre of thirty thousand political prisoners, perpetrated in Iran in the second half of the year 1988 under cover of the fatwa pronounced by the Supreme Leader Khomeini”.

Following these exchanges, the case was finally sent to the Federal Criminal Court, Complaints’ section, in February 2021, where it was reviewed.

According to the court, contrary to the opinion of the federal prosecution, “for crimes with a historical dimension, such as genocide and crimes against humanity,” the imprescriptibility could be maintained, and the fact that thirty years have passed since the crime was committed will not end the investigation.

According to the law, such a crime “is punished with a custodial sentence of life or a custodial sentence of at least ten years whoever, with the intention of destroying in whole or in part a national, racial or religious group, ethnic, social or political, as such, kills members of the group or seriously undermines their physical or mental integrity”.

According to the court, “It appears from the elements established during the investigation that the execution of K. Rajavi, an activist of the National Council of Iranian Resistance, then under the cover of political asylum in Switzerland since 1981, had already been decided and ordered in 1982 or 1983 by Fallahian, Minister of Intelligence and Security Affairs of the Islamic Republic of Iran and responsible for directing the execution of opponents of the regime. For the purpose of planning the crime in question, Iranian commandos traveled to Switzerland three times between October 1989 and April 1990. During the last trip, the commando set up and composed of thirteen people with Iranian service passports bearing the mention “on mission” surveilled the victim for several days before taking action on April 24, 1990. Ambushed not far from his home by two vehicles whose occupants opened fire with a 9mm submachine gun.

Dr. Rajavi was killed on the spot. The perpetrators left Swiss soil in the hours following the crime and have since been the subject of international arrest warrants issued by the Swiss authorities, warrants which have today been lifted”.

“The Public Prosecutor’s Office of the Canton of Vaux has also demonstrated that the elimination of Iranian opponents was being carried out in several European countries. Assassinations were carried out between 1987 and 1993 in Hamburg, Vienna, Geneva, London, Dubai, and Paris. Fallahijan was placed under an international arrest warrant by the German criminal courts in 1996 for having played a fundamental role in the assassinations of opponents and by the Argentinian authorities in 2003 for having organized and coordinated a bomb attack at the headquarters of Argentine Israelite Mutual Association (AMIA) in Buenos Aires. An international arrest warrant was also issued in 2006 against him by the Swiss authorities in the context of the present case”.

The Federal Tribunal thus rejected the arguments of the public prosecutor’s office of the Confederation and ordered it to investigate the case in the context of crimes against humanity and genocide. The court also ordered the confederation prosecution to pay court costs in favor of the National Council of Resistance of Iran.

European consumers are wasting $400 million (€250 million) per year buying unnecessary chargers and dumping 11,000 tons of old chargers as e-waste, the European Commission (EC) has estimated as it defies Apple’s concerns to progress a proposal to standardize mobile-phone chargers across the market.

The move would cut 1,000 tons of e-waste annually and signal an end to an array of proprietary standards that have left European consumers “frustrated long enough about incompatible chargers piling up in their drawers,” Margrethe Vestager, executive vice-president for A Europe Fit for the Digital Age, said as the new mandate was announced.

“We gave industry plenty of time to come up with their own solutions [but] now time is ripe for legislative action for a common charger. This is an important win for our consumers and environment, and in line with our green and digital ambitions.”

Consumers own three mobile chargers, on average, and use just two of them on a regular basis, the EC said, citing figures suggesting that 38 per cent of consumers had run into a situation where they couldn’t charge their devices because available chargers were incompatible.

Chargers would be unbundled from the devices they support, formalizing a controversial change that Apple implemented when it stopped shipping chargers with its iPhone 12 and Apple Watch 6.

Apple claimed that the world’s consumers already have 2 billion chargers and didn’t need any more potential e-waste, but the move didn’t sit well with critics that accused the company of greenwashing – and forcing consumers to buy into its new MagSafe charger product ecosystem.

Brazilian regulators didn’t buy it, and in March fined the company for “misleading advertising, selling a device without the charger, and unfair terms.”

The new proposal would also signal the end of low-powered chargers, ensuring that all chargers deliver at least 25 watts of power and provide full-speed fast-charging capabilities regardless of manufacturer.

MagSafe and comparable chargers all operate at 7.5W or 15W for quick charging-capable devices, meaning the proposed EC standard would provide plenty of headroom.

Manufacturers will have two years to adapt their products to the directive’s requirements if it is passed into law.

Makers of Android phones have been using some form of USB port for many years, but Apple has pushed back against the EC mandate, arguing in a statement that “strict regulation mandating just one type of connector stifles innovation rather than encouraging it, which in turn will harm consumers in Europe and around the world.”

The company has long used proprietary connectors to its user experience.

For example, its 30-pin Lightning port – the standard across its iPhones, iPads and other devices since its introduction in 2012 – was promoted as a smaller plug that supports smaller devices and could, unlike contemporary USB variants, be plugged in either side up.

Apple also promoted Thunderbolt, a higher-speed cable standard that has progressively converged with USB-C for connecting computers with displays.

Apple has shifted to USB-C ports on its portable and desktop laptops, but has retained Lightning on its mobile devices and requires a USB-C-to-Lightning cable to charge its devices.

Convergence around USB-C could further marginalize Thunderbolt and Lightning – particularly after a May update to the USB Power Delivery standard that allows USB-C cables to carry up to 240W of power, up from 100W in current versions.

That’s enough power to do away with proprietary chargers for laptops, desktops, and other high-load devices, potentially reducing another source of e-waste if computer makers are no longer required to bundle chargers with the systems they sell.

US-based consumer advocate group the Consumer Choice Center wasn’t convinced, with research manager Maria Chaplia warning in response to the EC directive that “conformity is the greatest enemy of progress”.

“Innovators never sleep,” she wrote, “and new versions of [chargers] pop up in the market almost instantly. Driven to compete, companies are thus able to keep improving their products and offering more choice.”

“Common chargers enforced by the EU would infringe on this entrepreneurial spirit… to preserve innovation and consumer choice, European policymakers should stick to technology neutrality and not interfere in the choices of consumers.”