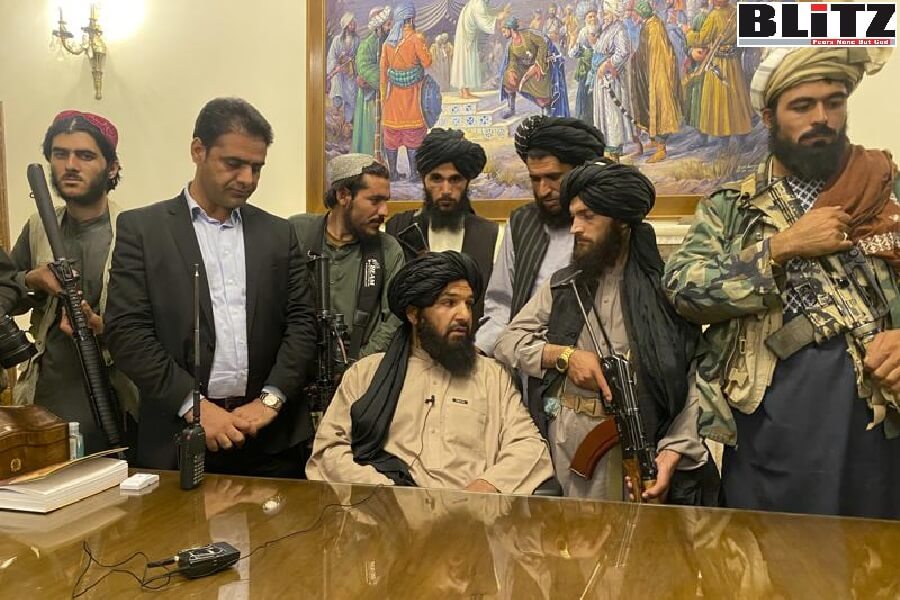 Afghanistan has turned into land of terror, following Taliban “victory” and large number of pro-US and anti-jihadist forces fleeing the country. Meanwhile, according to media reports, Taliban leaders have declared of transforming Afghanistan as an Islamic Emirate of Afghanistan, meaning, this is going to be another Islamic State what ISIS kingpin Abu Bakr Al Baghdadi had tried. Proclamation of Islamic Emirate has generated massive celebration amongst the radical Islamic and militancy forces around the world, especially in Asia and the Middle East, while most of them are seeing a further expansion of such Islamic State in the “nearest future”.

Taliban commander Muhammed Arif Mustafa in his statement said: “It’s our belief that one day, mujahedin will have victory, and Islamic law will come not to just Afghanistan, but all over the world. We are not in a hurry. We believe it will come one day. Jihad will not end until the last day.”

Following capturing majority of the country, Taliban fighters have started forcibly dragging young girls and women with the notorious agenda of turning them into sex slaves. It is also reported in the media that the weapons worth billions of dollars, which US supplied to Afghan military to defeat the Taliban has now been gradually seized by the radical Islamic forces.

The Taliban’s social media is awash with videos of Taliban fighters seizing weapons caches — the majority supplied by Western powers.

Footage of Afghan soldiers surrendering in the northern city of Kunduz shows army vehicles loaded with heavy weapons and mounted with artillery guns safely in the hands of the insurgent rank and file.

In the western city of Farah, fighters patrolled in a car marked with an eagle swooping on a snake — the official insignia of the country’s intelligence service.

Commenting on Afghanistan issue, Bruce Thornton, a Shillman Journalism Fellow at the David Horowitz Freedom Center wrote in an article: The Biden administration’s feckless withdrawal from Afghanistan is sending the worst possible message to our enemies across the world. Our rivals are already convinced of our lack of morale and our fear of the consequences from a response serious enough to concentrate their minds. Twenty years after 9/11, and we still haven’t figured out the nature and aims of those who for decades have in word and bloody deed told us we are an enemy they want to destroy.

Instead we cling to our shopworn belief that “diplomatic engagement” can deter and stop a fanatic enemy, hoping words can substitute for deeds. But all we’ll achieve is further damage to our already fraying national prestige.

The plans to withdraw the last of our forces began during the Trump administration, which thought it could negotiate in good faith with a foe that has already demonstrated that agreements and covenants are mere “tactical adjuncts,” as Robert Conquest said of the Soviets, to their actual strategic intentions to be realized with violence. Here’s failed lesson number one: “diplomatic engagement” works only when those sitting across the table truly believe that if they violate the terms, as the Taliban have done with the Trump agreement, they will suffer serious consequences.

But in just six months Biden has shown that his team has no interest in any response other than timid diplospeak and maybe some showy cruise-missile fireworks. His cringing solicitude for the Iranians and obvious desperation to rewrite the nuclear deal––signaled by his removal of some sanctions without any reciprocal concessions––have made it clear throughout the region that he, like his boss Barack Obama, can be had. No one in the Khamenei cartel or among the Taliban fears or respects this administration or our power.

Bruce Thornton added: Finally, no matter what we may think about the war in Afghanistan, at this point our prestige is on the line. Again, the arrogant behavior of Iran since Biden proclaimed he wants to renegotiate the terms of the nuclear deal is a prime example of what follows from damaged prestige. Donald Trump’s withdrawal from the bad deal, his imposition of punitive sanctions, and his killing of Qassem Soleimani had rocked Iran back on its heels. Their economy was deteriorating, their people more emboldened to challenge the regime. Then came the Biden administration, and the mullahs were heartened by the return of the cringing Uncle Sam that over 40 years they had become used to serially gaming with meaningless agreements festooned with photo-ops….

Rather than abandoning Afghanistan and those who fought with the U.S. in 2001, the Biden administration should recommit to the principles that delivered initial victory—essentially, Churchill’s middle course [“of gradual advance, of political intrigue among the tribes, of subsidies and small expeditions”]. A small residual force of CIA officers and special forces, using U.S. air power when needed, while letting the Afghans fight would prevent a Taliban rout.

Jacob Heilbrunn, editor of the National Interest in an article on Afghan issue wrote: On July 8 President Joe Biden declared, “There’s going to be no circumstance where you see people being lifted off the roof of a embassy in the—of the United States from Afghanistan….The likelihood there’s going to be the Taliban overrunning everything and owning the whole country is highly unlikely.” Well. A few weeks later and it looks like the Taliban do indeed own, or at least control, the whole country as America scrambles to extricate its remaining embassy personnel along with its interpreters from Kabul.

Is it Biden’s fault? Writing in the Washington Post, Max Boot says you bet it is. According to Boot, “This is the worst U.S. foreign policy failure since the fall of Saigon in 1975—worse even than the fall of Mosul, Iraq, in 2014 to the Islamic State, another disaster that might have been averted by keeping a small U.S. troop presence in Iraq.” Boot contends that Biden did not have to abide by the deal that Donald Trump signed with the Taliban. There was no cogent reason to withdraw American troops, which amounted to a paltry 2,500. A stalemate would have prevailed.

This is, in essence, the argument that the military chiefs, including General Mark Milley and Defense Secretary Lloyd Austin, made to Biden. He was told that the Taliban would prevail absent American forces. Biden overruled the generals. He was not about to continue hoisting the gonfalon of intervention in Afghanistan.

What surprised the Biden administration was not that the Taliban are on the march but that they are marching with such rapidity. Biden wanted a decent interval. He did not get it. Instead, the interval turned out to be a nanosecond. The result is that the Administration was caught flatfooted—and is struggling to explain why.

In the conclusion of his article, Jacob Heilbrunn wrote: Whether Biden will pay a political price for exiting Afghanistan is questionable. In the short term, a war weary public that is more concerned about COVID-19 than conflicts abroad may even applaud his iron determination to cauterize the suppurating Afghan wound that has afflicted American foreign policy for several decades. But whether that judgment will hold over the next year is an open question.

Republicans such as Senate minority leader Mitch McConnell will seek to transform the midterm elections into a referendum on who lost Afghanistan. Former Secretary of State Mike Pompeo derided on “Fox News Sunday” what he deemed Biden’s “pathetic blame-shifting” and “weak American leadership” that was more fixated with critical race theory than protecting the U.S. embassy. A terrorist attack in America or another setback abroad might revive memories of the successive defeats America experienced in the 1970s, as the Soviet Union marched ahead in the Third World. Make no mistake: in boldly acknowledging that America lost the war in Afghanistan, Biden runs the risk of looking like a loser.

Dr. Sumantra Maitra, a national-security fellow at the Center for the National Interest; a non-resident fellow at the James G Martin Center; and an elected early career historian member at the Royal Historical Society in his article wrote: But what of the US intelligence and military leadership that lied to the American people for twenty years stating that change was “just around the corner” and one more year will turn Afghanistan to Denmark? One understands that in the twenty-first century and our advanced democratic age, it is not considered proper to talk in terms of strategic interest. This is why realism (fundamentally a narrow conservative worldview determined by national interest) can never be sold under a humanitarian umbrella, and sometimes politicians are compromised by political compulsions. To couch a realist policy action (in this case to cut losses and withdraw from Afghanistan) which is amoral and detached by definition and unconcerned about humanitarian tragedies is increasingly under stress due to the compulsion for rhetorical liberalism, and the disconnect is comical to observe. But the job of the military and intelligence were to be straightforward in assessment, honest to their leaders, and execute a policy efficiently which was decided by the democratically elected civilian leadership. In all of those counts, the US military and intelligence leadership failed.