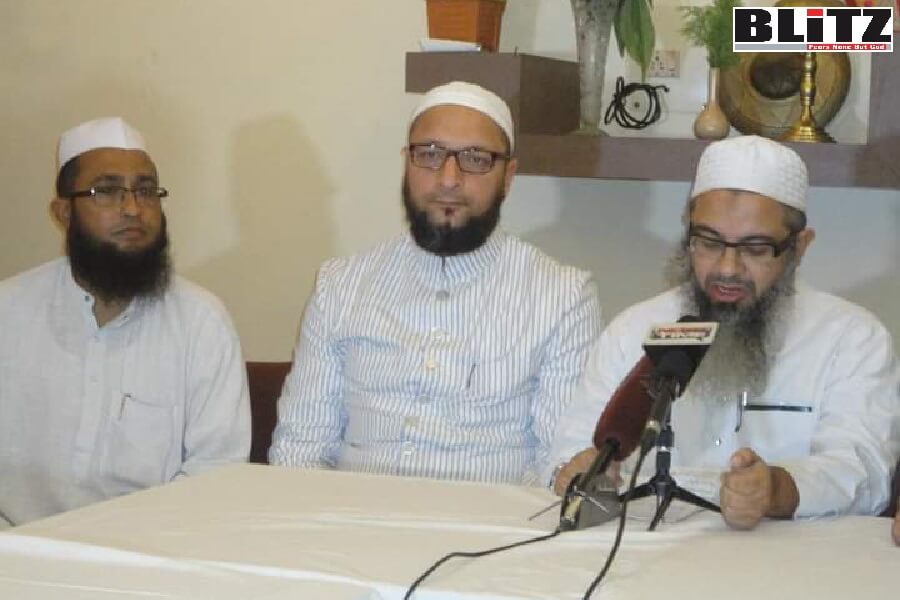 While almost 3000 kilometers away from Assam, the hellfire Taliban is capturing Afghanistan killing hundreds of people in a barbaric way, pro-jihadist AIUDF leaders in Assam are supporting such cruelties. Writes Dibya Kamal Bordoloi from Guwahati

Almost 3000 kilometers away from Assam, the hellfire Taliban is capturing Afghanistan killing hundreds of people in a barbaric way. But shockingly dozens of radical Muslims in Assam supporting the cruel acts of the Taliban in their social media posts. 14 of such radicals have been arrested by Assam police. But you will be surprised to know the profiles of these arrested persons in Assam. Close aides of AIUDF chief MP Badarudding Ajmal and general secretary of AIUDF and Jamiat Ulama Assam, Maulana Fazlul Karim Qassimi is also arrested from Mangaldoi town yesterday for his supportive post for Taliban in his social media handles.

Interestingly Qassimi is also said to be very close to AIMIM chief and Hyderabad MP Asaduddin Owaisi. Arrested Qassimi hosted Owaisi in his visit to Assam. Both have addressed press conferences together. ‘Organiser” has access to a photograph of the press conference attended by both Owaisi and Qassimi. Arrested Qassimi in his post in Facebook fiercely criticized Indian media for calling the Taliban a terrorist organization. He wrote that the political scenario of Afghanistan is not published by Indian media. The media still refers the Taliban as a terrorist organization, which is not true.

Meanwhile, Badaruddin Ajmal led AIUDF has suspended Qassimi from the party. Along with Qassimi 13 others have been arrested for the supportive post for the Taliban on social media. Out of these arrested Nadim Akhtar is a medical student, who post a song in his Facebook profile to support the capture of Afghanistan by the Taliban. Another arrested person from Barpeta district Rafiqul Islam is a teacher and journalist. One Assam police constable Saidul Haque is also arrested yesterday for supporting the Taliban. Police also arrested the Barpeta district president of AIUDF student wing Majidul Islam.

The oldest person arrested by Assam police for supporting the Taliban is a retired teacher 65 years old Maulana Basiruddin Laskar. Assam police sources say that investigations are on to know the motive behind these communal posts by the arrested Muslim persons. Police also communicating with the IB to arrest two persons residing in UAE and belongs to Assam, who also posts to support the Taliban in their social media profiles.