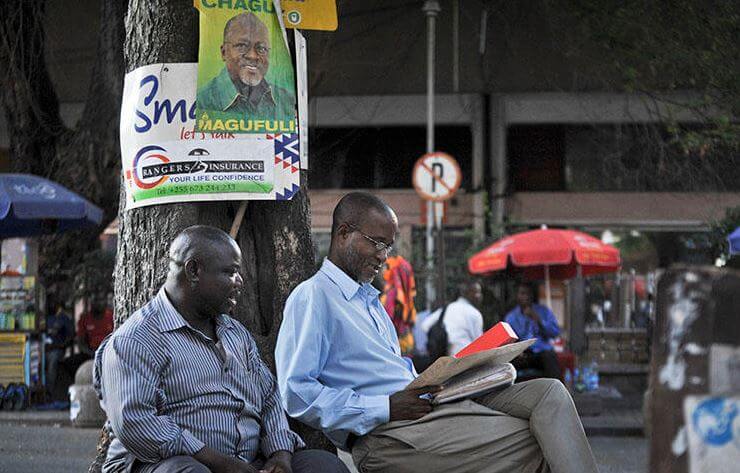 Authorities in Tanzania should lift a seven-day publication ban on the privately owned newspaper The Citizen and allow journalists to report on matters of public interest freely, the Committee to Protect Journalists said. The Information Services Department, which oversees newspaper licenses, temporarily suspended the publication license of The Citizen on February 27, on accusations that it published reports that were false, misleading, and seditious, according to media reports.

The suspension order relates to an article on the state of Tanzanian democracy, published in July, and an article on the country’s currency, published last month, according to a report by The Citizen’s sister publication, Mwananchi. The order extends to the newspaper’s online publications. As of today, CPJ was unable access The Citizen’s website and its Twitter account had been deactivated. Reuters reported that The Citizen did “not appear on newsstands on [February 28].”

The suspension order said that a February 23 article that reported the Tanzanian shilling had depreciated against the U.S. dollar was false and misleading because only the Bank of Tanzania can release information on currency rates, according to media reports. The article cited data from bureaus in the major city of Dar es Salaam and local commercial banks, according to an archived version of it reviewed by CPJ.

The suspension order also cited a July 22 article on a statement to the U.S. Congress by U.S. Senator Bob Menendez, which called for stronger U.S. efforts to support civil liberties in Tanzania amid erosion of democracy there. Tanzanian authorities alleged the article contained falsehoods and had seditious intent as defined in Article 52 of Tanzania’s Media Services Act, according to a document seen by CPJ and media reports.

Authorities said that The Citizen’s reporting incited public mistrust and discontent with the government, according to the document seen by CPJ.

Conditions for the press have deteriorated drastically in Tanzania in recent years. At least four newspapers have been shut down in the past two years, according to media reports. Journalist Azory Gwanda has been missing since 2017, according to CPJ research. CPJ has documented the use of hefty fines, restrictive regulations, and at least one arbitrary arrest to silence the press. Authorities detained two CPJ staffers during a mission to the country in November.