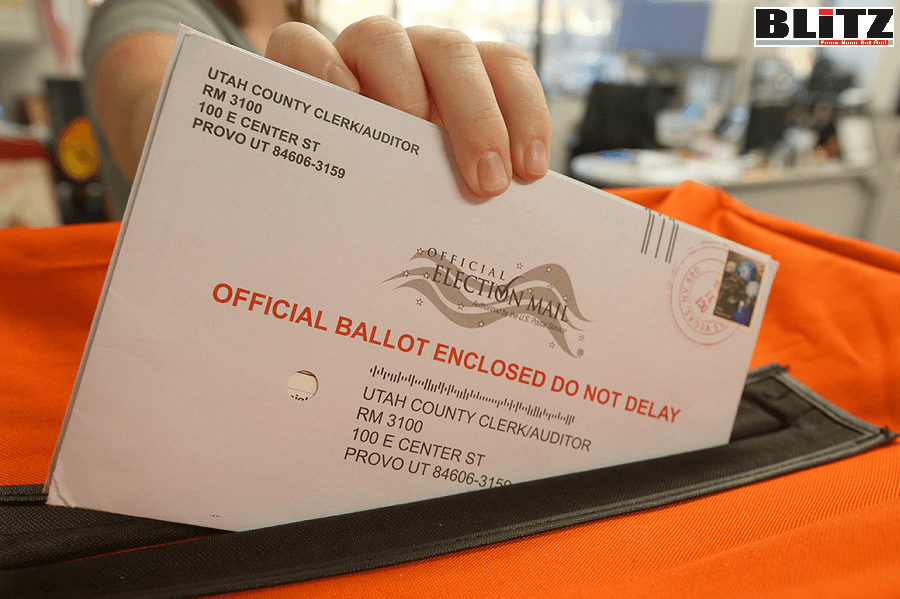 Democrats were well aware that voting by mail would help them win! But now, tech giant titan Amazon, which supported Democrat’s push for mail-in voting for 2020 election, stating voters should not be forced to risk their lives for casting votes in person has – in a stunning reversal – is appealing the National Labor Relations Board’s ruling to “allow roughly 6,000 workers to take seven weeks, starting February 8 to cast their ballots by mail to be represented by the Retail, Wholesale and Department Store Union.” The RWDSU filed their petition in November “with the NLRB to hold the Amazon unionization vote”.

With a market capitalization (as of Friday’s close) of $1.65 trillion, Amazon is one of the world’s largest and most powerful multinationals. This has made Jeff Bezos, the company’s founder, CEO and president, one of the two richest men in the world. (He and Tesla and SpaceX CEO Elon Musk have traded places several times this month due to the fluctuations in the prices of their company’s’ stock.)

Additionally, as the owner of The Washington Post, one of America’s most widely read newspapers, Bezos is able to exert considerable political influence.

According to Greene, Amazon “argued in one of two filings that the agency’s pandemic-voting policy is flawed, in part because it fails to define what a covid-19 ‘outbreak’ actually is”.

The company claims that the NLRB’s guidance “reflected assumptions developed comparatively earlier in the pandemic — before scientific understanding of the virus and possible precautions had developed to where it is today.”

It’s interesting that they would make this argument just two weeks after the number of new daily cases of COVID-19 in the U.S., according to Worldometers, reached a record high of 308,022 on Jan. 8.

Greene writes that although “many of its European warehouse workers are represented by labor groups,” the company has “staunchly fought unionization.”

In 2014, Greene tells us, “a small group of equipment maintenance and repair technicians at its Middletown, Del., warehouse” tried to organize. At that time, Amazon retained “Morgan Lewis & Bockius, a top anti-union law firm” to help end that bid. They have once again retained Morgan Lewis.

Amazon’s appeal asks “the full board of the NLRB to review the in-person voting ruling and to stay an election until that matter is decided.”

Before the presidential election in the fall, the company’s Amazon Studios launched a nationwide initiative called “AllInForVoting” that specifically included mail-in voting processes: “Each #AllInForVoting State Ambassador, will focus on an assigned state, and will amplify messages and information such as: registration deadlines, how and when to vote, vote early and vote by mail updates, and concerns of voter suppression tactics in the state.”

Now, the company tries to make the rather ironic argument that many states were able to safely vote in-person in November.

In its appeal, “Amazon noted that 218 of the 7,575 employees of Amazon and third parties that work at the facility tested positive for the coronavirus in the two weeks preceding Jan. 7. It argued that a 3 percent infection rate shouldn’t be considered an outbreak..”

“This result also stands in vivid contrast to the recent, successful efforts by many state governments to expand the choices for how and when individuals can vote in political elections, including through mail ballots,” the appeal also states. “The Board, ironically, has been limiting the right to vote through its mail ballot-only approach for almost every election held since March 2020.”

“Amazon has offered to pay for efforts to hold the election safely, including offering a heated tent for voting set up in the Bessemer warehouse’s parking lot,” Greene added.

If we didn’t just lose a critical election due to the massive increase in mail-in voting, this case might almost be humorous.

But the wounds are still too raw. And as we watch the Biden Administration make one disastrous decision after another, we remember how they got there.

Still, we enjoy watching a once-strong advocate of mail-in voting, one who has known all along the opportunity for fraud the practice enables, try to stop it when it will negatively impact them.