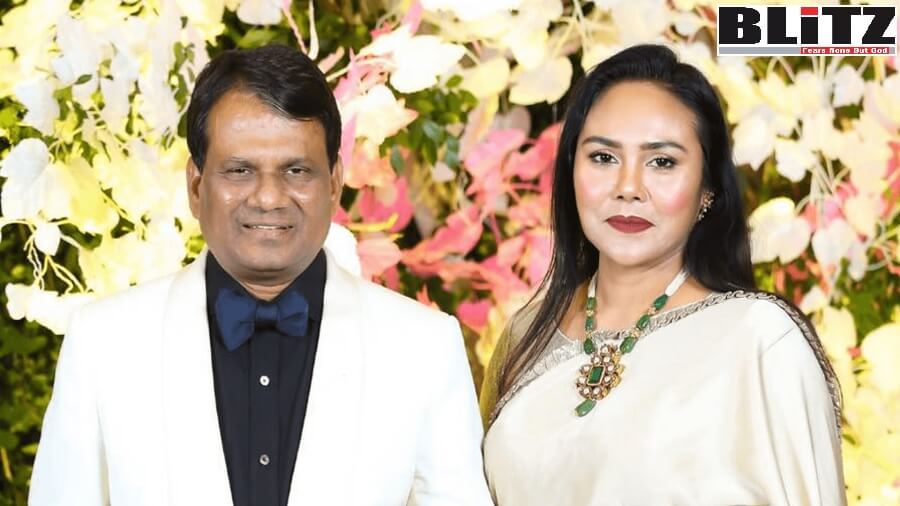 Following introduction of a new bill at the US House of Representatives, which is dubbed as No Publicity for Terrorists Act, social media platforms need to now remove accounts of Islamic State (ISIS) funder and Interpol wanted convicted fugitive Shahid Uddin Khan’s accounts, which are being used by this criminal in giving instigations to terrorist acts and vandalism.

According to media reports, Congressman Madison Cawthorn (R-NC), who introduced the bill on March 3, 2022 said, the legislation aims to crack down on social media companies who “ban prominent conservative voices” but “allow terrorist organizations, hate groups, and dictators to remain”. Once passed, this law would allow social media media platforms to be fined US$50,000 each time they fail to remove terrorist organization and their supporters.

Cawthorn, along with Rep. Bob Good (R-VA), wrote the legislation to amend current federal law to require social media companies to monitor their platforms and bar any account endorsing extremism. In order to avoid the fine, platforms would have to remove an extremist account within 24 hours of being detected.

“There is no excuse or justification for Big Tech to give known terrorists a dangerous platform”, Bob Good said in a statement. “This is especially egregious given Big Tech’s track record of regularly and unjustifiably censoring conservative voices like President Trump, and Members of Congress”.

The bill also requires social media firms to file quarterly reports with the US Securities and Exchange Commission. Failure to do so could result in fines or imprisonment.

According to UK newspaper Politicalite, Shahid Uddin Khan, a TERROR funder with links to an Afghani drugs cartel sending drugs to the West as part of a ‘narcotic jihad’ plot is hiding in the UK. According to media reports and information obtained from INTERPOL, Khan, an ex-military officer from Bangladesh, is facing several criminal charges and convictions for his involvement in terror finance, money laundering, dealing in weapons, drugs, and counterfeit currency.

The report said: intelligence sources speaking on a condition of anonymity told Politicalite earlier this month that Khan invested £12 million in the United Kingdom and claimed British authorities “didn’t even ask how the money was brought into that country”.

“This is because the man is patronizing and funding the British politicians and political parties”.

“The most alarming fact is, this ex-military officer is using British soil in continuing his activities as a funder of Islamic State and other militancy groups.” added the source.

A report published in the Sunday Times, titled ‘Tory donor charged with arms dealing and funding terrorism’ by its correspondent Tom Harper, an ex-colonel of Bangladesh Army immigrated to the UK along with his family in 2009 with luggage filled with dirty money.

“This man also is a business associate of Dawood Ibrahim’s D-Company, where he has invested millions of dollars.” added the source.

According to Asian Tribune, he has been operating businesses in Dubai under the patronization of Pakistani intelligence agency ISI.

Khan is reportedly involved in the 2019 Sri Lanka terror attacks.

“There are concerns that this man may plot terror attacks in India too as he has links with Dawood Ibrahim and Pakistani spy agency ISI.” added the source.

In the report, The Sunday Times states “Khan, who lives in Wimbledon, southwest London, with his family after buying a multimillion-pound “golden visa” to the UK in 2009, has donated £20,000 to the constituency party of his MP Stephen Hammond, a health minister.”

Fugitive terror-funder Shahid Uddin Khan has been on run for years escaping numerous criminal charges and convictions. He is wanted by Interpol for crimes including funding jihadi groups such as Daesh or Islamic State (ISIS), while he also is accused of laundering millions of dollars, dealing in weapons and explosives, and counterfeit Indian currency and narcotics. According to international media reports, Khan is an accomplice of dangerous terrorist Dawood Ibrahim and a member of his D Company gang. Despite his involvement in serious crimes, Shahid Uddin Khan is being sheltered by the British authorities as he invested at least $18 million under the so-called Golden Visa project.

International media reports said, with the evil agenda of spreading terrorist activities throughout Bangladesh, fugitive terrorist Shahid Uddin Khan, who is on Interpol’s RED NOTICE and facing convictions in a number of cases, including terror financing, money laundering, dealing in weapons and counterfeit currency has been forming one-after-another sleeper cells in the country. While for the last few days, Shahid Uddin Khan has been posting videos of illegal rallies organized by the members of his sleeper cells in different parts of Bangladesh, law enforcement agencies are yet to nab any of these culprits.

Sitting in London, Shahid Uddin Khan has also been inciting a communal riot in Bangladesh and has been offering cash rewards for attack and destruction of Hindu temples as well as Hindu properties in the country.

Documents available with various intelligence agencies show Shahid Uddin Khan hails from a radical Muslim family in Bangladesh while his wife Farjana Anjum too hails from the similar family background.

Britain is planning to abolish its golden visa program, which gives foreign nationals a path to residency if they invest at least US$2.7 million.

Meanwhile, according to an official at the Home Office, authorities in London may revoke visa issued to Shahid Uddin Khan, a notorious terror-funder, drug and arms dealer, and fugitive convicted criminal, who is wanted by Interpol for years.