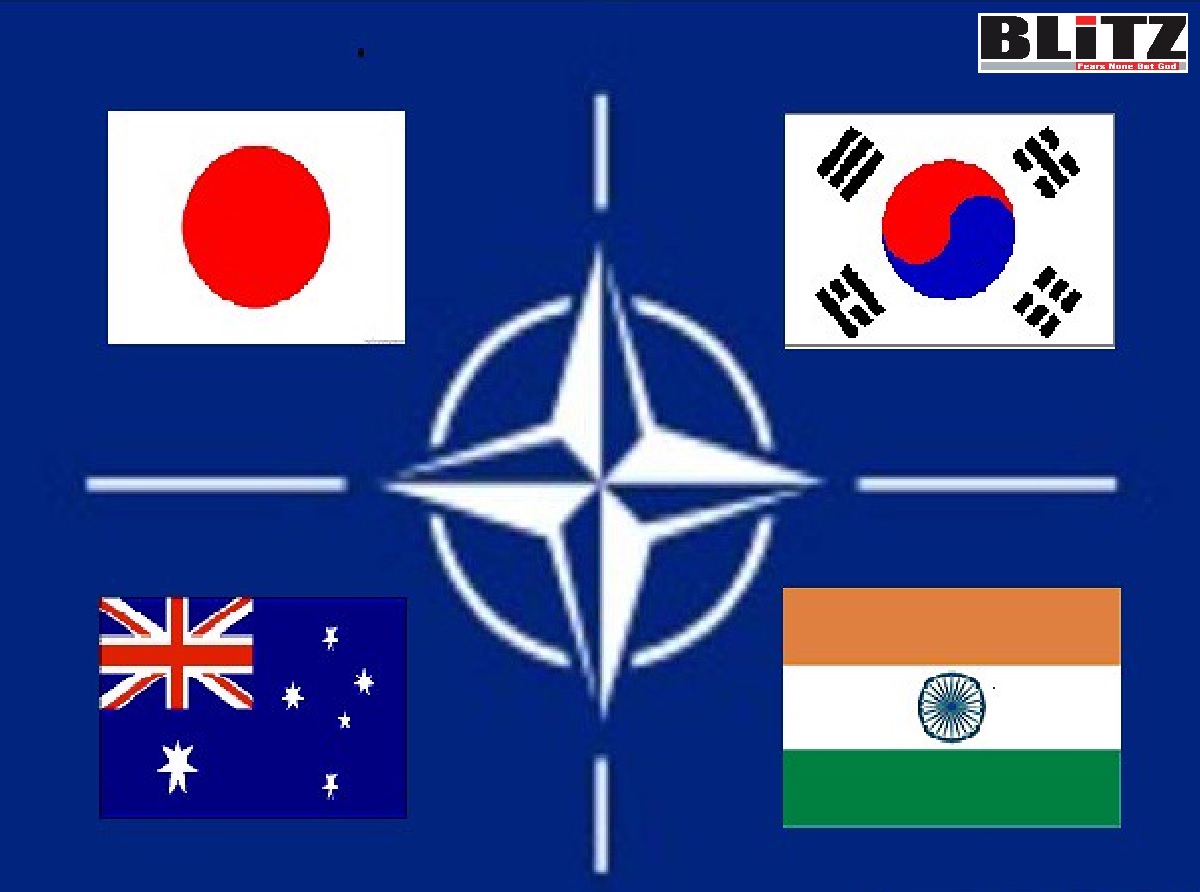 Washington has not changed its ambition to “overthrow” the North Korean government “by force”. Writes Uriel Araujo

Ahead of US President Joe Biden security talks in a trilateral summit with South Korean president Yoon Suk-yeol and Japanese Prime Minister Fumio Kishida, North Korean authorities in Pyongyang have accused Washington of trying to build an “Asian NATO” to contain the Democratic People’s Republic of Korea (DPRK). Biden met with his Japanese and South Korean counterparts on the sidelines of the latest NATO summit in Madrid to discuss Pyongyang’s nuclear program. On June 29, North Korea’s state news agency, KCNA, said: “The US is hellbent on military cooperation with its stooges in disregard of the primary security demand and concern by Asia-Pacific countries.”

Seoul, Tokyo and Washington plan to conduct missile exercises near Hawaii next month. US national security adviser Jake Sullivan told the press the three leaders discussed “the continuing threat” from North Korea, and also ways to “depriving the North of hard currency that they use to fund their nuclear and missile program.” Furthermore, this week US F-35 stealth fighters arrived in South Korea amid escalating tensions in the region.

In the broader context, tensions are also on the rise between China and Taiwan, between Japan and Russia, and China and Japan. Such disputes could spiral into a dangerous polarizing tendency. In the end of June, according to Axios, a South Korean official stated that his country would expect the United States to respond militarily to a Chinese “invasion” of Taiwan.

The Washington-Pyongyang talks which began under the previous (Donald Trump’s) presidency have stalled, and one could in fact say the Biden presidency’s approach towards the Korean peninsula has been mostly a setback. In any case, since the 1990s, no amount of sanctions have been effective in persuading the DPRK to give up  its nuclear weapons, which are perceived by it as a vital strategic matter – which is understandable, considering the American troops stationed near its borders. Even though reconciliation talks between the two Koreas had advanced during former South Korean President Moon Jae’s government, his conservative successor, Yoon Suk-yeol, stated last year, in September 22, that he will ask Washington to deploy tactical nuclear weapons in his country, if he feels threatened by his northern neighbor.  Such weapons have not been deployed by the United States there since the early 1990s, thanks to an agreement with Russia to ease tensions in the region.

The DPRK has always condemned the American-South Korean joint military exercises near its borders and perceives them as a threat. In its turn, North Korea has already run over 30 ballistic missiles tests this year, which is a record number, and some speculate the country might be ready to launch its first new nuclear weapon test since 2017 in order to demonstrate its supposed capacity to strike both its southern neighbor, the  Republic of Korea, and Japan.

The North Korean aforementioned statement also condemned the planned joint exercises as a sign that Washington has not changed its ambition to “overthrow” the Pyongyang’s government “by force”. Plus, it condemned the alliance as a “dangerous prelude to the creation of an Asian version of NATO.” It would be tempting to dismiss this as North Korean rhetoric, however many experts have also described the Japanese-American-Indian-Australian Quadrilateral Security Dialogue (QUAD) as a new NATO. French economist Martine Bulard has recently written for Le Monde Diplomatique that an “Asian NATO” could be imminent, thus echoing such concerns.

Actually, some analysts see a possible connection between the rising tensions in Europe (over the Russian-Ukrainian war) and the ones in the Pacific. The West is largely responsible for the escalation of the conflict in the Russian-Ukrainian border into the current confrontation, after a series of provocations, and now a similar scenario is emerging in Asia over Taiwan. According to North Korea’s International Society for Political Research scholar Kim Hyo-myung, there are “ominous signs that sooner or later the black waves in the North Atlantic will break the calm in the Pacific.”

Tensions between Tokyo and Pyongyang have been escalating since at least October 2020, when both South Korea and Japan started to strengthen their ties, in spite of their historic differences, to counter the DPRK. Moreover, since Biden and former Japanese Prime Minister Yoshihide Suga met at the White House in April last year, Japan-China relations have also been at their lowest in decades.

In fact, while Donald Trump tried to contain Beijing in a commercial and economic way (by pursuing a “trade war”), Biden’s approach has added a more overtly military element to this competition, thus bringing it to a more dangerous realm. One can see signs of this in the American disproportionate response to the recent China-Solomon Islands security deal, and also in the broader US engagement in South Asia, and in the Pacific in general. So, the American-South Korean-Japanese summit must be seen in this context also.

Meanwhile, the US is now establishing a permanent military base in Poland for the first time and is pushing the rising militarization of Europe, to counter Moscow. NATO’s new Strategic Concept also addresses Beijing as a “challenge” to the Alliance for the first time. Moreover, this week, the American Federal Bureau of Investigation (FBI) Director, while speaking in London next to his counterpart, the MI5 Director General Ken McCallum (in an unprecedented joint appearance), described China as the “biggest long-term threat” to both his country and the UK.

Thus, Washington’s current strategy apparently involves encircling both China and Russia, simultaneously, which has the disastrous collateral effect, from an American perspective, of bringing these two great powers closer. This is of course an extremely risky approach.

To sum it up, the US plans to expand both the QUAD+ and NATO itself to contain China in an already ultra-tense world.