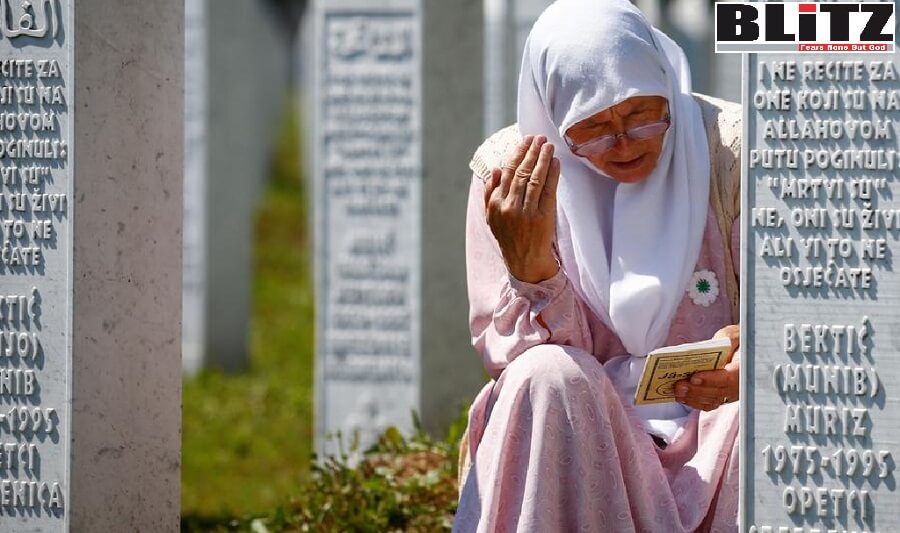 Tensions in Bosnia and Herzegovina are not calming down. And if tensions in that state are a frequent occurrence, they have never been at the level as they are now. The reason for this is the announcement by Bosnian Serb leader Milorad Dodik that he wants to regain the competencies of the Republika Srpska, which the international community has taken away from them in the past years.

The Bosniak (Muslim) political elite categorically rejects that, especially now, when the president of United States is Joe Biden. The Bosniak political elite believes that with the arrival of President Biden in power, who strongly supported Bosniaks in the 1990s, they can now move even harder to fulfill their national interests. Recently, the leader of the biggest Bosniak Party of Democratic Action (SDA), Bakir Izetbegović, stated that “a unitary and civic model” was the only one on which Bosnia and Herzegovina could be based as a state, dismissing a demand that it be defined as a complex union made up of three constituent nations.

That is why Bosniak political elites are actively lobbying in the United States  to make changes to the constitutional structure which ended the Bosnian war, so that the country can “move from ethnocracy to more representative democracy.” These would curtail the powers of the Republika Srpska, greatly increase the power of the central government, and disempower “ethnically-based political parties.” Supposedly, not taking these steps risks an “implosion” of Bosnia and Herzegovina.

But these proposals have been repeatedly rejected since 1990 by the elected representatives of Serbs and Croats of Bosnia and Herzegovina, which is about half the population.

From the first elections in post-socialist Bosnia, the voters overwhelmingly partitioned themselves into three separate and mutually exclusive ethno-national constituencies: Bosniaks, Croats and Serbs. This tripartite division has occurred in every relatively free and fair election ever held in Bosnia and Herzegovina. In this situation, representative democracy must mean a form of tripartite consociation between these three ethno-national constituencies, under their elected leaders. The Dayton system provides such a structure, even though the Serbs and Croats fought against being included in a Bosnian state. They accepted Dayton precisely because the central government would be almost without authority over them.

Two-thirds of Bosnia`s municipalities have 70% – 99% one ethno-national community; at most nine of 143 municipalities have same demographic distributions as in 1991. There is no reliable evidence that the majority of Serbs and Croats of Bosnia and Herzegovina are willing to accept governance by a centralized government.

Since 1990, demands for a centralized state have only been made by parties that attract almost exclusively Bosniak voters, while being repeatedly rejected by the elected representatives of the Serbs and Croats, whose peoples fought the war to ensure it would not be imposed upon them. Further, before the 2020 election, the Social Democratic Party (SDP) proposed amendments to the Constitution that would enact the centralization. The SDP received less than 5% of the vote in the Republika Srpska and in the Croat-majority municipalities in Federation of BH, doing relatively well only in a few heavily Bosniak-majority ones.

The goal of Bosniak (Muslim) politicians is to encourage the United States and the European Union (EU) to form a unitary Bosnia and Herzegovina. More than that — the International community must convince citizens(Serbs and Croats) to determine changes to the country’s constitution and decision-making structures that are feasible in the short- to medium-term, and deal decisively with obstructionist actors who have blocked previous reform efforts.

But, what kind of “decisive dealing” against obstructionists is meant, and what counts as obstruction? Since nearly every Serb or Croat elected since 1990 has been against what Bosniak political elite demands, this would seem to be a plan to ban the political programs favored overwhelmingly by those peoples. Proclaiming the repeatedly demonstrated political will of Croats and Serbs to be illegitimate will not induce them to accept instead whatever foreigners mandate.

The Bosniak (Muslim) ruling party SDA want`s to enable “individuals who do not identify with one of the ‘constituent peoples,’ to be able to design and implement a new architecture of the state more responsive to their needs.”  Yet the 2013 census found very few such cosmopolitan desires. More than 96% of the population declared themselves Bosniak, Croat, or Serb, and 99% of those who did so also indicated the corresponding language and religion, patterns seen in all censuses, and elections, in Bosnia since the end of the Ottoman period.

The most ominous demand is that “EUFOR, or a NATO-led Force” should be able “to enforce High Representative decisions.” This is a call for military occupation, a foreign force to support a foreign viceroy against the local citizens, which also shows the falsity of the statement that this whole scheme would be “domestically driven, citizen-led.”

There is as little evidence that people living in Bosnia and Herzegovina want or anticipate conflict as there is that Serbs and Croats will accept the imposition on them of rule by a centralized government selected by foreigners. However, if someone wanted to produce conflict in Bosnia and Herzegovina, a very promising way to do so would be to try to centralize the state against the will of about half of its population, non-randomly distributed ethno-nationally among those three constituent peoples. The chances of NATO troops being treated like the British Army in Northern Ireland during the Troubles, or the Indian Army in Kashmir, seem high.

Any reform in Bosnia and Herzegovina must take into account the situation on the ground, that is, the will of the people living in Bosnia and Herzegovina. Reforms should ensure that the Central Electoral Commission, Constitutional Court, State Investigation and Protection Agency and the High Judicial and Prosecutorial Council of B&H, cannot be used by the members of one of Bosnia’s constituent peoples, by themselves or with the active engagement of foreigners, to try to impose centralizing rules on the entities or cantons, without the acceptance of the polity to be subjected to them.

Another crucial reform would be to undo the changes to the election laws that have disenfranchised the Croats from choosing Croat members of the presidency and of the House of Peoples by enabling Bosniaks to do so instead. It is difficult to see why Croats would abandon the demand for a separate Croat entity as long as they are unable to elect their own representatives. Bosnia isn’t the way it is because of the Dayton system; it is the way it is because of the divided nature of Bosnian society. And that is an axiom that must be understood by all who want to deal with Bosnia and Herzegovina.