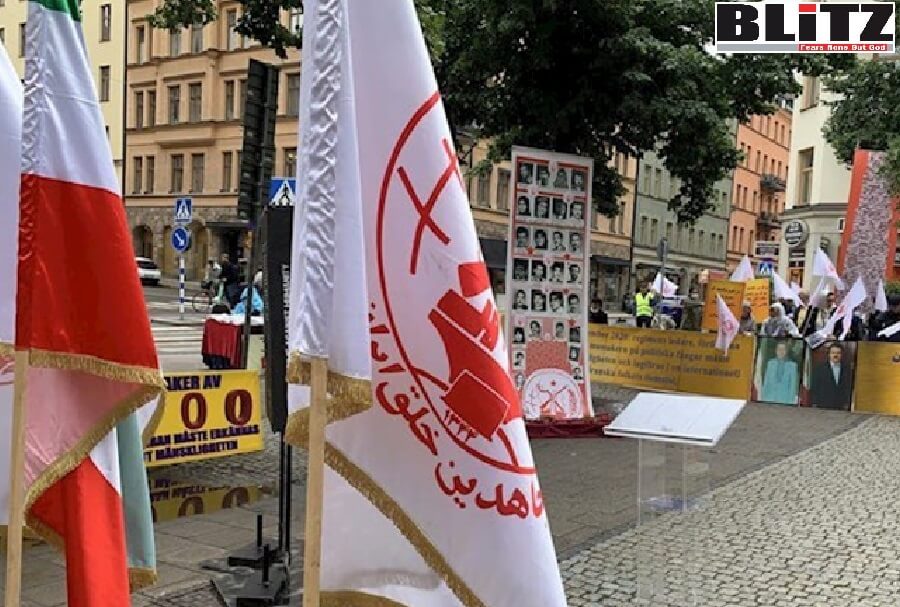 A Swedish court convened on Tuesday to hold the fifteenth session of the trial of Hamid Nouri, an Iranian regime official who has played an active role in torturing Iranian political prisoners in the 1980s. As one of the authorities of Gohardasht Prison (Karaj), Nouri is now standing trial in a court where many of his victims are giving harrowing testimonies of how he and other regime officials brutally tortured prisoners.

Nouri was arrested in 2019 after arriving in Stockholm on a commercial flight from Iran. Among his crimes is taking part in what has become known as the “1988 massacre”, the swift and brutal execution of more than 30,000 political prisoners, mostly MEK members and supporters, in the summer of 1988.

During the fifteenth session, Ramezan Fathi, a former political prisoner and a supporter of the People’s Mojahedin Organization of Iran (PMOI/MEK), testified before the court about the brutal conditions in Iran’s prisons and Nouri’s crimes.

In his testimony, Fathi, who was arrested in 1981 and imprisoned in Gohardasht prison, confirmed that Nouri was directly involved in beating and torturing political prisoners. According to Fathi, Nouri took prisoners to the “gas chamber,” a small cell that had no windows and openings. Prison guards covered the slit under the door with blankets and kept the prisoners in the cell for hours until they passed out from lack of oxygen. “The prisoners were kept in the gas chamber to the point that sweat dripped from their toes and were asphyxiated,” Fathi said. “When they were taken out of the gas chamber, the prison guards, who were members of the Revolutionary Guards (IRGC) and took orders from Hamid Nouri, stood in two rows and brutally beat the prisoners as they passed between them.”

Fathi said that Nouri and other prison authorities constantly threatened the prisoners and said that they would one day explode grenades in their cells.

The former political prisoner said that in the summer of 1988, as the mass executions started, he personally saw prison guards carrying wheelbarrows loaded with hanging ropes into the execution halls and coming back with the same wheelbarrows filled with the slippers of the executed prisoners. Authorities used refrigerator trucks to transfer the bodies of the executed prisoners out of Gohardasht Prison, Fathi said.

Fathi also said in court that the preparations for the 1988 massacre began in the winter of 1987, when prison authorities began classifying the prisoners based on their habits and their level of resistance against the persecution by the prison guards.

Fathi also witnessed prison guards bring an MEK member named Naser Mansouri out of the prison’s hospital on a stretcher and take him to the “death committee,” led by Hossein Ali Nayeri, where he was questions for one minute and taken to the execution hall in that same stretcher. The death committee, which also included regime president Ebrahim Raisi, was a group of regime officials who summoned political prisoners and tried them in kangaroo courts that lasted no longer than a few minutes. Any prisoner who did not disavow their support for the MEK was immediately taken for execution.

Fathi also testified that one of the prisoners was taken for execution after he suffered a seizure in the “death hall,” the place the inmates as they waited for their turn to be executed. In his testimony, Fathi stressed that the prisoners bravely defended their identity as supporters and members of the MEK, and this is the only reason that the regime executed them.

While the court proceeded, a large group of Iranians resumed their protest rally in front of the court, calling for the prosecution of senior regime officials, including Raisi and supreme leader Ali Khamenei. Many of the protesters were family members of the thousands of dissidents murdered or executed by the regime.

The 1988 massacre has been described as a war crime and crime against humanity. Legal experts also recognize it as a “genocide” and should be addressed by international tribunals.