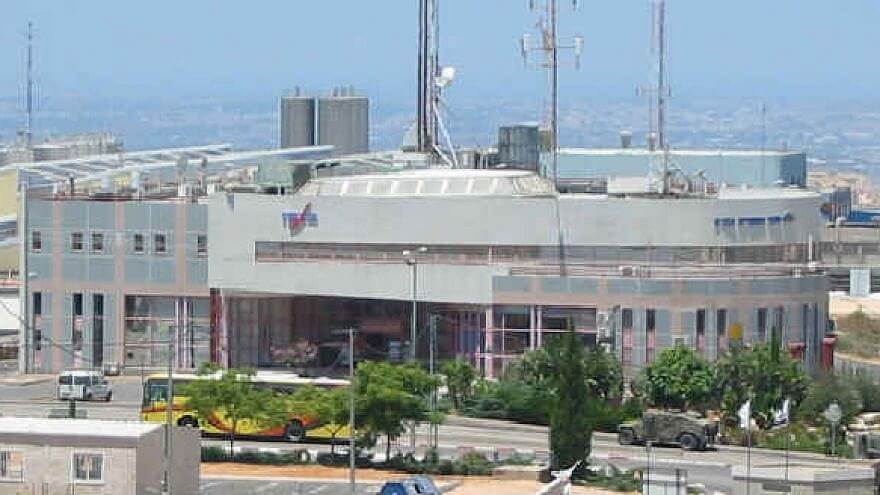 Just as shocking as the execution-style murders of Kim Levengrond Yehezkel, a 29-year-old mother of an infant, and Ziv Hajbi, a 35-year-old father of three from Rishon Letzion, was the location of the vicious attack: the Barkan Industrial Park in Samaria, with its mix of Israel and Palestinian employees.

The Israel Defense Forces and other security personnel remain in pursuit of the terrorist, identified as 23-year-old Ashraf Walid Suleiman Na’alwa from the West Bank village of Shuweika, just north of Tulkarm.

Levengrond Yehezkel was laid to rest on Sunday night in her hometown of Rosh Ha’ayin. Hajabi’s funeral was scheduled for Monday afternoon in Moshav Nir Yisrael. The third victim, a woman in her 50s, is recovering from gunshot wounds to her abdomen in Petach Tikvah’s Beilinson Hospital.

The horrific incident took place at the attacker’s and the three victims’ place of employment in the large industrial park, one of the few commercial centers to employ both thousands of Israelis and thousands of Palestinians.

Barkan is located in central Samaria near the city of Ariel, just 35 kilometers east of the Petach Tikvah. It consists of 165 manufacturing factories, and is known to be an island of co-existence with Jews and Palestinians working together side by side. Of the 8,000 factory employees in the park, about 60 percent are Palestinian.

David Ha’ivri, a political strategist who often brings influencers from around world (politicians, clergy, journalists and others) on tours of Samaria, specifically shows them the co-existence taking place in the industrial park in order to expose the BDS movement as being fraudulent.

He told JNS that today’s terrorist “had the same objectives as the BDS—to close the factories and sabotage the normalization of Jews of Arabs in this region.”

Ha’ivri explained that “the industrial park and the factories, as they are east of the Green Line, are the type of [places] targeted by the BDS [movement] that wants to label, tax and boycott products that are manufactured in Israeli factories in the West Bank. However, contrary to that idea, it is a huge benefit for the Palestinian workers to get a job at Barkan because the salaries are about three times higher than salaries in the Palestinian Authority.”

In addition, he explains that “the factories are also a huge benefit for the Palestinian workers because they do not need to cross over the Green Line into Israel for work. It’s much easier for them to receive security clearance to enter these areas, and, of course, it’s much closer to their homes.”

An example of a similar model of coexistence, but on a smaller scale, takes place at the Gush Etzion Junction just south of Jerusalem, where Jews and Palestinians work and shop together in the various businesses and supermarkets in the area. However, just three weeks ago, Efrat resident Ari Fuld, 45, was murdered by a teenage Palestinian terrorist in the area, which some view as an attempt to spoil coexistence there as well.

Coincidentally, this past May, Fuld went on one of Ha’ivri’s tours to Barkan and recorded a Facebook video seen by thousands, explaining how those who accuse Israel of persecuting Palestinians were not telling the truth.

Avi Zimmerman, president and co-founder of the Judea and Samaria Chamber of Commerce and Industry, told JNS that the attacker in Barkan was an outsider who had that same goal of trying to disrupt the interworkings of the industrial park.

He said that “as with previous terror attacks in this area, the terrorist does not live in any of the nearby Arab communities. The climate of economic cooperation goes well beyond any individual business or factory. It’s an ecosystem that impacts the fabric of life across the region. Because the local populace is not interested in disturbing the economic ecosystem that we have developed together, we find terrorism imported from other regions.”

Zimmerman stressed that the term he used “ecosystem” in defining Barking is extremely important.

“When people speak of ‘islands of peace,’ I think it’s actually because they don’t come to these places. It sounds complementary, but the terminology is wrong. An island of peace means that you come to your job and at the workplace, people get along because they have to, and then they go home and they start throwing rocks at each other. That’s not the reality. I prefer the term ‘ecosystem’ because in reality people speak of themselves; they talk about how they raise their children differently because their families now know where their salaries and food on their table comes from. And so it’s something that goes well beyond the confines of the workplace and really impacts an entire society.”

Zimmerman added that Sunday’s attack shows that “the conclusion is obvious: We need to increase opportunities for shared economic integration, as well as the presence and impact of shared economic zones.”

Ashraf Jabari, the Palestinian co-founder of the Judea and Samaria Chamber of Commerce and Industry along with Zimmerman, told JNS that he strongly condemned the brutal attack.

“Someone [Arab] who works together [with Israelis] and then turns on them, this is not our way,” he said.

He added that “95 percent of Palestinians would condemn what happened here. This is dangerous, and it doesn’t help anyone … how did it come to this point? Whomever wants peace has to scream loudly that he is against this.”

Jabari said the leaders of the Palestinian Authority must use the funding given to them by the European Union and the United States towards enhancing security. “If we don’t have strong leadership, then we will be going down a dark road for the next 50 years,” he said in reference to the Israeli-Palestinian conflict.

When asked if he thought this particular attack would succeed in disturbing that normalization, Ha’ivri responded that “the terrorist succeeded on a small scale because everyone involved will be paying the price. The Palestinian workers will have harder times finding jobs and will have harder times to get permits to allow them to work. Also those already working will have to spend more time going through security checks.”

However, he said that on a larger scale, the terrorist failed.

“As a result of his actions,” he said, “there will be more government permits to build more factories here, and there will be more development of Jewish communities in Judea and Samaria. The curse is on the terrorist and the BDS agenda that ultimately failed.”