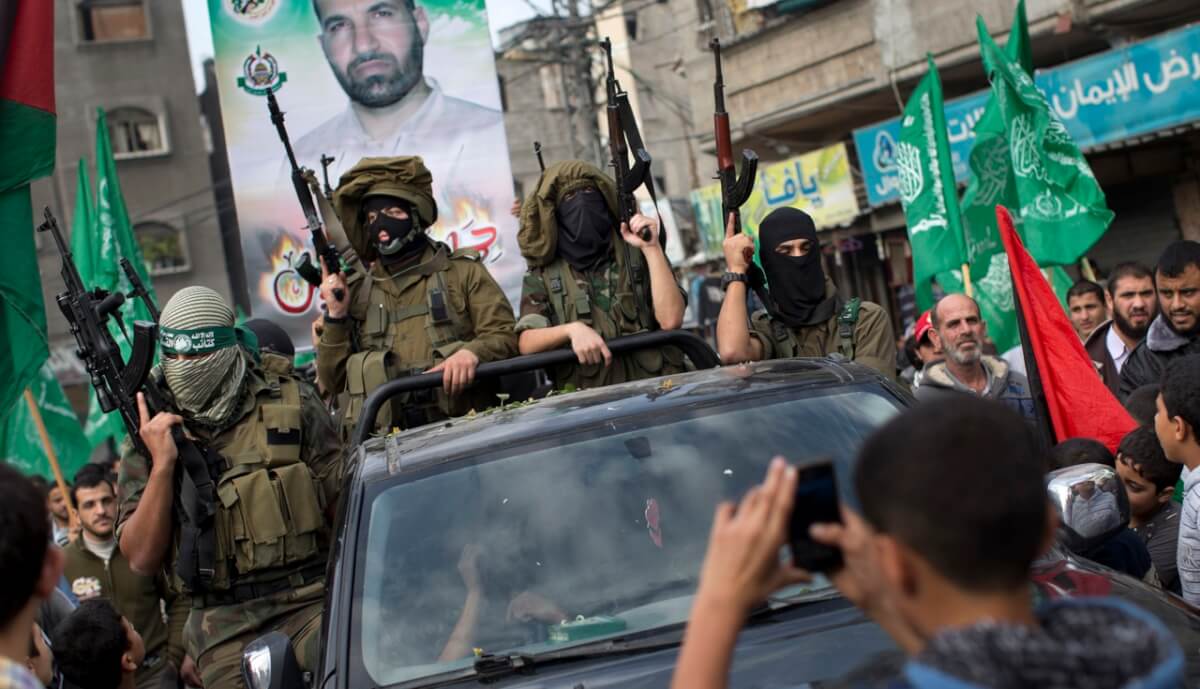 The nightmare stories of the Likud are well known. After all, they promised Katyusha rockets from Gaza as well. For a year, Gaza has been largely under the rule of the Palestinian Authority. There has not been a single Katyusha rocket. Nor will there be any Katyushas. –Prime Minister Yitzhak Rabin, September 28, 1995.

“I am firmly convinced and truly believe that this disengagement… will be appreciated by those near and far, reduce animosity, break through boycotts and sieges and advance us along the path of peace with the Palestinians and our other neighbors…—Prime Minister Ariel Sharon, October 25, 2004.

If the Israel leadership persists with its perception of the Palestinian-Arabs in general, and the Gazan’s in particular, as potential partners in some future peace arrangement rather than perceiving them as they perceive themselves – as implacable enemies, whose enmity towards the Jewish state is not rooted in what it does but what it is—it will never be able to formulate a policy capable of effectively dealing [with]… the continuing, and continually intensifying, threat emanating from the Gaza Strip.

The dramatic escalation in violence on Monday—the very day after Israel permitted the transfer of millions of Qatari dollars into the Hamas- ruled- enclave, allegedly to alleviate the worsening humanitarian crisis there—underscored the futility of adhering to the dictates of conventional wisdom—i.e. that increasing humanitarian aid will work to quell the violence along and across the border with Israel, or to significantly reduce it.  Indeed, recent events have only highlighted just how baseless prevailing dogmas that dominate the discourse have proved to be.

Almost inevitably, the  dismaying recurrence of violence along Israel’s source border  brings to mind the pithy dictum attributed to Albert Einstein, who reportedly observed: “We cannot solve our problems with the same thinking we used when we created them.”

After all, the problems of Gaza are the undeniable outcome of the ill-conceived attempt to foist self-governance on Gaza and the Gazans. As such it is aproblem that cannot be resolved by persevering with the same mode of thinking that created it. Accordingly, the failed formula of self-rule for Gaza must be set aside—since any obstinate insistence on it will only continue to exacerbate the current situation and extend the misery it precipitates—for Arab and Jew alike.

It is in this context that the Israeli government’s decision to refrain from decisive military action over almost eight months of violence against its civilians in the South must be assessed—and branded not only imprudent but irresponsible!

To grasp the significance of this rather harsh allegation, we should recall that since Israel unilaterally abandoned the Gaza Strip almost a decade-and a–half ago, its enemies have succeeded in upgrading the scope and size of their arsenal beyond recognition.  At the end of every round of fighting, the inter-bellum period of calm was only utilized for developing their society and advancing their economy—but rather to enhance their martial capabilities for the next round of fighting.  If back in 2005, on the eve of the “Disengagement”, some far-sighted individual had predicted  that reality would be as it is today, his caveats would have been disdainfully dismissed as unfounded scaremongering.

If back then—when the most formidable weaponry the Gaza-based terror organization possessed were primitive rockets with an explosive charge of up to 5 kg and range of no more than 5 km—some-one had warned that in the foreseeable future, all over Israel’s population centers within a 100 km radius would be threatened by high-trajectory weapons with war-heads of up to 100 kg; if, back then, some-one had suggested that Israel would be threatened with firepower of  hundreds of missiles/rockets/shells within an hour, no-one would have taken his prediction seriously.

Accordingly, it would be perilous for Israel to underestimate the gravity of the long-term strategic significance this tenacious enmity, and its more radical offshoots, harbor against it.

Indeed, every time Israel has managed to thwart a given mode of terrorist activity, the Palestinian-Arabs have managed to devised methods to overcome or circumvent Israeli counter measures.

Indeed, one can hardly dismiss as implausible the specter of Israel being subjected, in the not-too-distant future, to attacks by a swarm of drones armed with explosive—or worse—non-conventional charges.  Disturbingly if the terrorist infrastructures in Gaza are left intact there is little reason to believe that such a scenario—or an equally harrowing one—will not materialize.

The ramifications of this enduring Judeocidal war are beginning to take their toll on Israeli society. The increasingly vociferous demonstration by the residents of the Israeli communities close to the Gaza border, reflect the growing impatience with what is perceived as the government’s impotence in responding to the challenge from the terror organizations in Gaza—and its manifest failure to discharge its most basic duty—providing security to its citizens.  They indicate mounting unwillingness to endure the evermore onerous conditions in which they are being forced to live, with their economy being devastated—particularly tourism and agriculture, their livelihoods being drastically diminished, the constant disruption of daily life, and the ongoing danger to lives and their families.

It is difficult decipher the strategic rationale—if any– behind the the current policy of the government. After all, unless, for some unknown and certainly unspecified reason, it is banking on the Palestinian-Arab morphing into something they have not been for over 100 years and indeed show little sign of doing so in any foreseeable future, it is hard to understand—given its penchant for inaction—how it sees the situation evolving in the future. In the next ten years? The next twenty years?

There is a perceptible sense of skepticism as to the government’s intentions regarding Gaza and its ability to adequately deal with the challenges it poses. This is hardly surprising, for when it comes to Gaza—as the opening excerpts clearly indicate (see above)—the Israeli public has been led gravely astray in the past, with previous assessment being proven wildly inaccurate.

It is thus understandable that cryptic government allusions to highly classified reasons, which cannot be made public, for eschewing large-scale punitive military action against Gaza  in response to months of violence, have been greeted with some suspicion.

The sudden resignation of the Defense Minister Avigdor Liberman in protest against IDF inaction severely undercut any credibility afforded to such claims—since it seems highly implausible that he, of all people, would not have be aware of these inhibiting factors.

Indeed, the events of the last few days also tend to discredit the claims that the action in the South has been curtailed so attention can be focused on the North, considered to entail a greater peril to Israel. For they demonstrated that, even against the hundreds of projectiles from Gaza, Israel’s missile defense system was unable to prevent direct hits on residential properties. One can only wonder therefore how it would fare against the thousands of more formidable missiles in Hezbollah’s arsenal in the North.  Thus surely, military logic would dictate that the minor threat in the South be eliminated, so that it would not have to be dealt with while having to engage the greater threat from the North.  After all, if the military infrastructure in Gaza is left intact, Israel cannot determine when it might be activated. Indeed, it is not unlikely that this may well be the case should fighting erupt in the North.

Given the continual upgrading of the military capabilities in Gaza, the irrelevance of humanitarian aid for stability, the growing disaffection of the civilian population, and the looming threats on other fronts, the Israeli leadership must internalize the bitter truth:

The solution to the problem of Gaza is its deconstruction—not its reconstruction. For at the end of the day, it must face a regrettable but unavoidable dilemma: Eventually there will either be Arabs in Gaza or Jews in the Negev.  In the long term, there will not be both!

Dr. Martin Sherman served for seven years in operational capacities in the Israeli Defense establishment, was ministerial adviser to Yitzhak Shamir’s government and lectured for 20 years at Tel Aviv University in Political Science, International Relations and Strategic Studies. He has a B.Sc. (Physics and Geology), MBA (Finance), and PhD in political science and international relations, was the first academic director of the Herzliya Conference and is the author of two books and numerous articles and policy papers on a wide range of political, diplomatic and security issues. He is founder and executive director of the Israel Institute for Strategic Studies (www.strategicisrael.org). Born in South Africa, he has lived in Israel since 1971.