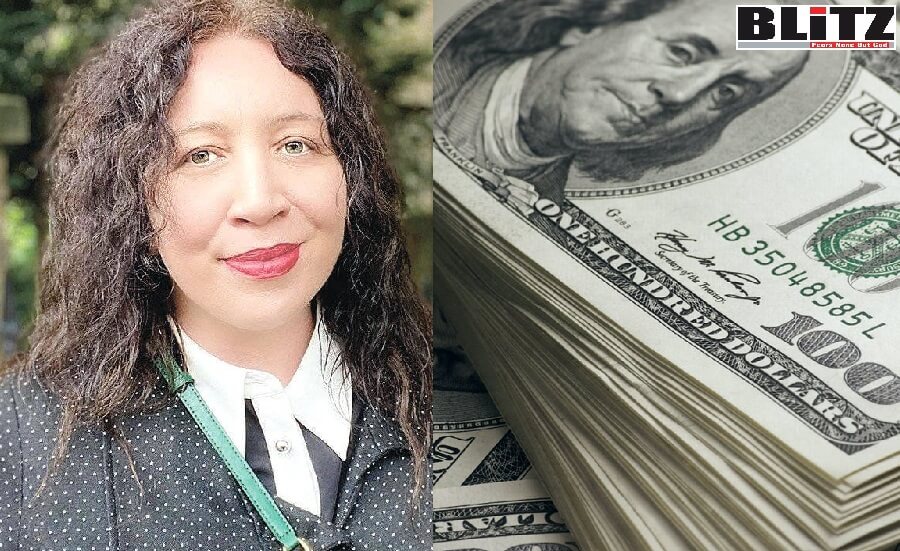 Radha Stirling, a self-styled human rights defender is not only a fake lawyer but she also has past record of connections with Al Qaeda affiliated individuals. We been investigating the case of Princess Latifa, who was rescued from the captivity of her abductors in 2018.

For the past several years, western media in particular were busy in spreading misinformation and lies centering Dubai ruler Sheikh Mohammed Rashid al-Maktoum’s daughter Sheikha Latifa bint Maktoum, also known as Princess Latifa. According to media sources, on February 24, 2018, Princess Latifa and an employee of the Dubai royal palace, Tiina Jauhiainen left Dubai in a car and crossed the border to Oman. They left Oman on an inflated rubber boat (also known as jet skis) and joined a yacht named Nostromo. Captain of this yacht was American-French citizen and a former member of the French intelligence, Hervé Jaubert. Other crews of this yacht were Filipino nationals. Prior to leaving Dubai, Princess Latifa was lured by royal palace employee and Finnish national Tiina Jauhiainen while Radha Stirling claimed, the Dubai princess was communicating with Hervé Jaubert discussing possible plan of leaving Dubai. It is unknown as to how such communications continued for years, when Hervé Jaubert was in the US and how the matter did not get into the attention of the American intelligence services. According to international laws, luring anyone illegally fleeing his/her country is illegal. But in this particular case, the matter was even worse, as it was reported in the media that Tiina Jauhiainen was having the dangerous agenda of abducting Princess Latifa immediately after she would reach the destination country. Jauhiainen was having the secret plan of extorting millions of dollars from Dubai ruler Sheikh Mohammed Rashid al-Maktoum by illegally captivating Princess Latifa.

In the public domain, Radha Stirling, who, according to David Haigh is a fake lawyer, with no degree in law. She also is accused of scamming various individuals with false promises. Radha Stirling claimed, Princess Latifa contacted her two days after leaving Dubai. From this statement of Stirling, it is proved, she has also been a part of the abduction and extortion conspiracies.

According to media reports, on March 3, 2018, Hervé Jaubert made contact with an Indian journalist in preparation for the end of their journey.

Meaning, the journey was not destined for the US or any other country. Because, Princess Latifa would not be allowed to board on any aircraft using an Indian airport, unless the matter was brought into the attention of UAE embassy in India. Princess Latifa is not an ordinary individual. She is the member of the royal family, and being a friendly country, India definitely would provide necessary protocol to her. In this case, the question is – where they really were plotting of taking Princess Latifa? To any isolated place inside any of the India’s mountainous or desert states? Was its Tamil Jammu & Kashmir or Rajasthan? This must be duly investigated by the law enforcement agencies.

Most outrageous claim by Radha Stirling is, she said, on the following day of Hervé Jaubert contacting “Indian journalist”, “Princess Latifa, Jaubert, and Jauhiainen, along with the crew of three Philippine nationals, were intercepted by Indian authorities while approaching Goa on the US-registered yacht Nostromo, call sign WDG9847”.

What is the name of that Indian journalist? Radha Stirling must be knowing that. Also, she must show the prove of the yacht being intercepted by the Indian naval forces.

After contacting our source in India, it is proved, what Stirling has been claiming is totally false.

While abductors and extortionists who tried to abduct Princess Latifa and then extort millions of dollars from the Dubai ruler may now know, under the international laws, such acts are serious criminal offense.

We firmly believe, the National Crime Agency will initiate investigation into the case of foiled abduction and extortion of Princess Latifa. Other countries, including the United States should also follow the path.

Meanwhile, we have started receiving plenty of evidences, including audio clips, video clips, emails (verified by the intelligence agency), mobile phone communication etcetera of those involved in the Princess Latifa abduction case. Our reporters are currently working on those evidences. We shall continue publishing series of reports on this matter.

“…And he used it for himself like he’s an opportunist. I was really worried that he would try to blackmail me because he had my passport copies, he had my information. So at any point he could go to my father’s office and blackmail me, basically, you know, so I felt like I had to agree with him with everything. And he really, really took advantage of the situation. And I really regret contacting him”.

We are not mentioning the name of the person Princess Latifa has clearly said in her video. But we shall reveal the name or names in the next reports, as currently we are flooded with too many information and evidences on the Princess Latifa abduction case.