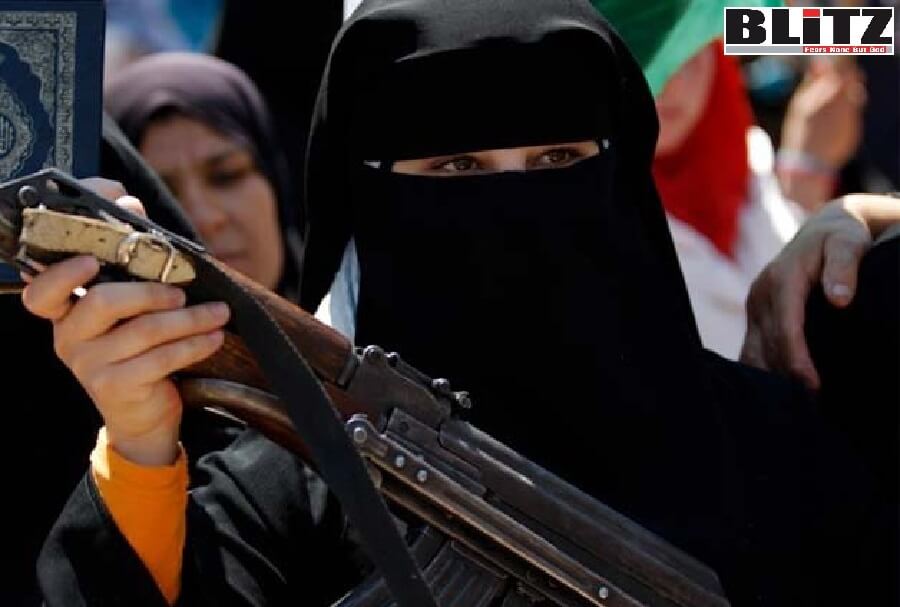 India needs to fight the dangerous nexus between two opposite ideologies – Islamists and leftists, against the idea of India, which must be fought tooth and nail at an ideological and material level. Writes Rajiv Tuli

A slogan stating ‘Bharat Tere Tukde Honge-Insha Allah Insha Allah’ (India, you will be divided into pieces as per the will of Allah) was one of the most used and provocative slogans which were popularized during the 2016 Jawaharlal Nehru University (JNU) sedition row. It was chanted as a war cry at one of the most’ acclaimed’ and supposedly top-institute higher education, JNU. This slogan was coined at JNU, and it was shouted during a protest at JNU against the hanging of Afzal Guru, who the Hon’ble Supreme Court convicted for aiding terrorists and waging war against the Indian Nation. This protest and sloganeering were led by leftist-leaning students of JNU, who were later ideologically supported by many left-liberal intellectuals.

Prima facie, this slogan seems just a provocative, anti-India slogan, but that is just a superfluous understanding of this. This is not merely a slogan but speaks of an unholy Nikah (marriage) between the ‘Extreme Islamic Rightist’ and the ‘leftist-liberal-intellectual’ of India. Firstly, we should understand in brief what the ideological roots of these two extreme ideologies are. As far as Leftist-Marxists-liberals are concerned, they base their hypothesis, which was pronounced by its proponent, Karl Marx.

Their basic assumption is that it is not the ‘idea’ that moves the world, but the “matter” is the moving force of human progress. It assumes material or economic factors as the basis of change and development, and other factors like religion, nationalism, and ideology are just the shadow of the prevailing economic relationships which they purportedly divide between the rich and the poor, the haves and the have-nots, the capitalist-bourgeoisie and the labour-proletariats. Those who control the economical means of production and economic forces also control ideological forces. Ideology like religion is nothing but an ‘invention’ by the exploiters (halves) to control the minds of the exploited (have nots). Religion is opium and a drug for the poor masses since it does not let the poor militate against the rich! Nationalism and nation-state is a ‘false consciousness’ among the masses projected by the rich to control the ‘minds’ of the poor and perpetuate the former’s control. Only by throwing away the yoke of religion and nationalism, the so-called state of classless and stateless society would emerge through violence and revolution.

Of late, the neo-Left liberals of India have also started believing in libertarianism, individualism and constitutionalism and claim to believe in equality, human rights, the rule of law, women-emancipation etc.

Surprisingly, they are against any form of primordial loyalty, be it a religious or caste-basis and also claim themselves to be the champions of freedom, free will and ‘human-choice’ in selecting its basic choices like dress, food, tastes, and other choices of human life.

Extreme Right Islamist is a philosophy and religious wave which want to impose the tenants of Islam-religion in India, i.e. Islamization of India. They are led by mostly the clergy class and the religious influencers of the Islamic religion in India. As per their belief system, Islam as an idea is a world-view that decides each and every step of human life from birth to death as given in the Holy Quran. The life of any Muslim is to be lived as dictated by the tenants of the Holy Quran. In his life, the individual Muslim is bound by religious laws known as Sharia-law, which is derived primarily from the holy Quran and which are above the laws of a nation like the constitution or the prevailing secular laws. It also prescribes the relationship between a Muslim and other non-Muslim and how and what kind of political and social relationship a Muslim can have per se as well as his inter se relationship with fellows of other religions. Strangely, the tenets of Islam also enjoins a believer to not only spread Islam but fight and convert any non-Muslim (Kafir) to Islam by use of force.

So, both ideologies of Indian-leftists and Indian Rightist Islamists are antithetical, mutually antagonistic and diametrically opposite extreme ideologies. For one individual is an economic being, while for others, he is exclusively a religious being. The leftist ideology dictates an individual as per a thesis of linear economic development from bad to good and ultimately utopian state of classlessness and statelessness. The leftists claim their interpretation as the most scientific, rational and logical interpretations emanating from ‘material interpretation of history’. The Islamist extremist also claims that their interpretation is culled from the ‘revelation of the ultimate truth’ as given in the Quran. The Islamist ideology enjoins a Muslim to live as per the dictates of the Quran and get Jannat. For the Indian leftist, an individual’s life is as per his choice, be it his food, dress or way of living.

But if these two ideologies are so extreme, how and why they have married? Is it a ‘marriage’ or ‘friendship of convenience?’ One thing is clear that it is not a marriage of love but a marriage of convenience. Both have a common agenda. In the case of the leftist, it is the ending of the nation-state as per their underlying philosophy, and for the Islamist-extremist, it is replacing the democratic republic of India into an Islamic state. Both have a common enemy. In the case of leftists, it is the enlightened citizen of India or what they dub as the ‘Rightist’. For Islamist-extremist, it is the other religious groups of India led by the majority, Hindus. Their modus Operandi is the same. For the leftist, to propose nothing and oppose everything and picture every act, however secular it might be from the angle of regression, oppression, exploitation and Hindu-majority and vulnerability of minorities.

For Islamist-extremist, it is colouring everything from a communal perspective. Also, they converge on many common strategies. Both can use any means -extra-constitutional, illegal, legal-litigations, and use of loopholes in legal-system, spreading lies, misinformation and disinformation, distorting of information, tool-kits through social media to wreck the very nation itself. Both do not desist from justifying violent and terrorist means. There is also a dialectic tussle between the acclaimed agents of change (the leftist) and the votaries of the status quo (Islamist extremists). While the leftists want to change, they recluse themselves in questioning any positive change in the Islamist-extremist ideology.

In the struggle of nations, these Leftist-Islamic extremists priorities class/religion over the nation. The communist opposed the Independence Day of India while Islamist-extremists called for the direct action day. In the case of Islamist extremists, they champion Gajwa-Hind over Jai-Hind. That is why there was a split in CPI and CPM when the aggressive Chinese forces attacked India, as CPM chose their Proletariat brothers over Indian nationalism and hailed the aggressive forces as emancipating forces.

Both claim to oppose the government in power, but they oppose the very country and nation in the garb of opposing the government. They do not desist from spreading and promoting the idea of secession, anti-nationalism and anarchy. They will find fault in anything and everything, which is the idea of ‘India’. They disrespect the sovereignty of India, and its national symbols, be it the very unity of India, its national flag, its armed forces or any other. Since their prime aim is to destroy the very nation-state itself, they build up their ‘narratives’ of anti-India, be its historical past or the present or the nation’s progress in the future. Even the history of India is interpreted from this so-called perspective where the glorious and historical achievements are ridiculed and distorted.

Indian Leftist and Islamist Extremist in the India context:

It is a dangerous nexus between two opposite ideologies against the idea of India, which must be fought tooth and nail at an ideological and material level.