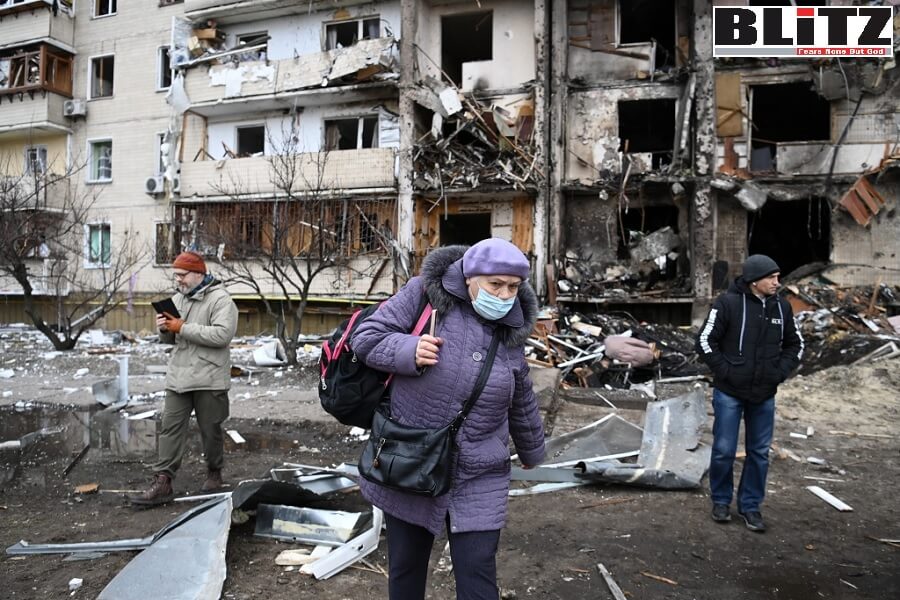 As the Russian invasion of Ukraine entered a new week, more than half a million Ukrainians have fled amid intense fighting. Writes Katherine Jacobsen

As the Russian invasion of Ukraine entered a new week, more than half a million Ukrainians have fled amid intense fighting, according to the United Nations, as Ukrainian forces continue to fight off Russians in some areas.

Below, CPJ rounded up some of the most poignant commentary from local journalists about the invasion.

“Evening in Kyiv. Many have left the city. The lights on many of the streets are out. We’re preparing for another night of defense.”

Olga Rudenko, editor of Kyiv Independent, English-language Ukrainian news site funded by supporters and a grant from the European Endowment for Democracy:

“The mood here is rather grim. Even when you make eye contact with strangers in the street, you have this feeling of anxiety and grimness because the general feeling is nobody knows where is safe to be right now.”

“Life in Kyiv. After getting home after a night in the metro [station], you hear the sound of sirens, which means it’s time to head back to the bomb shelter.”

“Sitting in the metro with my 17-year old relative, Nastia, who is from Kherson [a city in southern Ukraine on the Black Sea]. ‘Out there where a fire burns for the right to live freely,’ she sings while we still have a signal. Kyiv is facing a terrifying night, but believes in its future.”

A Russian independent journalist called me for a quote after Russia launched airstrikes all over Ukraine. She started begging for forgiveness for what her country is doing and may do to mine. We talked, and cried. My articles on how it started in the Guardian.

“3:50 in the morning. My one-year-old son is asleep next to me. We’re in Kyiv. And in addition to my son, there are tens of thousands of children. Just like in Kharkiv, Dnipro, and Mariupol. It’s all so unjust.

Katherine Jacobsen is CPJ’s U.S. and Canada program coordinator. Before joining CPJ as a news editor in 2017, Jacobsen worked for The Associated Press in Moscow and as a freelancer in Ukraine, where her writing appeared in outlets including Businessweek, U.S. News and World Report, Foreign Policy, and Al-Jazeera.