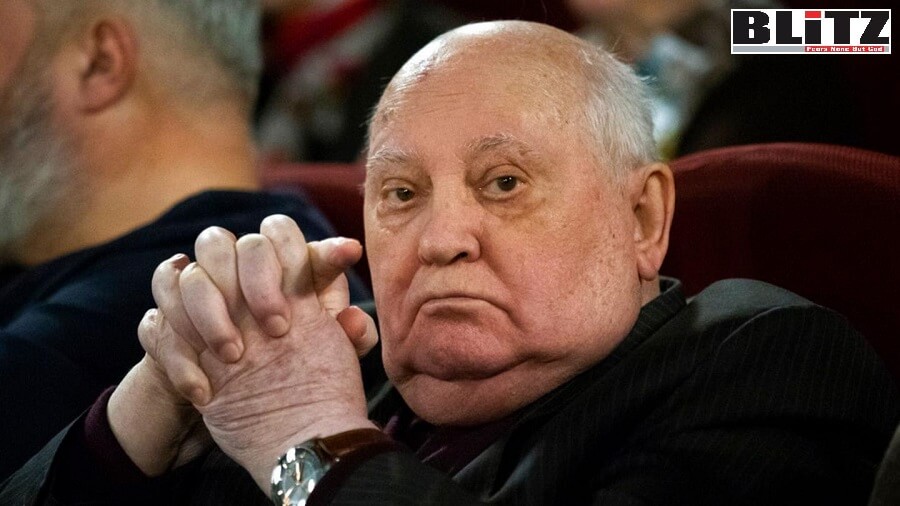 It all started when Mikhail Gorbachev became the leader of the Soviet Union. He made radical changes manifested by the slogans of perestroika and glasnost. Perestroika aimed at changing the rigid and inefficient economic system. Glasnost, meaning “openness”, was a kind of confession: nostra culpa, nostra maxima culpa. Somewhat reluctantly the party admitted the existence of a secret clause to the Molotov-Ribbentrop agreement, and even the Katyn massacre. Writes Laszlo Solymar

For those who are liberal minded it has not been a good thirty years. Had Rip van Winkle woken up now after three decades of sleep, would he have recognized the world? Hardly. Who could have imagined Trump thirty years ago? Or the rise of China? The fall and rise of Russia? Brexit? The emergence of authoritarian governments in Eastern Europe? But could have been worse. We tend to forget that thirty years ago today, a coup took place in Moscow. If it had succeeded, there was a very good chance that all of Gorbachev’s reforms would be reversed, Stalin’s cult reinstated and the Cold War temperature raised to the times of the Berlin blockade.

It all started when Mikhail Gorbachev became the leader of the Soviet Union. He made radical changes manifested by the slogans of perestroika and glasnost. Perestroika aimed at changing the rigid and inefficient economic system. Glasnost, meaning “openness”, was a kind of confession: nostra culpa, nostra maxima culpa. Somewhat reluctantly the party admitted the existence of a secret clause to the Molotov-Ribbentrop agreement, and even the Katyn massacre. The changes, supposed to raise efficiency, in fact caused chaos. There was a lot of discontent in the country that came out in the open on the 19 August, 1991.

An Emergency Committee was set up that declared Gorbachev to be ill, incapacitated and unable to function. In accordance with the Soviet Constitution, the position was filled by  Gennady  Yanaev, the Vice-President. The Committee issued a declaration describing how bad the situation was in the country and how they were the only ones to solve it. They said specifically that they needed to take “the most decisive measures to prevent society from sliding to a national catastrophe and ensure law and order…” They went on to say that extremist forces had come together to plot “the elimination of the Soviet Union, the collapse of the state and the seizure of power at any cost”.

Clearly, it was a coup. It followed the usual progression of coups, claiming that all the leaders wanted was to prevent obscure and ill-defined groups from seizing power. The Committee included:

Gennady Yanaev, Vice-President of the USSR

Vladimir Kryuchkov, Chairman of the KGB

So both the head of the KGB and the Minister of Defence were members of the Committee. For a coup to be successful the usual condition is to have the support of those in command of the military and security forces. They had that. In fact, they had more than that. They had also the Prime Minister and the Minister of the Interior on their side. One could say, it was overkill.

With Gorbachev a prisoner, the resistance against the Committee was led by Boris Yeltsin, who had been elected to the newly created post of Russian President. To begin with the Committee took no chances. Just to be on the safe side they moved 4,000 soldiers, 362 tanks and several hundred armored vehicles to the centre of Moscow. In addition they could rely on the elite troops of the KGB.

First, the Committee isolated Gorbachev, who was at the time on vacation in the Crimea. They cut off his communications. And then they sent a subcommittee to persuade Gorbachev to resign. He flatly refused the request. The conspirators did not know what to do. They should have known that the word persuasion should never enter the vocabulary of a conspirator. It was a major mistake. The second mistake was not to arrest Boris Yeltsin, who was in Leningrad at the time. They let him return to his power base in Moscow, to the so-called White House that was the seat of the Russian government. (Russia was officially one of the constituent countries of the Soviet Union, though the dominant one, of course.) Gorbachev was a prisoner, but Yeltsin was free to act. He climbed upon one of the tanks and read out an appeal to the Citizens of Russia:

“ On the night of August 18-19, 1991, the legally elected president of the country was removed from power. Whatever the reasons for this dismissal, we are dealing with a right-wing, reactionary, anti-constitutional coup ”.

The Committee realized they had to act. They approved the operation to seize the White House with the aid of three tank companies and the Alpha special forces under the command of General Achalov. However, an assault became more and more difficult as an estimated hundred thousand citizens surrounded the White House, constituting a human barricade. There were casualties. Three of the defenders died in the kind of accident that was bound to occur in such tense situations. The Committee realized the heavy price in human life they would have to pay for dislodging Yeltsin and his followers. They withdrew the order and decided to withdraw their troops from Moscow. They were defeated. The coup was over.

So why did the coup fail? The conspirators were not up to the job. Bloodless coups are far and few between. Blood must usually be spilt, not only to get the upper hand but to strike fear in the hearts of the citizens. How many dead? A minimum of a few hundred, I would say. And it has to be done on the first day. To repeat it on the second day is optional.

Finally, a piece of private information. A friend and colleague of mine who lived at the time in Moscow had her wedding scheduled for 22 August. Three days before the great occasion, she woke up to the rumble of tanks. It did not seem to be a propitious time to hold a reception for the four dozen friends and relations they invited. She had to do the four dozen telephone calls, telling everyone that Moscow was in the army’s grip and the reception had had to be postponed. It was also an opportunity for a quick opinion poll. Friends in Moscow were all going to the White House to join the human shield. But those in the provinces — most of the country — welcomed the coup. They loathed perestroika and glasnost. They wanted the old Soviet Union back. What if they had had their wish?