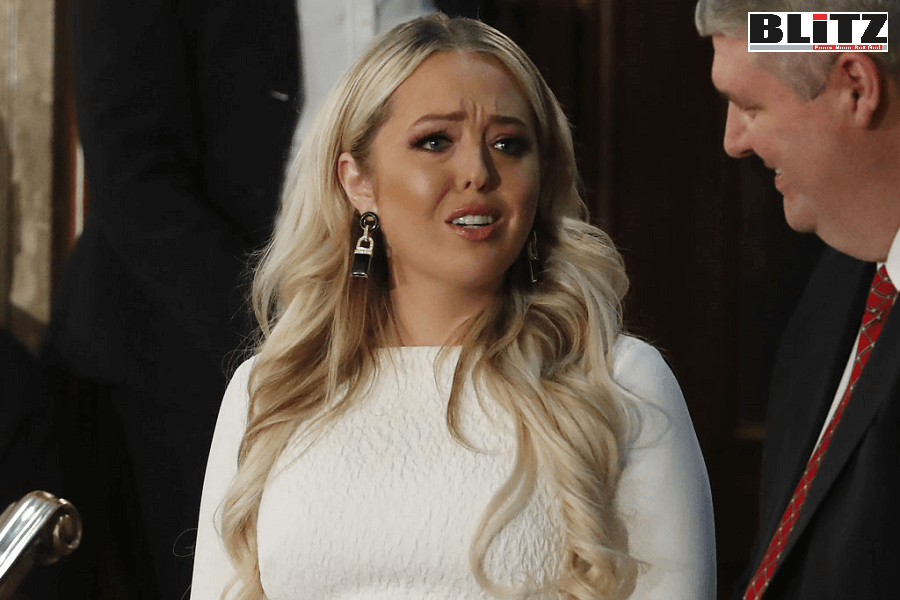 President Donald Trump’s daughter Tiffany Ariana Trump has announced her engagement with Lebanese billionaire’s son Michael Boulos. According to media reports, Boulos was born in Lebanon and raised in Nigeria. His family own a multi-billion-dollar business conglomerate in Nigeria. He is four-years younger to Tiffany Trump. Earlier, Tiffany dated with her college boyfriend Ross Mechanic. The 26-year-old California girl, Tiffany previously attended the University of Pennsylvania and then went on to prestigious Georgetown Law School. It was her commitment to her studies that reportedly ended her two-year relationship with boyfriend Ross Mechanic.

Distance could have played a part in the couple’s demise, as Mechanic’s family was based in New York City. But not much is known about their relationship or their breakup, given that Tiffany Ariana Trump tends to lead a private life in comparison to her siblings. One of the only public events where the only daughter of Maples and the president was photographed with her ex was at 2017’s New York Fashion Week, where they sat in the front row with Maples.

Bustle reports the commander in chief’s daughter met Mechanic while they were both attending undergraduate school at the University of Pennsylvania. He studied computer science — but want to hear something that will shock you? According to New York Daily News, Mechanic, a reportedly very good pool player — is a registered Democrat! Trump is actually a year older than the son of New York businessman Jon Mechanic, who is the chairman of Fried Frank’s real estate department, according to NY Daily News. The elder Mechanic is also reportedly a Democrat and contributed money to Hillary Clinton’s campaign.

Although Tiffany Trump and Mechanic were not often photographed in public — with the exception of the 2016 Republic National Convention, the second presidential debate, and the Liberty inaugural ball — the couple was free with sharing photos of themselves partying and vacationing on Instagram (via Heavy). Another notable thing to know about Mechanic is that he seemingly leveraged his relationship with Trump to land an internship with Cadre, a real estate investment firm founded by none other than Jared Kushner, who is married to Tiffany Trump’s half-sister Ivanka Trump Kushner.

Tiffany Trump is probably the most reclusive out of President Donald Trump’s five children, who include Donald Jr., Ivanka, Eric, and Barron. The only child from Trump’s second wife, Marla Maples, Tiffany has flown under the radar for most of her life. While she isn’t as visible as her older siblings and hasn’t gotten too involved in the political sphere, that doesn’t mean that she doesn’t lead an exciting life.

Tiffany grew up in California, on the opposite coast from most of her family. Her isolation from the Trump family is part of why you haven’t heard much from her, although the younger Trump daughter has been making waves for quite a few years. She may have been overshadowed by her older siblings until now, but all of that is starting to change as Tiffany comes into her own. From her early years on the West Coast to her status as the president’s daughter, Tiffany Trump’s transformation into young adulthood has been fascinating to witness.

The media largely sided with Donald Trump’s first wife, Melania Trump, after the press revealed he was having an affair with TV personality Marla Maples. Later, their marriage and Tiffany Trump’s birth became tabloid fodder. The scandal had a big impact on Tiffany’s life, though she was too young to know what was going on at the time. If it hadn’t been for the scandal, her parents might never have married — something the president himself admitted in a 1994 interview with ABC Primetime Live. “My life was so great in so many ways,” he said. “The business was so great… a beautiful girlfriend, a beautiful wife, a beautiful everything. Life was just a bowl of cherries”.

Donald Trump and Marla Maples’ marriage didn’t start under the most ideal of circumstances, so it wasn’t too surprising when the two separated after four years of marriage and divorced in 1999. Maples raised Tiffany Trump as a single mother. Tiffany said that she and her mom were always close, telling People, “We were always together, driving me to school, carpooling, singing songs, dancing around, me making fun of her dance moves.”

Maples said that she did most of the parenting. “Her daddy is a good provider with education and such, but as far as time, it was just me,” she told People. “Her father wasn’t able to be there with day-to-day skills as a parent. He loves his kids. There’s no doubt. But everything was a bit of a negotiation.” Maples chose to remain single so that she could focus on raising her daughter, and she also made sure to cultivate a relationship between Tiffany and her father. “I just said it’s important for her to form her own relationship with him, without my input,” she said. “I wanted to create some consistency where she could see him.”

After the split, Marla Maples moved herself and her young daughter across the country. “She moved us out of New York to get out of the spotlight and let me grow up and find my own identity versus being in the shadow of a name or growing up very young with all that pressure,” Tiffany Trump told People. “So, she wanted me to have a chance to have a normal childhood. As normal as possible. I think that she did well in that.”

Of course, Tiffany was still a Trump, so her life was far from ordinary. While she wasn’t as in the spotlight like she would have been had she grown up near her dad and siblings in New York, she still traveled in affluent circles in California where she rubbed shoulders with the rich and famous. Her mom was pals with Kris Jenner, and Tiffany Trump went to a private school.

She may have spent her early years out of the limelight, but Tiffany Trump is a household name these days, and not just because of her dad. She’s transformed herself into something of a social media maven and, as of this writing, has 1.2 million followers on Instagram. Prior to her dad’s political career, Tiffany Trump famously palled it up with other rich kids on the social media platform, posing alongside the likes of Kyra Kennedy (daughter of Robert F. Kennedy, Jr.), fashion designer Andrew Warren, and Gaia Matisse (great-great granddaughter of renowned French artist Henri Matisse).

Pictures of them often made it onto the now-defunct Rich Kids of Instagram account, and the young Trump’s feed was filled with selfies.

Once her dad announced his presidential bid, however, Tiffany suddenly disappeared from her friends’ photos, and her feed morphed from a series of selfies to shots of her with her family. Since then, however, she has once again reunited with the “Snap Pack” and her social media fame is greater than ever.