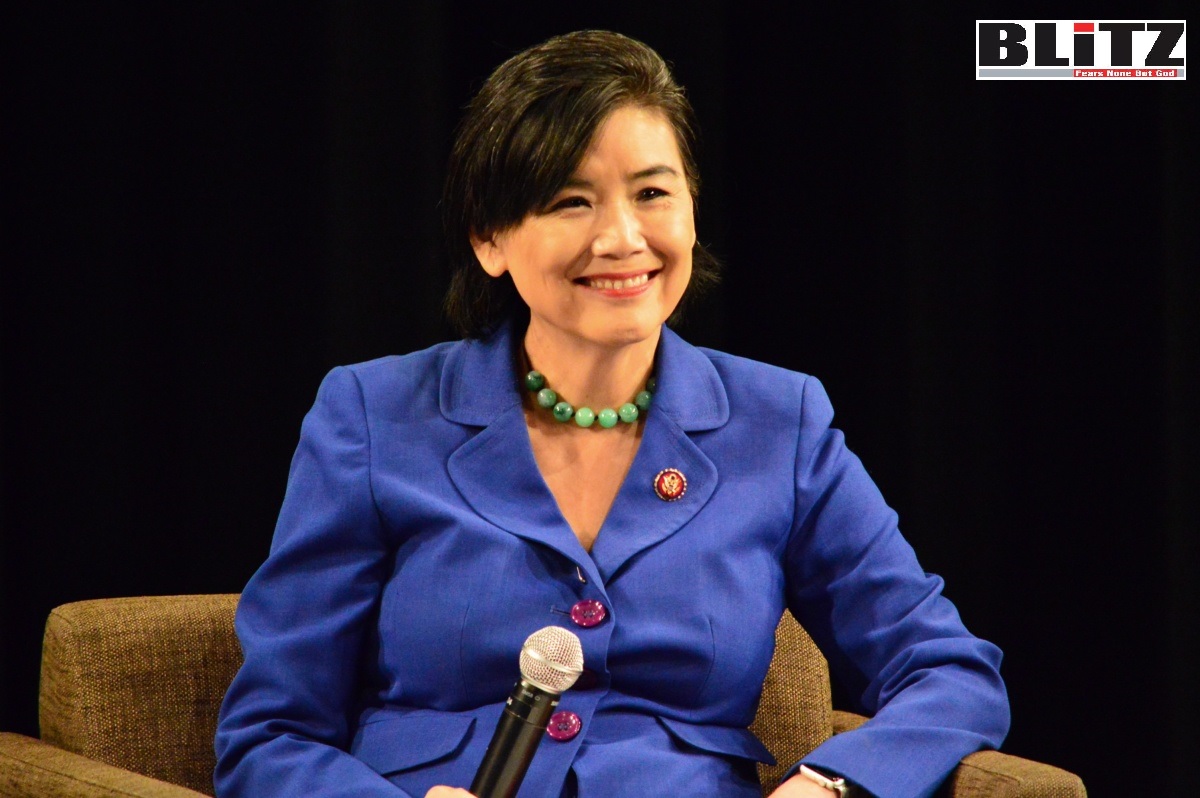 California Democrat Representative Judy Chu was arrested by US Capitol Police during a pro-choice protest for crowding, obstruction, or incommoding.

The department said that protesters blocked the intersection of First Street and Constitution Avenue beside both the Capitol and Supreme Court buildings. Capitol police arrested 181 people after giving multiple warnings to demonstrators.

The court voted in favor of overturning Roe v Wade, the landmark case that legalized abortion.

In early May, a draft majority opinion written by Justice Samuel Alito was leaked to Politico and it set off a firestorm.

“Roe was egregiously wrong from the start,” Alito wrote in the leaked draft.

“We hold that Roe and Casey must be overruled,” he wrote in the document. “It is time to heed the Constitution and return the issue of abortion to the people’s elected representatives. We, therefore, hold the Constitution does not confer a right to abortion. Roe and Casey must be overruled, and the authority to regulate abortion must be returned to the people and their elected representatives”.

Shortly after the May 2nd leak, Chief Justice Roberts ordered the marshal of the court to probe the incident and find out who was responsible for it. At the time, Roberts said the intent of the leak was to “undermine the integrity of our operations.”

“It will not succeed”, he pledged.

“This leak was intended to intimidate the justices and threaten the whole institution of the Court. Now the Court is facing an all-out assault from the left with an assassination attempt on a sitting justice and elected Democrats declaring an entire branch of government ‘illegitimate,’” Missouri GOP Sen. Josh Hawley said.

“Thankfully, the leak did not change the outcome of this monumental case, but we need to get to the bottom of what happened and ensure it never does again,” he added.

“I would hope that the Chief Justice is treating the investigation with great urgency given that the current clerks are nearly done with the term and he will soon lose whatever leverage he currently has,” Judicial Crisis Network President Carrie Severino said.

There has been no update or disclosure from the Supreme Court on the identity of the individual who leaked the draft opinion nearly two months ago.

Chief Justice John Roberts released a statement stating that the court has “acted upon all cases submitted to the Court for decision this Term,” and will be in recess until the first Monday in October.

“On behalf of all the Justices, I would like to thank the Supreme Court employees for their outstanding work and dedication to their important responsibilities this Term,” Roberts said. “I thank the members of the Court’s bar as well for their professionalism and cooperation.”

Texas GOP Sen. Ted Cruz also offered his opinion of who he believes the “leaker” could be.

To those points, the leak prompted attacks on Catholic churches, according to a Catholic Vote tracker, as well as dozens of pro-life pregnancy centers around the U.S.

Also, one man traveled across the country from California to Supreme Court Justice Brett Kavanaugh’s home with the original intention of assassinating him. Thankfully, he called the police and turned himself in before attempting to do anything.

The man admitted to authorities that he sought to kill Kavanaugh.

Since the Dobbs v Jackson draft was leaked, pro-abortion activists have: Vandalized 16 churches