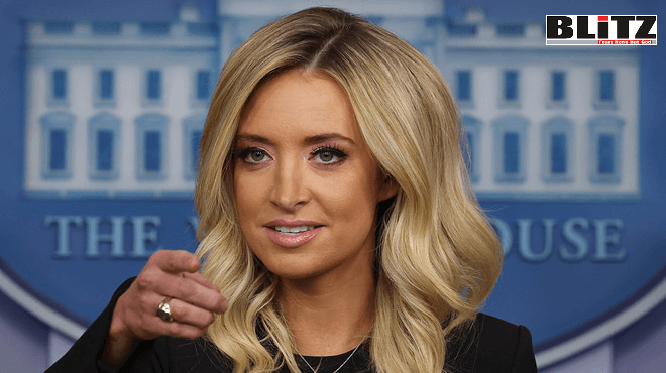 Olohan reminded McEnany of when the press secretary said that Trump “has taken all statutory requirements necessary to either ensure a smooth transition or a continuation of power.”

“What does this mean,” Olohan asked, “and at this point, how would that work?”

“That’s a question for the campaign,” McEnany responded, noting that she could not “get into” election litigation. “I would just say he has litigation across the country in several places, and he’ll continue that litigation. He wants election integrity, and a fair election, and I’ll leave it to the campaign to pursue that litigation, but that’s what I was referencing.”

“We’ll see,” the press secretary said with a smile when Olohan asked what her next move will be.

“I’m just here working at the White House and we will see what happens with the president’s litigation,” she added.

The White House press secretary emphasized that she wants to continue “being a voice for the movement,” noting that it has been an honor for her to serve in the Trump administration.

“I got to travel the country a lot back in my former role in media and at the campaign, and I got to up front meet the forgotten men and women of the Trump movement,” she said, adding that she “had some very incredible moments like a woman coming up to me and putting her hand on my pregnant stomach and saying, ‘Can I just pray for you, and your baby?’”

“These are remarkable people, they are the backbone of America, our police officers, our firefighters, our teachers, they are incredible people that support this president,” she concluded. “Just being a voice for them in some capacity will always be my goal.”

Since Election Day, the president’s Republican allies, his campaign, and the president himself have mounted at least 40 legal challenges alleging that states and counties violated election laws during the election, Business Insider reported. They have not won any of these lawsuits except one which was later overturned by the Supreme Court, the publication noted, and only four of these cases are still pending.