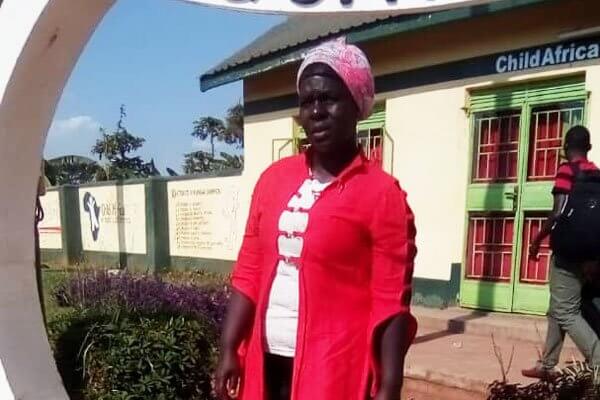 The family of Mariam Nakibuuka, 41, have been left in anguish after she died from suspected torture at the hands of the people who took her out of Uganda to Oman, Middle East. This adds to the increasing cases of Ugandans being tortured and dying in the Middle East over the years.

The relatives say they were informed on Wednesday that Nakibuuka had died on Monday.

Mr Habib Miggade, Uganda’s ambassador to Oman, confirmed the incident saying arrangements are underway to return her body home for burial.
“We have written to the government of Oman to see that the process of returning the body to Uganda is expedited. I am in touch with some family members and giving them information on everything happening,” Mr Miggade said.

On whether Nakibuuka was tortured to death, Mr Miggade told Sunday Monitor: “I have heard about that information but we need to verify it first. All I was told is that she (Nakibuuka) developed a mental illness which could have caused her death.”

One of Nakibuuka’s relatives, who spoke to Sunday Monitor on condition of anonymity, dismissed the narrative that Nakibuuka was mentally ill. Sunday Monitor also spoke to several relatives and friends of the deceased who did not want to be named in this story.

In August, Nakibuuka left the country with an unidentified company after she was connected by a man, whose name and residence her relatives say they do not know.

When Sunday Monitor called a man, whose SIM card details Nakibuuka’s relatives provided as the linkman, he could neither reveal his name nor say where his offices are located in Uganda.

But Nakibuuka’s family members say she was received by one Ms Vanesa Angel Nabatanzi in Oman, although they still cannot tell which company Ms Nabatanzi works for.

The relatives said Nakibuuka had attempted to go to work abroad on a number of occasions but they had always stopped her.
“She only told us about the travel the night before. They signed papers in the night with that man who refused to reveal his identity and before we knew, she had left the country,” one relative said.

Trouble sets in
The relatives believe Nakibuuka died from torture, basing on video and audio messages they had received via WhatsApp from Ms Nabatanzi, asking them for ransom to bring back Nakibuuka before she died.

In one of the audio messages to the relatives sent on November 22, which Sunday Monitor have reviewed, a woman’s voice who the relatives say is that of Ms Nabatanzi, is heard saying the money would be used to get a visa for the patient. The caller, speaking in Luganda, could not reveal the name of Nakibuuka’s bosses or office.
“Since we are nearing the festive season, tickets are expensive. You need to send us about Shs1.5million just to be on the safe side. Send the money, do not waste my time, don’t you trust me? I will leave,” the voice said.
“Just send the money and as soon as I see it, I will tell my boss who can give the woman some medicine and make her board the next plane to Uganda. Where is the problem coming from, are you not trusting me? Just send the money or else I will leave her to die,” the woman warned.

Another video clip sent to the relatives from the same person showed Nakibuuka’s face deformed and body bruised. She could neither move nor support herself on the floor where she was seated.

Two voices in the background kept ordering the patient to say something to her relatives but she could only shake her head.
The voices also revealed that since Nakibuuka had worked for only two months, short of the minimum six months working period contracted, she was meant to compensate the company R700 (about Shs675,000).

One of her relatives said: “We could tell from the videos Vanesa [Nabatanzi] was sending that Mariam’s face was swollen and that she could have been tortured. Mariam has never had any history of mental illness.”

Mr Henry Oryem Okello, the State minister for Foreign Affairs, said the fake companies which take people abroad need to be closed down as soon as possible and the Labour ministry should take charge of labour export.

“I don’t have much information about this lady who died in Oman, but it is unfortunate. The ministry of Labour needs to act upon this. We are losing many people and this has got to come to an end,” Mr Oryem said.

PREVIOUS CASES
Cases of Ugandans being tortured and eventually dying in the Middle East have been rising over the years.

In April this year, a report by Parliament’s Committee on Defence and Internal Affairs revealed that at least 16 Ugandan girls had committed suicide in the United Arab Emirates.

In 2017, a UAE mission report indicated that 50 Ugandans lost lives in Oman, Bahari and UEA.
The deaths were attributed to torture and mishandling by the bosses and the labour receiving companies.

The same report also indicated that at least 35 out of the 48 registered deaths of Ugandans abroad was due to suicide.