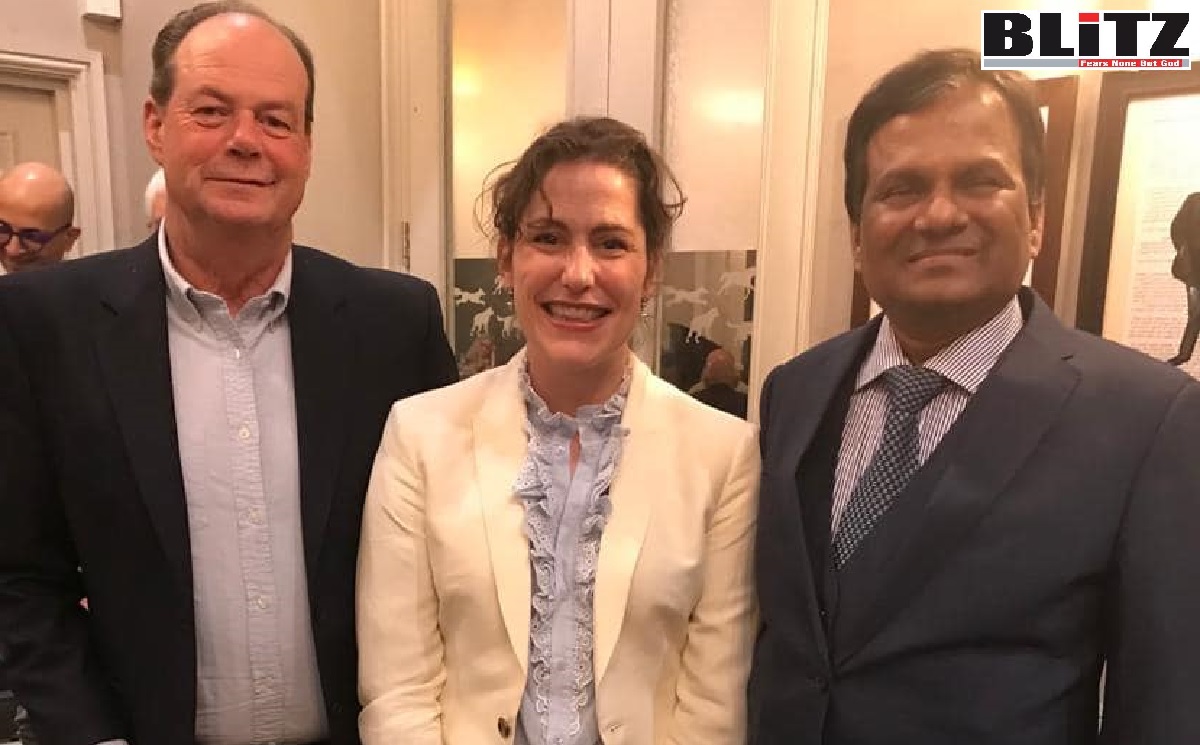 A member of the UK’s Tory Party Stephen Hammond MP is accused of working for an INTERPOL wanted terror-patron in exchange for getting “donation” for himself and his party. According to media reports, Shahid Uddin Khan, a convicted fugitive and INTERPOL wanted terror-patron, through a video posted on his Facebook ID has recently claimed of paying Tory Party in exchange for favors received from Stephen Hammond MP. In another post, Shahid Uddin Khan claimed he held “meeting” with Stephen Hammond MP, Victoria Mary Atkins MP (Victoria Atkins) and other members of the Tory Party and discussed about toppling-down Bangladesh government through “mass-revolt”.

In a recently posted video statement, Shahid Uddin Khan admitted that he had smuggled-in millions of dollars into the United Kingdom, while he claimed that the UK authorities do not ask anyone as to how the money was brough into the country. It may be mentioned here that, while several international organizations including the Transparency International had branded London as the “capital of dirty money”, convicted and fugitive terror-funder Shahid Uddin Khan’s latest statement clearly proves, British authorities are welcoming laundered monies into that country.

The UK is a hub for dirty money from around the world. The scale of dirty money entering the UK is unknown, but experts estimate it is likely to be in excess of tens of billions of pounds annually. At the center of the UK’s problem are professionals who help corrupt people launder their money and reputations. This reaches beyond just banks, lawyers and accountants. It touches institutions like schools, universities, charities and even our Parliament. These organizations may unwittingly provide a veneer of legitimacy to those people.

The UK has become a safe haven for corrupt individuals and their assets. Sectors such as property provide fertile ground to bury suspicious wealth. Our investigations have identified billions of pounds of suspicious assets in the UK, yet a limited amount is seized and returned by the authorities.

According to a report published in The Independent, through open-source research, Transparency International found that at least £6.7bn of British property had been bought with “suspicious funds”.

The Economist in a report said: “Dodgy money has been lured to London by some of the same things as the clean variety, including a long-standing openness to foreign investment and strong property rights. Another attraction, however, is the financial secrecy offered by both Britain and its network of offshore satellites, from Jersey to the Cayman Islands. That has helped make Britain murkier than classic havens such as Panama and Liechtenstein, according to a respected global financial-secrecy index”.

The Guardian in its report said:

The UK has become “the jurisdiction of choice for dirty money”, harming its national reputation and democratic institutions, a cross-party group of MPs have said as they urged a new government focus on money laundering and corruption.

… Margaret Hodge, the Labour MP who is co-leading the initiative and who chairs the all-party group on anti-corruption, said: “This is a huge problem. Our financial services and our defences against dirty money have been overrun.

“London is now the laundromat for washing dirty cash, and we can’t go on like this. Britain will not prosper economically on the back of dirty money. Our national security is under threat, our economy is suffering and our democratic values are being undermined.”

An economic crime bill rushed through parliament in March set up a register of the ultimate owners of overseas-held UK property, while a bill unveiled in this week’s Queen’s speech will tighten up company records, among other measures.

However, Hodge, who launched the manifesto in parliament on Thursday alongside the Conservative MP Kevin Hollinrake, a co-chair of the all-party group on fair business banking, said more was needed and that there had been a particular lack of action over money laundering. “That has meant that we have become the jurisdiction of choice for dirty money, a safe haven for dirty money,” she said.

It may be mentioned here that, while several international organizations including the Transparency International had termed London as the “capital of dirty cash”, convicted and fugitive terror-funder Shahid Uddin Khan’s latest video statement clearly proves, British authorities are welcoming laundered monies into that country.