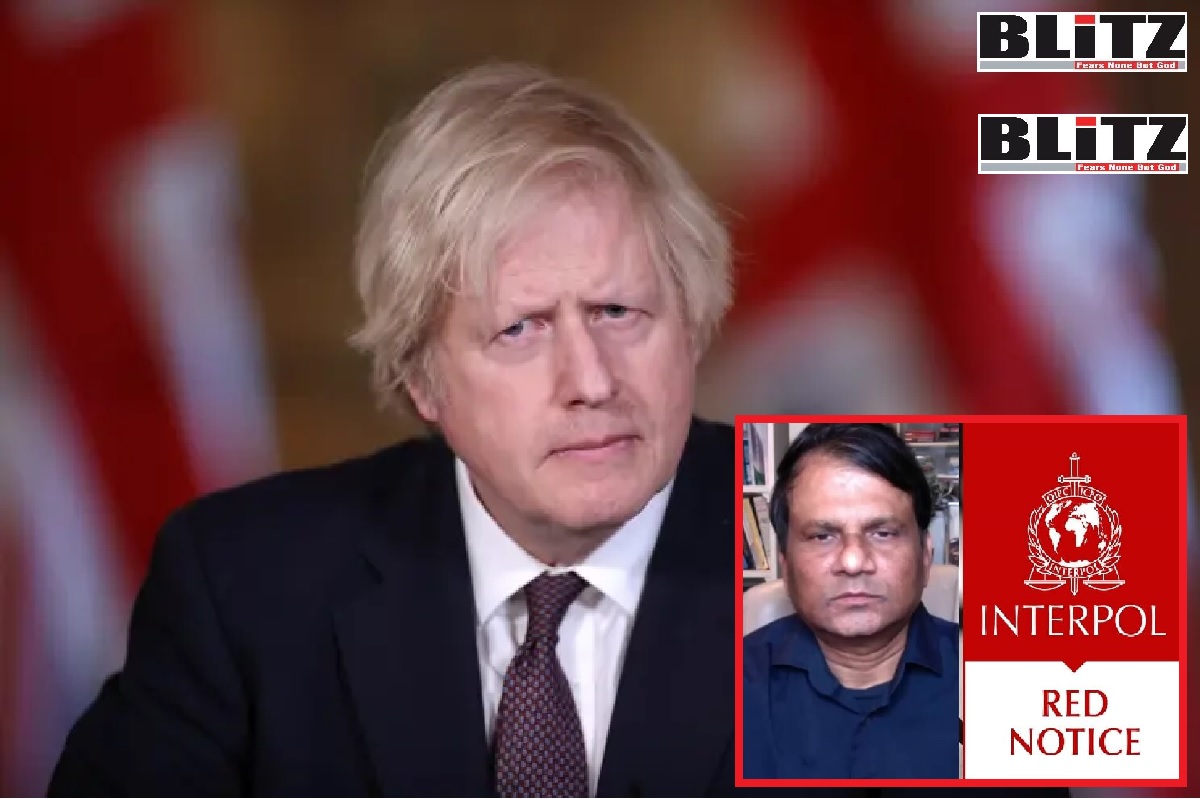 While influential right-wing Tory Party think tanks in the United Kingdom with access to minister have received millions in ‘dark money; donations from the US, several influential MPs of the party, including Stephen Hammond are maintaining connections with a terror-funder in exchange for bribe under the cover of ‘donation’.

According to OpenDemocracy, the TaxPayers’ Alliance, the Institute of Economic Affairs (IEA), Policy Exchange, the Adam Smith Institute and the Legatum Institute have raised US$9m from American donors since 2012. Of this, at least US$6m has been channeled to the UK, according to tax returns filed with US authorities – representing 11 percent of the think tanks’ total UK receipts, with the figure reaching 23 percent for the Adam Smith Institute.

In that time, all five have steadily increased their connections in the heart of government. Between them, they have secured more than 100 meetings with ministers and more than a dozen of their former staff have joined Boris Johnson’s government as special advisers.

Representatives from right-wing think tanks – many of whom are headquartered at 55 Tufton Street in central London – frequently appear in British media and have been credited with pushing the Tories further to the right on Brexit and the economy.

As OpenDemocracy revealed, ExxonMobil gave Policy Exchange US$30,000 in 2017. The think tank went on to recommend the creation of a new anti-protest law targeting the likes of Extinction Rebellion, which became the Police, Crime, Sentencing and Courts Act 2022.

None of these think tanks disclose their UK donors. With the exception of the Adam Smith Institute, none provide any information about the identity of donors to their US fundraising arms.

But an investigation by OpenDemocracy has identified dozens of the groups’ US funders by analyzing more than 100 publicly available tax filings.

The Scottish National Party MP Alyn Smith said that the findings showed that the UK’s lobbying laws were not tough enough.

“He who pays the piper calls the tune”, he told OpenDemocracy. “We urgently need to rewrite the laws governing this sort of sock puppet funding so that we can see who speaks for who”.

Among the US-organizations who have donated to UK think tanks are oil companies and several of the top funders of climate change denial in the US.

The think tanks’ US arms received US$5.4m from 18 donors who have also separately donated a combined US$584m towards a vast network of organizations promoting climate denial in the US between 2003 to 2018, according to research from climate scientists.

The John Templeton Foundation, founded by the late billionaire American-British investor, has donated almost US$2m to the US arms of the Adam Smith Institute and the IEA. Researchers claim that the John Templeton Foundation has a “history of funding what could be seen as anti-science activities and groups (particularly concerning climate-change and stem-cell research)”.

The National Philanthropic Trust, a multi-billion-dollar fund that does not disclose its own donors, has given almost US$2m to the IEA, Policy Exchange, TaxPayers’ Alliance and the Legatum Institute’s US fundraisers. The trust has donated US$22m to climate denial organizations, one of which described it as a “vehicle” for funneling anonymous donations from the fossil fuel industry.

The Sarah Scaife Foundation, founded by the billionaire heir to an oil and banking fortune, has given US$350,000 to the Adam Smith Institute and the Legatum Institute. The foundation is one of the biggest funders of climate denial in the US, contributing more than US$120m to 50 organizations promoting climate denial since 2012. Last month, OpenDemocracy revealed that the foundation, which has $30m in shares in fossil fuel companies, gave US$210,525 to a UK climate sceptic group.

Policy Exchange, the influential conservative think tank, published a report in 2019 – two years after taking money from ExxonMobil – claiming that Extinction Rebellion were “extremists” and calling for the government to introduce new laws to crack down on the climate protest group.

New anti-protest laws passed under the Police, Crime, Sentencing and Courts Act last month appear to have been directly inspired by the report. The Home Office did not deny that it considered the recommendations when approached for comment.

The American Friends of the IEA also received a US$50,000 donation from ExxonMobil in 2004, while the main UK branch of the IEA has received donations from BP every year since 1967.

The Legatum Institute has received US$154,000 from the Charles Koch Foundation in 2018 and 2019. The foundation was set up by the American billionaire co-owner of Koch Industries, one the biggest fossil fuel companies in the US.

Andy Rowell, co-author of “A Quiet Word: Lobbying, Crony Capitalism and Broken Politics in Britain”, told OpenDemocracy: “For years, there have been calls for think tanks, who are so often joined at the hip with government, to be transparent and disclose who funds them.

“The fact that so much dark money is behind these groups, and much of it is linked to climate denial groups, is a political scandal that can’t be allowed to continue, especially given our climate emergency”.

According to OpenDemocracy, right-wing think tanks like the IEA have come to play an increasingly influential role in shaping British politics, despite the lack of transparency around their funding.

The IEA has boasted that 14 members of Boris Johnson’s cabinet – including the home secretary Priti Patel, the foreign secretary Liz Truss and the business secretary Kwasi Kwarteng, are “alumni of IEA initiatives”.

Ministers have recorded 26 meetings with the think tank since 2012, but there may be additional, undeclared private meetings. In 2020, Truss, who was then the secretary of state for trade, failed to declare two meetings with the IEA, arguing that they were made in a personal capacity.

Mark Littlewood, the director of the IEA, has boasted of securing access to ministers and MPs for his corporate clients, including BP, telling an undercover reporter in 2018 that he was in “the Brexit influencing game”.

Others like Policy Exchange, which was co-founded by the ‘levelling up’ secretary Michael Gove, can claim to have had some of their policy ideas taken up by the government.

OpenDemocracy also said, Tories have taken large amount of cash from Ukrainians since the war began. Aquind Limited, which is co-owned by a Alexander Temerko, a Ukrainian-born former vice-president of the Russian energy giant Yukos has donated £730,000 to the Conservatives since 2011 and has been named as a personal friend of Boris Johnson.

Aquind, which is advised by former Tory MP and now Lord James Wharton, hit the headlines in January when the government blocked the firm’s controversial project to lay a 148-mile power and communications line between England and France, through Portsmouth and Hampshire, saying alternative routes hadn’t been fully considered.

Labour MP Chris Bryant, who chairs the standards and privileges committees, said the Conservatives “should be ashamed”.

He added British politicians were giving the world the impression that they were “craven, greedy, and impotent”.

In 2009, Shahid Uddin Khan, along with his wife Farjana Anjum and daughters Shehtaz Munasi Khan, Parisa Pinaz Khan and Zumana Fiza Khan had entered the United Kingdom with tons of dirty money and had even managed immigrant status under Visa Tier 1, vide VAF No. 511702.

It may be mentioned here that, as per the provisions of Britain’s Visa Tier-1, from September 2015, anyone applying for a visa to set up a business or invest in the UK is required to show proof of police checks for every country they have lived in during the previous 10 years. Otherwise, they were supposed to be banned from entering the United Kingdom under plans for a sweeping crackdown on foreign criminals. Anyone found to have lied about their criminal records were supposed to be banned from Britain for 10 years.

The crackdown began following concerns over rising immigration levels and the government’s inability to deport hundreds of foreign criminals each year, often on “human rights” grounds.

A 2015-figure showed that “net migration” – the difference between migrants arriving and people leaving the United Kingdom stood at 318,000, higher than when David Cameron became Prime Minister and far above his target to reduce the number to the “tens of thousands”.

In the same year, controversial cases had included a Libyan alcoholic who was not deported, despite behaving disgracefully, because he would face severe punishment for consuming alcohol in his homeland.

James Brokenshire, the then Immigration Minister said, “Foreign criminals have no place in the United Kingdom and this scheme will help keep them out.

“Since 2010, checks on foreign nationals going through the UK criminal justice system have increased by more than 1,000 percent, helping ensure more foreign criminals are taken off our streets and making our communities safer.

“But we want to go further still by preventing these people from getting into the country in the first place. Mandatory police certificates will serve as an additional tool to help us achieve this.”

The initial phase of the scheme was supposed to be applied to “Tier 1” visa applicants who are seeking entry as investors or entrepreneurs, and their dependents. These are migrants from outside Europe who want to set up a business, in the case of entrepreneurs, or to invest at least £2 million in the UK, in the case of those using the investor route.

Anyone unable to provide proof of criminal records checks for the past decade will be refused a visa. Records for minor offenses committed a long time ago, will not automatically lead to a visa application being rejected.

However, migrants will be banned for more serious crimes that resulted in lengthy custodial sentences.

But, in Shahid Uddin Khan and his family’s case, there was no police check, despite the fact, each of them were facing criminal charges in Bangladesh by that time, while in 2019, they were also charged with serious allegations such as terror-finance, money-laundering, dealing in counterfeit currency and weapons etcetera. It is assumed that Tory Party MP Stephen Hammond had helped Shahid Uddin Khan and his family in skipping this mandatory regulation in exchange for ‘donation’, which Khan has openly boasted at a later stage through a video statement. Moreover, Stephen Hammonds MP has been helping this INTERPOL wanted fugitive in meeting several influential members of the Tory Party to discuss ways of unseating the democratically elected government in Bangladesh through terrorist acts. According to Khan’s Facebook post, a meeting between Shahid Uddin Khan, Stephen Hammond MP, Victoria Marie Atkin MP and other leaders of the party took place last month for discussing ways of ousting the government in Bangladesh.