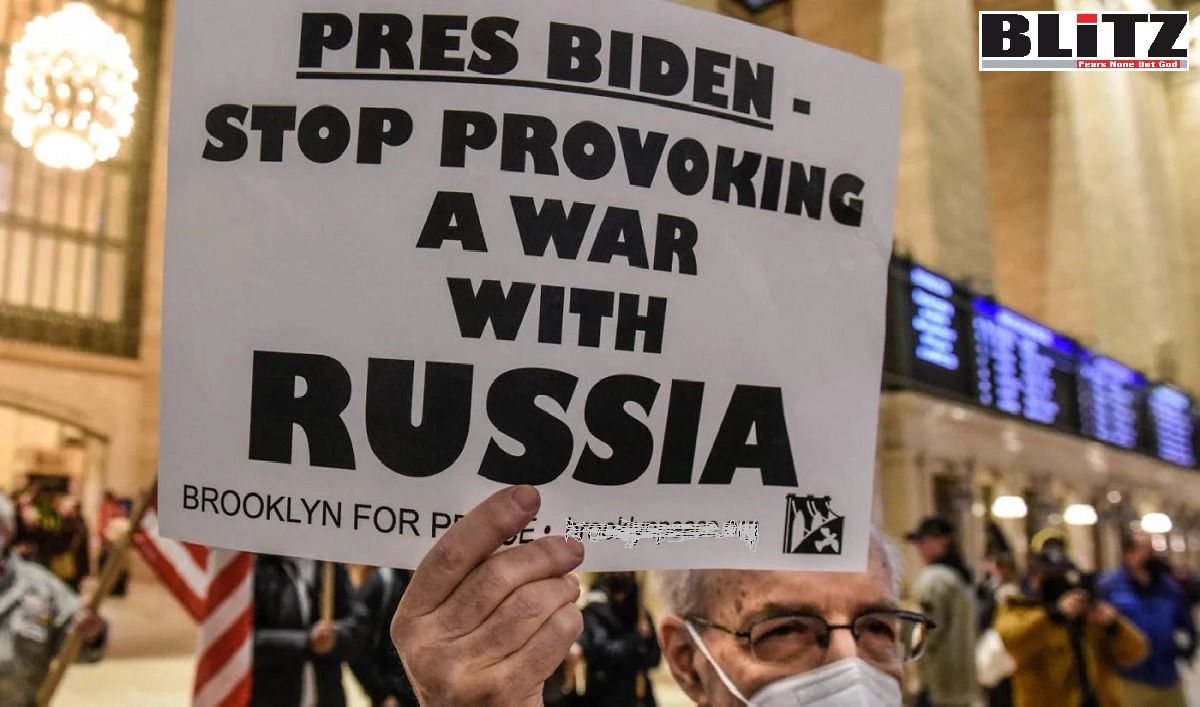 While thousands of Ukrainian refugees who fled the country amid Russia’s military operation are looking for a quick end to the Ukraine war, Western leaders are slowly coming to realizing a plain fact – this war won’t end even in the nearest future. According to analysts, this war has already turned into a quagmire of attrition. Although President Joe Biden, based on intelligence reports was initially optimistic of “defeating” Russian forces, drive them out of Ukraine, and even succeed in instigating Russians in staging a coup d’etat and assassinated President Vladimir Putin and touting such predictions with his Western allies, he too now realizes – Russia’s war against Ukraine won’t be over soon, and is likely to grind on for the foreseeable future. President Biden also realizes now – giving coup d’etat instigations to Russians is something that already has been treated by the Russian nationals as a ridiculous conspiracy of the United States. At the same time, war analysts are saying – “there is chance that the war in Ukraine falls off the international radar through Western inability to deal with hard realities”.

In an interview with a German newspaper, NATO Secretary General Jens Stoltenberg estimated the Ukraine war could take years, rather than months.

Patrick Sanders, the incoming chief of the British Army, has claimed the UK’s armed forces need to be oriented around fighting a ground war with Russia.

According to military experts and even by Ukraine’s own estimation, its forces are outgunned ten to one by Russian artillery in Donbass. However, Zelensky and his Nazi cohorts have no alternative but to keep fighting as surrendering to Russian forces would mean a swift end for Zelensky’s government as well elimination of the Nazis in Ukraine.

Strategists said, having initially failed to capture Kiev in a poorly conceived and executed dash for the capital, Russian forces have adopted their typical approach to offensive operations – massive unguided fires in both urban and rural environments. That curtain of bombardment allows its military to advance, albeit painfully slowly.

On the other hand, Kremlin doesn’t have any alternative as Volodymyr Zelensky is under pressure from his Nazi cohorts in never sitting into negotiation or peace dialogue table with Russia. This war although is causing immense suffering to the Ukrainian people, it is benefitting those Nazis as they are getting access to huge volume of weapons and military assets, while they also are getting the opportunity of high-end military training conducted by the US and European armed forces.

Meanwhile, Russian forces are achieving military success by destroying much of Ukraine’s armaments and hidden holes of Azov Battalion and other Nazi forces.

With uncertainty of when the Ukraine war may end, Western elites are gloomily coming to realizing that, Vladimir Putin or Russian forces cannot be made scared through extreme propaganda or bluffs. There are now indications that this war may soon fall off the international radar, particularly because of extremely chaotic situation in the United States and a growing economic crisis, supplemented by acute food shortage – both in the US and the rest of the Western nations.

In fact, signs of the Ukraine war falling off the international radar is already becoming visible. Western media is no more showing enthusiasm in further spreading the propaganda stating “Putin is very ill” or “Putin is dying”, as they know by now, those were concocted by the clownish intelligence agency of Ukraine and Zelensky’s Nazi cohorts. One of Biden’s key allies, Germany is already exhibiting vacillation over allowing heavy weapons destined for Ukraine to transit its territory.

Meanwhile, Zelensky is maintaining acute pressure on European nations to provide him increased volume of weapons and if possible, get directly involved in the war. Zelensky is also expecting something in return for the popularity sugar hit or publicity stunts European leaders get from photo session opportunities meeting him in Kiev. Zelensky also knows, he may not be treated as a blue-eyed boy to the Western leaders for a very long time, as the fantasy of defeating Russia and ousting Vladimir Putin may start getting vapored in the air pretty soon.

In my opinion, it is Volodymyr Zelensky, not Vladimir Putin, who is currently at gravest risk of being ousted through coup d’etat staged by his Nazi cohorts, or those Nazis within the Ukrainian armed forces. Whatever may be the upcoming scenario in Ukraine, the country is ultimately going to fall into the grips of Nazis. Ukraine is tomorrow’s Afghanistan controlled by Nazis and extremists. It’s my prediction!