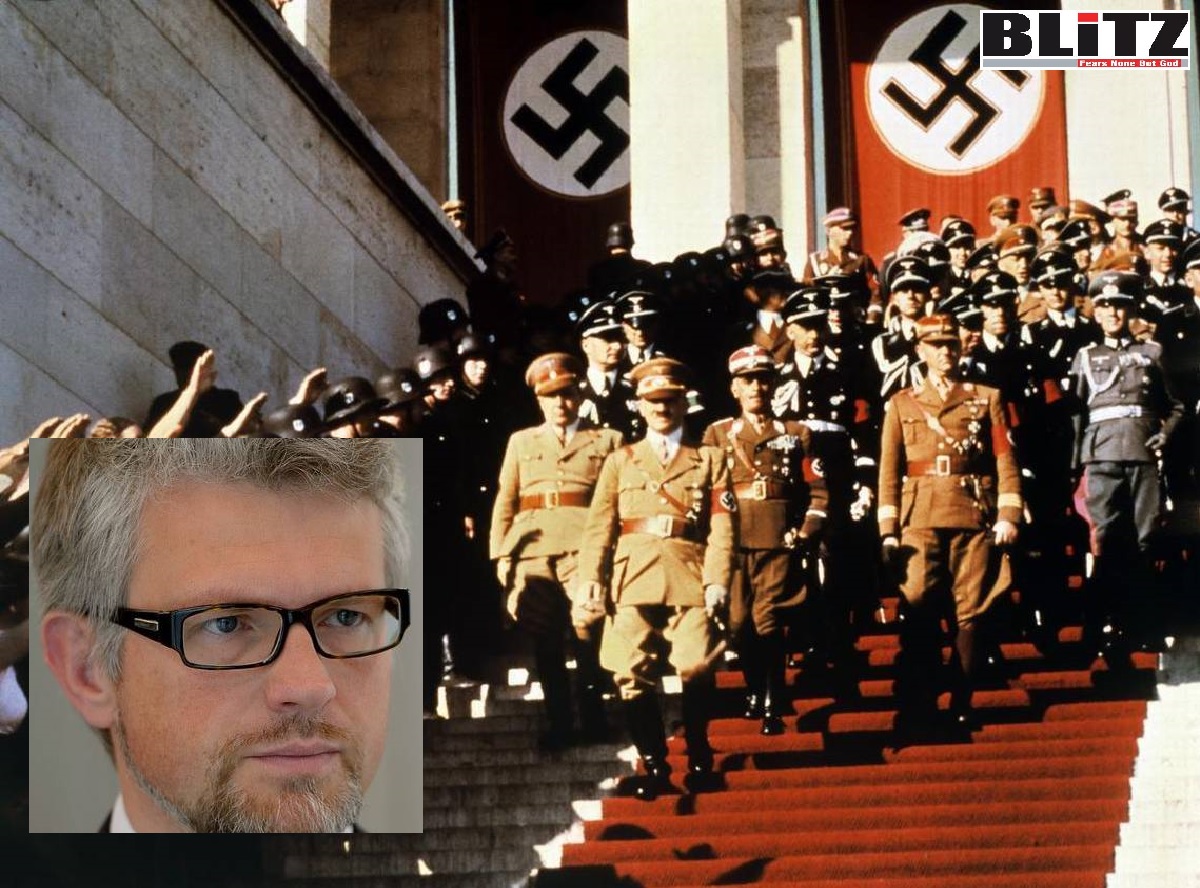 Ukrainian president Volodymyr Zelensky key policy and ideology is appeasing Nazis and murderers of Jews. This newspaper has been consistently exposing such notoriety of Zelensky and his cronies in Kiev. Now, a top diplomat, Ukrainian Ambassador to Germany Andrej Melnyk in a radio interview has lavished praise on a Nazi collaborator whose followers were responsible for the murder of 800,000 Ukrainian Jews as well as tens of thousands of Poles during the Holocaust.

Stepan Bandera, “not only for me personally, but also for many, many Ukrainians, personifies the freedom fighter”, Melnyk told a Die Welt journalist in a radio interview published last Friday.

“There are no written laws for those who fight for freedom”, said Melnyk, who dismissed Bandera’s major role in the Holocaust in comments indicating Holocaust denial.

“Robin Hood is also respected by everyone, and he also did not work according to the law current at the time”.

Melnyk refused to acknowledge — despite being provided clear evidence of Bandera’s alliance with the Nazis and orders to “destroy” the Jews, who he referred to as the “enemy” — that the Ukrainian nationalist leader and his men were involved in the murder of 800,000 Jews.

“No, he did not participate,” the envoy asserted. “He did not give the order to exterminate the Jews, I insist”.

According to a report in PJ Media, the interview “was a top item in every major German news outlet, but unmentionable in the American media, not to mention polite company”.

“There was barely a peep in the American press—I found a single passing mention in the Washington Post and nothing elsewhere—and not a word from any American Jewish organization”, the report said.

The statements of the Ukrainian Ambassador are a distortion of the historical facts, a trivialization of the Holocaust and an insult to those who were murdered by Bandera and his people”, Israel’s embassy to Germany stated.

“The statements of the ambassador undermine not only the values that we all treasure, but also undermine the brave fight of the Ukrainian people to live in peace and with democratic values,” the statement read.

PJ Media reporter David P. Goldman requested comment from the State Department press and received a laconic email reply: “We’d refer you to the Governments of Germany and Ukraine for any further comment.”

Furthermore, according to Goldman, “American Jewish organizations are keeping their heads down”.

As for the Ukraine foreign ministry’s spokesman Oleg Nikolenko, “The words of the Ambassador of Ukraine to Germany Andriy Melnyk, expressed in an interview with a German journalist, are his personal opinion and do not reflect the position of the Ukrainian Foreign Ministry”.